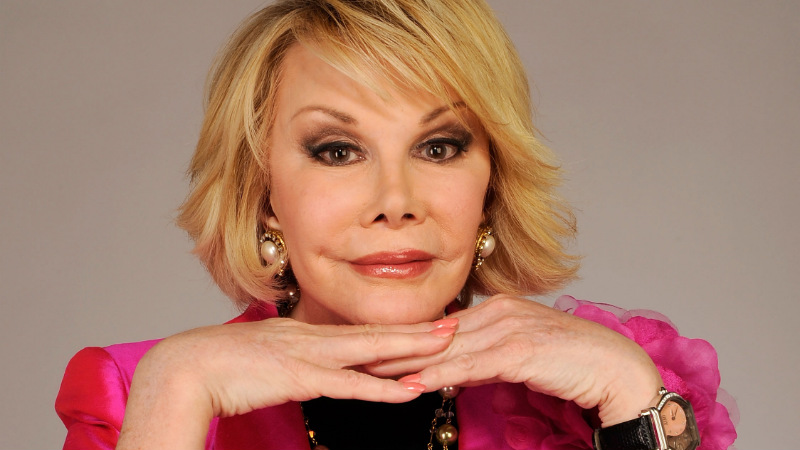 I just assumed Joan Rivers would be with us forever; that if she were going to pass away, it would be on television in the middle of a Fashion Police special; that she would die onstage because she lived onstage. Instead, hearing about her untimely death at age 81, from complications due to throat surgery, felt like a punch in the gut. She was always so alive, so quick, so with it, that when she went into a coma earlier this week, I kept envisioning her popping back up with a joke the moment she was revived. I thought of her constantly over the weekend as the celebrity nudes cloud-leak scandal broke. As I wished for Rivers’s safe recovery, I kept thinking she had to come back to us, so she could make the perfect joke about the whole thing.

Joan Rivers was ahead of her time and also of it. She understood what was wrong with all the ridiculous, complicated rules about being a good woman and gave voice to those stifled by them, but also seemed to hate herself for always falling short of the imaginary golden standard. She was conflicted that male comedians of the Mad Men era allotted her a kind of respect they didn’t allow other women, because they also didn’t sexualize her. She talks in the documentary Johnny Carson: King of Late Night about her mentor Carson, who loved and respected her as a comedian until they had a falling-out over Rivers launching her own late-night show (the first ever hosted by a woman … and one of a mere handful, still). Rivers talks about feeling insulted that Carson never hit on her, because although he was married, he apparently hit on every other woman in sight.

Rivers constantly acknowledged her own hypocrisy, but it felt like a proper response to a world that is full of it. She was accused of being bitter and mean, but how often do we call male comics bitter or mean? Comedy is a place for venting anger, and Joan Rivers had plenty of good reasons to be angry. She was an outsider’s outsider, a tough Jewish broad with a strong point of view, every bit of a revolutionary in the field as Lenny Bruce, who she says changed her life when she saw him perform at a club while she was studying at Barnard College. “He supplied the revelation that personal truth can be the foundation of comedy, that outrageousness can be cleansing and healthy,” she said. “It went off inside me like an enormous flash.” 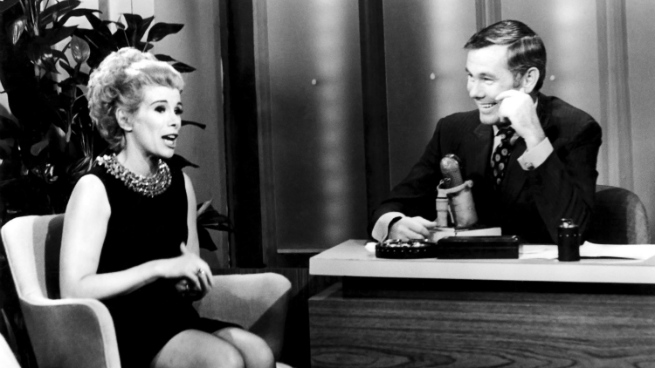 The acclaimed 2010 documentary Joan Rivers: A Piece of Work delves into Rivers’s private life and reveals that she was a hardworking, good-hearted, sometimes very lonely person. She was deeply affected by the suicide of her husband, Edgar, and her relationship with their daughter, Melissa, was complex and sometimes fraught. In A Piece of Work, Rivers was in her mid-seventies and talked about being at the age at which not only her peers but also her friends were constantly dying off. Although she made jokes about her age, she was openly grateful to be alive and working. Her string of bottom-feeding feuds were bait to keep her in the headlines, which throughout her career she had learned was the most important thing. She was an asshole onstage sometimes, but she was a mensch in real life.

If Rivers was insecure about her looks, it wasn’t her fault. She was, in fact, naturally beautiful, not that it matters. And she made her effort to stay beautiful forever into its own kind of joke. Rivers had her first plastic surgery, an eye lift, in 1965. Like Dolly Parton, she turned her self-aware gibes about all her cosmetic procedures into part of the act. Rivers’s hardened edges were part and parcel of her persona, and while it felt like she was always on, that was a well-crafted illusion.

Rivers was not perfect, and she made no apologies for it. She had endless insecurities and neuroses, and she wore them on her expertly tailored sleeves. She sometimes lashed out at younger, successful female comedians like Sarah Silverman for taking a share of her audience, and she forced Howard Stern to come to Lena Dunham’s defense after Rivers went on a rant about Dunham’s beach body on his radio show. She made mean jokes about Jennifer Lawrence and Kim Kardashian. Jokes at the expense of beautiful women were her sport, because it was one of the only defenses she had against men (like Carson) who stopped paying attention to her witticisms whenever one of those women walked into their view. For all her self-awareness, Rivers did sometimes seem to have internalized the misogyny of the era she came up in, and who can blame her? It was traumatizing. Carson never spoke to her again after she did her own talk show on Fox, seeing it as a betrayal of the guest hosting spot he’d allotted her on The Tonight Show. Rivers’s talk show didn’t take off, but she picked herself up and carried on, as she always did.

Although she was one of the first women to express socially unacceptable views through the character of a heightened persona, she didn’t necessarily want to roll out the red carpet for her younger inheritors. Rivers was one of only a few women who managed to get the respect of the male establishment,1 and she clung fiercely to her position, aware that it could be taken back at any moment. She saw herself somewhat exiled from that world after Carson iced her out, but Rivers was a constant fighter. She was unafraid of being tagged a bitch, and just watching her be so unafraid was inspiring. She never made herself smaller, no matter what backlash she got. She became brighter each year, embellishing her body and face like a canvas. She stayed relevant from the second half of the 20th century well into the 21st, an accomplishment for any artist. She never became a caricature of herself because she was always a caricature of herself. She was always one self-deprecating step ahead of everyone else. She seemed invincible, which is why her death came as a shock. I thought she’d outlive us all.

Filed Under: In Memoriam, joan rivers, A Piece of Work, Obituary

Hollywood's Horrid Summer: Why the Box Office Has Been Worse Than It Looks (and Won't Get Better Soon)