Hollywood’s Horrid Summer: Why the Box Office Has Been Worse Than It Looks (and Won’t Get Better Soon) 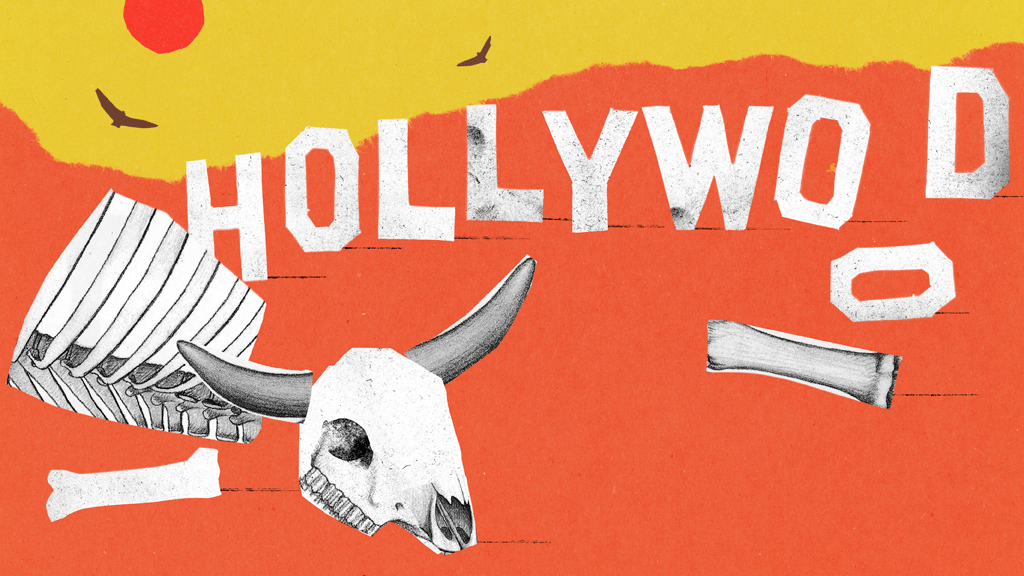 Are you looking to take the sting out of the end of summer? Maybe planning to go to the movies this weekend? Good luck with that. This Friday’s sole new wide release is something called The Identical, an inspirational speculative “faith-based” movie starring an Elvis impersonator that is basically about what would have happened if Elvis Presley’s twin hadn’t been stillborn. Tickets are still available! If you’re not into that, you can always go for the second weekend of the horror movie As Above, So Below, appealingly described on this site by Wesley Morris as “the visual equivalent of watching fruit, powder, and ice turn into a smoothie.” Or the third weekend (ha-ha, just kidding, this movie is so not getting a third weekend) of Frank Miller’s Sin City: Bottom of the Inkwell. Or the fourth of The Expendables 3, which I haven’t seen but which appears to be some kind of sequel to Cocoon.

In other words, you probably won’t be going to a theater this weekend. The 2014 summer movie season essentially ended on August 8 (a full six weeks before the end of summer itself) with the opening of Teenage Mutant Ninja Turtles, the reboot of the ’90s movie series based on the ’80s cartoon characters that was produced by the same guy who directed this summer’s Transformers: Age of Extinction, which was based on a bunch of ’80s toys. That’s the kind of summer it was: So much merch to move! Such heaps of discarded plastic packaging to recycle into still more product! So many demographics to placate! (Well, in truth, only the same one as always: men aged 12-to-aren’t-you-ashamed-to-be-at-this-movie.) And fall movie season doesn’t start until September 12, when two festival favorites, The Disappearance of Eleanor Rigby: Them (Toronto, Cannes, Jessica Chastain, ungainly title) and The Skeleton Twins (Sundance, Kristen Wiig and Bill Hader, peculiar title), will be the first to step onto the scales and have their Oscar-worthiness publicly weighed and calipered.

The pause between summer-movie season and fall-movie season isn’t new — there’s always been an avert-your-eyes weekend or two around Labor Day, when moviegoers are usually sucking up the last of their outdoor time before returning to work or school. But four straight weeks is grim: After months of throwing every possible sequel, reboot, and franchise at us, a completely spent Hollywood is now convulsing with a very public case of the dry heaves. Cough up something! Anything! Movies we’re contractually obligated to release! Movies we wouldn’t even stick in a Redbox outside an abandoned gas station! The fact that for one month, audiences get nothing but clearing-the-inventory stuff like Horror 3: The Re-Horroring — movies that even their makers know you’re unlikely to watch — is indicative of a larger change in film culture: Summer movie season and fall movie season are now so completely estranged that a seamless flow from one to the other is impossible. A monthlong sigh (the Death Valley that August-to-September has become is the new January!) feels like an almost dogmatic announcement that summer and fall are two different businesses emanating from separate universes.

As has been widely noted, the box-office numbers this summer were really not great. Not so awful that any grand statements about what audiences now hate should be prematurely road-tested, but pretty deflating nonetheless: The season was like looking around at a party you attend every year and realizing that a lot more people used to show up. Grosses were down almost 14 percent year-to-year in the poorest performance for an overall summer slate since 2006 — or, in terms of admissions, 1997. The dip seems to have happened not because of wholesale rejection of entire movies or genres (give or take A Million Ways to Die in the West) but because all the would-be blockbusters busted fewer blocks than they usually do. For the last several summers, thanks largely to a number of successful franchises as well as the comic-book movie boom, the industry has gotten used to domestic grosses of $350 million, $400 million, even $500 million. Even in 2007, four summer movies grossed more than $300 million apiece. Of this summer’s pictures, only Guardians of the Galaxy will cross that line.

Should studios be worried? I think they should be, a little. It’s probably not a complete coincidence that the year’s biggest surprise hit, The Lego Movie, is a self-aware fable predicting an eventual revolt by a captive audience that’s tired of being told that everything is awesome when everything isn’t. Accordingly, this summer provided a jolting reminder that there are some things even unstoppable systematized marketing can’t overcome: American moviegoers tend to get bored with a franchise by the fourth installment (Transformers), there is such a thing as rebooting too soon (Amazing Spider-Man 2), stars can lose their star power (Blended, Edge of Tomorrow), audiences can smell a cheap knockoff a mile away (Into the Storm), a sense of same-iness can turn a seemingly guaranteed home run into a mere triple (X-Men: Days of Future Past), and sometimes an idea is exactly as bad as it sounds (Clint Eastwood’s Jersey Boys). Yes, huge overseas grosses pulled a number of domestic shortfallers into very solid profit, but nobody believes that level of international enthusiasm is going to last forever. Historically, audiences in other countries tend to tire of the same stuff that Americans do; they just do it two or three years (or one sequel) later.1 On the bright side, the greater-than-predicted success of Maleficent, Lucy, and The Fault in Our Stars suggests that there might possibly be some money to be made in pursuing a demographic that … what’s it called … not “men,” but … I’m blanking. Forget I mentioned it.

It’s impossible to know yet if this season’s overall weakness was just an anomaly or if, more ominously, it portends a gradual but inexorable lowering of the box-office ceiling. Is $250 million the new $350 million? That would be the first sign of the only thing that truly terrifies the studios — a sense that people no longer feel they need to go to the movies. Never-mind-I’ll-see-it-later VOD culture has already seriously dented art-house grosses,2 and we may now be seeing the first trickle-up effect of that phenomenon; there’s reason to believe that the growing appetite for convenience over communality will eventually affect big films, too, and perhaps sooner rather than later.

If that’s the case, studios will be in big trouble, because it’s going to take them a dangerously long time to pivot; their commitment to giving audiences more of the same has never been stronger or longer-term. To my eyes, the essence of this summer was encapsulated not by any single movie, but rather by Warner Bros.’s announcement of nine new DC Comics adaptations — or, more accurately, nine release dates. That is now the moment at which the modern studio blockbuster is conceived. A distant endpoint checked off on a calendar, rather than a script, a director, or an idea, is where gestation begins.

The DC announcement was simply an extreme (some might say desperate) manifestation of an ongoing trend. There are now more than 40 movies that have nailed down release dates between 2015 and 2020 without having any other tangible qualities that might allow you to call them “movies.” I’m not even talking about cart-before-the-horse stuff like the already scheduled Avatar 4; I’m talking about “Untitled Fox-DreamWorks Animation/Fox–Blue Sky film” (opening July 20, 2018), and “Untitled Spider-Man Superheroine Spinoff Featuring Superheroine to Be Named Later,” (2017) or “Untitled Non-DC Warner Bros. Event Film.” (Just in case any other studio was even thinking of grabbing November 11, 2020, back off, because it’s taken by something completely amazing that will be written and directed by people who don’t even know they’re going to do it yet!) The new reigning aesthetic isn’t an aesthetic at all but a corporate strategy: call “Dibs!,” pray that somebody eventually comes up with something viable, and then proceed, whistling past the graveyard of possibly diminishing returns.3

What a relief, then, to turn to fall, especially right this minute: In very early September, everything on the horizon really is awesome (at least potentially). High-pitched caws of hyperbolizing can already be heard from Telluride, Venice, and, starting now, Toronto (“The loons! The loons! They’re welcoming us back!” as Katharine Hepburn said in On Golden Pond). With so much hope and possibility before us — nobody is even disappointed in The Hobbit: The Battle of the Five Armies yet! — four weeks of sitting in the cinematic equivalent of a waiting room doesn’t seem like too exorbitant a price to pay.

But it probably says something about Hollywood’s current anxieties that this moment is suddenly tinged with nostalgia emanating from an industry that’s usually bent on forgetting anything that happened more than 10 years ago. Large-scale reissues are unusual, but suddenly we have two: Last weekend brought a nationwide 30th-anniversary rerelease of Ghostbusters, and on Friday, a remastered 20th-anniversary edition of Forrest Gump will hit 300 IMAX screens. Once upon a time, those were big-studio summer movies — in fact, if you adjust for inflation, each of them did the kind of $500 million–plus business that Hollywood did not get with its big-ticket lineup this summer. What else did they have in common? They weren’t sequels, or franchises, or intended primarily for children. And neither fit neatly into an acceptable summer genre. Forrest Gump, despite its now-entrenched reputation as The Old People’s Movie That Stole Best Picture From Pulp Fiction, was actually a formally and technically innovative piece of bizarre historical reprocessing that was based on a minor novel for adults (not “young adults” but real ones); in other words, it was the very opposite of pre-sold. And Ghostbusters took a big, effects-driven genre and harnessed it to casual, slapdash, referential comedy — a hybridization that was not, at the time, a particularly well-worn path to success.

That gamble paid off — exactly the way it paid off this August for Ghostbusters’ direct spiritual descendant. Guardians of the Galaxy is the first summer-season champ in 11 years that isn’t a sequel, and like The Lego Movie, it’s at least as much an eye roll at the cookie-cutter blockbuster genre as an embrace of it. Which leads to, if not a downside, at least a question: If the movies that are doing the most business these days are those that offer gentle but pointed reminders that most of the movies that surround them are crap, what does that mean for the future of crap?

Best not to ask right now. Summer’s over. Fall’s almost here. And Paul Blart: Mall Cop 2 is just 32 weeks away.