Career on Fire: The Increasingly Strange Case of Amanda Bynes 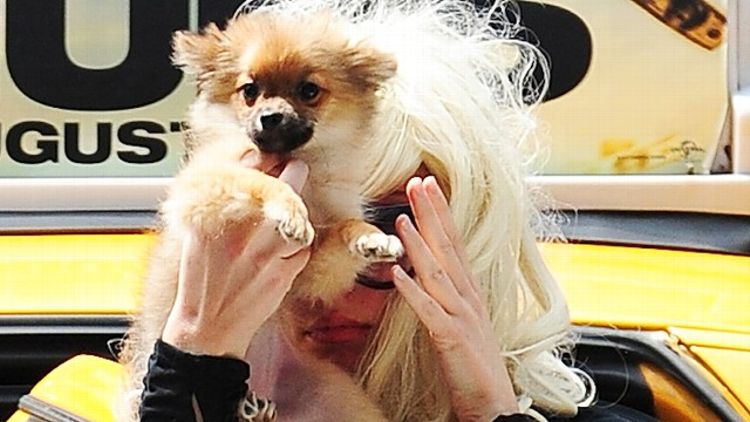 Since the very public unraveling of Amanda Bynes first began, some of her fans have kept up hopeful speculation that she has just been clowning us all. While we would love it if Bynes were actually just secretly filming a mocu-reality celebrity performance art update of A Woman Under the Influence with Gus Van Sant, it seems pretty obvious by now that this is not the case. Bynes’s evolution into a bewigged diva has been motivated by an obsession with video girl Blac Chyna, whose style Amanda’s object-crush Drake has confessed to admiring. After her bong-dropping blue-headed stint in New York, Bynes returned to her home turf this week, the Los Angeles suburb of Thousand Oaks, perhaps coincidentally located not too far from Drake’s own West Valley mansion.

On Monday she was arrested after a local passerby found Bynes accidentally setting fire to her pant leg while purposely setting a small gas fire in the driveway of a stranger’s residence. According to the police, “it wasn’t an attempt to burn down the house or anything” and “did not damage the property” although there are visible scorch marks on the driveway in photographs. Bynes told the man who found her that her dog (who was also there) had been injured, before she tried to bolt into a cab. He told the driver to hold off on taking her anywhere, and the cabbie complied.

Amanda was able to evade legal action in New York, partly because cops could not prove that the bong she allegedly dropped out of her apartment window was not, as she claimed, a vase. They couldn’t even locate the bong/vase at all. Maybe it was a Rubin vase? Bynes showed up for one of her court dates in an instantly iconic baby blue wig and Alvin Ailey American Dance Theater tank top, accessorized with black sweatpants. She accused the cops of harassing her and claimed she had not been rolling a joint in the building’s lobby, the supposed reason the NYPD was called in the first place. She still has drug charges in New York, which might be one reason she fled back to California.

Bynes has been tweeting nonstop throughout her breakdown, assigning some of the more explicitly mentally ill–sounding tweets to an alter ego Twitter account. Many of her tweets have been incredibly racist and hateful, as she slams everyone from Drake to her own parents for being “ugly.” Her tweets range from banal to creepy to downright frightening. She tweets constantly about getting plastic surgery and undergoing a nose job to look better, but it’s ambiguous whether she’s actually had any recent plastic surgery. She seems like something of a compulsive liar, but possibly because she is delusional. She’s repeatedly accused photographers of publishing photos of women “impersonating” Amanda, when the pictures clearly show Amanda Bynes.

Semi-recently, Amanda completely shaved her head and started wearing a fluffy blonde wig all the time, prompting flashbacks to our nation’s other famous former child star’s mental breakdown that took place in the west valley: Britney Spears, who wore a pink bob wig around L.A. after shaving her head in the umbrella attack heard ’round the world. The paparazzi photographer whose car Britney attacked during her breakdown was attacked again recently by Kanye West. Maybe it’s time for that guy to consider a new line of work?

Although it has never been confirmed exactly what drugs (if anything) Spears was on at the time of her breakdown, like Bynes, her behavior seemed incredibly manic and scarily erratic. When the cops were called to Spears’s house in 2008 after she allegedly tried to do self-harm, they reported that she was “under the influence of an unknown substance.” She was placed under a 5150, which is the Californian medical code for an involuntary psychiatric hold. The criteria for a 5150 are that the subject must present “danger to others” or “danger to self,” which “is not limited to being suicidal,” including behavior like “the intention to respond to the delusion that there is a computer chip embedded under one’s skin by digging it out with a knife.”

Those under a 5150 hold are promised “dignity, privacy, and humane care,” but in the case of stars like Spears or Bynes, the first two are almost always breached. Another witness, who says they saw Bynes’s arson and made a 911 call, claimed that Bynes was “creating a makeshift explosive” by placing a burning cloth over the mouth of the gas tank. The fire department put out the flames before the gas tank had a chance to explode. A normal 5150 lasts 72 hours, but depending on what officials decide after they mentally evaluate Bynes, it could last as long as two weeks.

Bynes owns a place in nearby Calabasas, and according to some sources she only went back to Cali because she was running out of money and nobody wanted to rent an upscale apartment to her, since she’d become such a liability. While she is 5150’d, Bynes’s parents are considering taking a legal conservatorship over their 27-year-old daughter, much like the one Spears’s father, Jamie, sought after her breakdown. While it’s unclear whether Amanda is on a lot of drugs, severely mentally ill, or both, somebody clearly needs to step in. Hopefully it’s not already too late.

Aaron Paul's First Onscreen Kiss Was on 90210, As Romeo, With Donna Martin Creeping Nearby