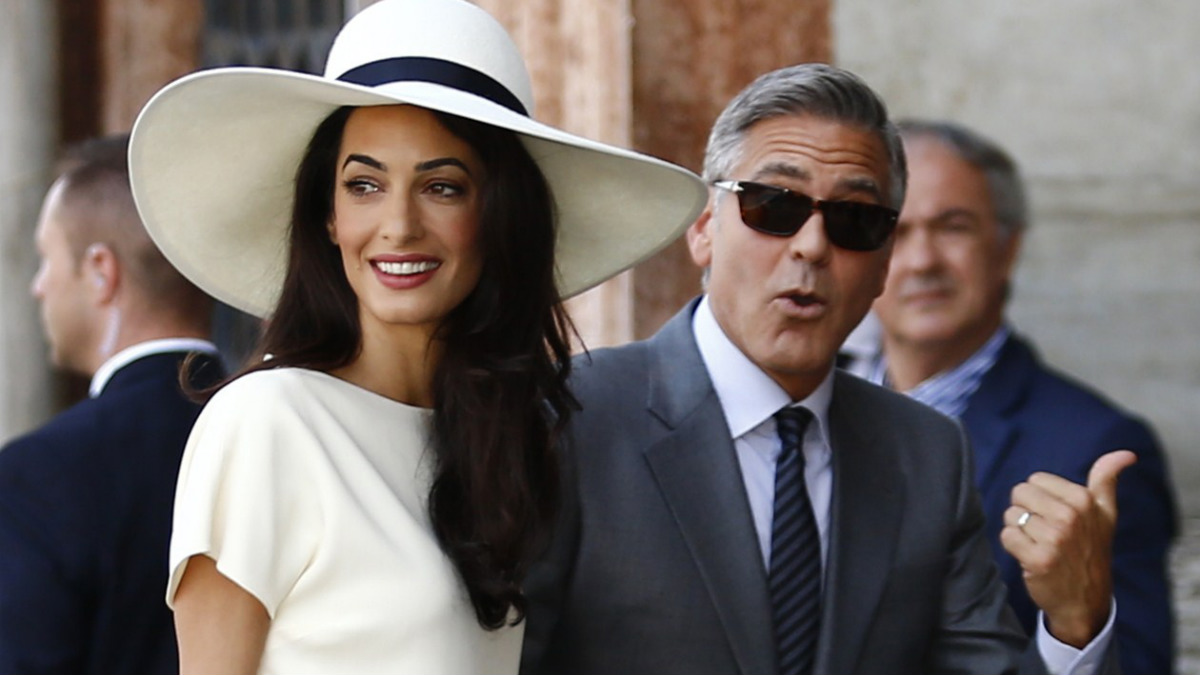 We’ve entered a new era. We live in a world where George Clooney has a permanent plus-one. After months of speculation, he and human rights lawyer and barrister Amal Alamuddin finally got married in Venice, with a water taxi processional. The details are beginning to surface.

E Online estimates that the wedding cost $4.6 million, but I’ve got some questions about their math. In this calculation, they included the cost of all guests’ three-night stay in Venice. Considering that George and Amal hosted celebrities like Bill Murray, Bono, and Matt Damon, I have a hard time believing that the couple paid for everyone’s hotel. We’ve all been to a wedding where the couple expects you to spend an unreasonable amount on their nuptials, and if anyone can understand this frustrating plight, I’m sure it’s Clooney. A genial guy like him totally would offer to foot the bill, but can you really see Bill Murray accepting? $4.6 million is probably a little high, but this fiesta still cost a lot of money. E goes on to estimate that the space rental and all production costs (lights, table rental, flowers, etc.) probably cost around $780,000. The most staggering expense was the price of one of Alamuddin’s dresses. E writes it was an Alexander McQueen dress designed by Sarah Burton, who also designed Kate Middleton’s sleeved number, at a cost of $380,000. People confirmed that she wore Oscar de la Renta for the actual ceremony, though. Regardless, we can safely assume her custom clothes were not cheap.

My favorite detail so far comes from a speech given by one of the bride’s friends, Jae Kim. She said, “ever since she met George she has been on time.” Of course Clooney demands punctuality! He is perfect, after all. I hope these two enjoy a lifetime of happiness.

I thought the story of Amanda Bynes was going to be a happy one. After several problematic incidents in 2013, she had receded into a quieter life in 2014. She was reportedly living with her parents, attending the Fashion Institute of Design and Merchandising (you know, where Lauren and Stephanie Pratt went on The Hills), and taking her medication. So much for that.

TMZ reported earlier this week that she was arrested for a DUI, apparently driving under the influence of a “stimulant,” which was later revealed to be Adderall. She may have a prescription for it, but the larger problem seems to be she has returned to general reckless behavior. She’s back to smoking weed, and now that her conservatorship under her parents has ended, she has moved into her own apartment in Orange County and stopped taking her antipsychotic medication. She’s also no longer at FIDM because she was kicked out after going to class high, paying her classmates to do her work, and being a disruptive presence. TMZ has been all over this story, including running a hot take claiming her parents decided against renewing the conservatorship because they don’t believe she has a mental illness. Rather, they think she’s just a spoiled brat. Whatever the case may be, let’s hope Amanda Bynes stabilizes!

Last week Amber Rose and Wiz Khalifa announced they were getting divorced. Early reports suggested Nick Cannon may have been at the center of the break-up. Amber Rose was the adulterer, or so the narrative said. This week, though, Grantland podcaster and Hot 97 DJ Peter Rosenberg set the record straight. Or, at least, offered an alternative narrative. Amber and Wiz broke up after she walked in on him having a threesome with twins. Gawker has a screenshot of the alleged twins. According to Rosenberg, Rose caught them in her own home. I couldn’t help but think of the iconic scene from Old School, when Luke Wilson’s character catches the “early flight home from San Diego [to find] a couple of nude people [jumping] out of your bathroom blindfolded like a goddamn magic show, ready to double-team your girlfriend.” The Will Ferrell movie didn’t address catching your significant other with twins, which seems even worse.

Thanks to Paris Fashion Week, some of our most belligerent celebrities have decamped to France. What a quiet week it must have been for the paparazzi of Los Angeles! North America’s top delinquent, Justin Bieber, took his talents to Europe, where he continued to be a complete menace. After a late-night dinner with American blight Kendall Jenner, Bieber got into an altercation with a photographer outside his hotel. Bieber punched him! If this sounds familiar to you, it’s because he has gotten involved in similar confrontations at least twice before. Apparently he was agitated when there was a horde of paparazzi outside his hotel. Bieber’s bodyguard attempted to hold him back to prevent any escalation. Luckily for J.B., no charges have been filed.

Elsewhere in the City of Lights, Jay Z, Beyoncé, and David Beckham watched Paris Saint-Germain take on FC Barcelona. Jay and Becks seemed to have had an appreciably better time than everyone else. Look at this photo. Everyone, Beyoncé included, is ready for a nap! But perhaps napping is just in the air over there, because North West couldn’t stay awake either. Kim and Kanye have been dragging her to fashion shows all week, so she’s surely pooped. 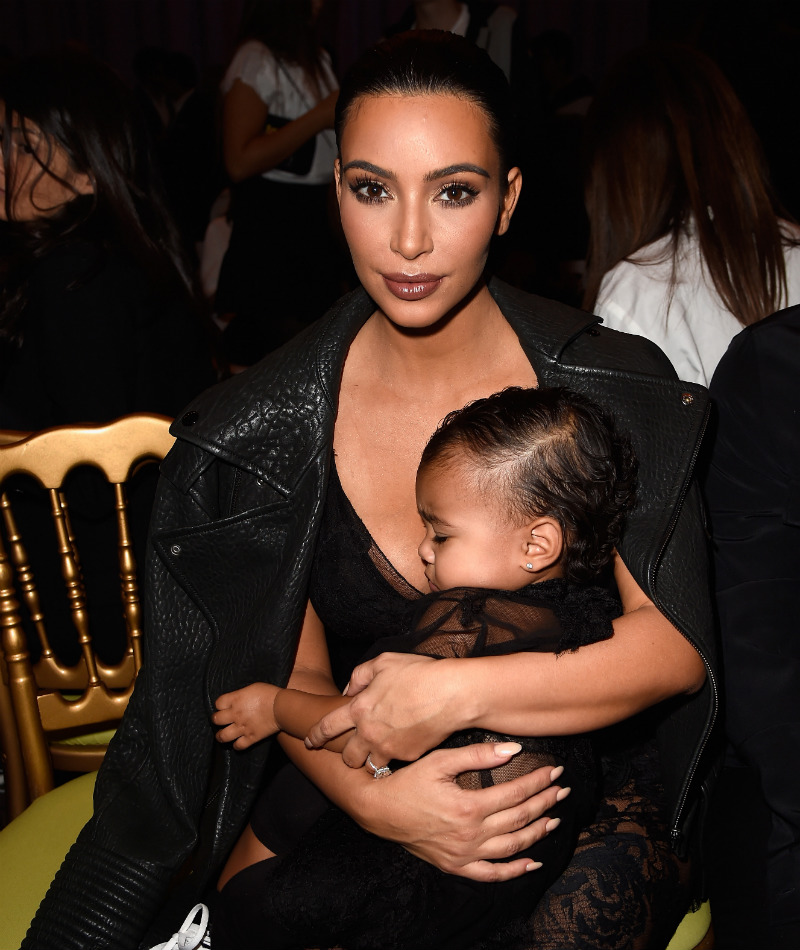 Celebuspawn of the Week: Mila Kunis and Ashton Kutcher’s Daughter

Mila Kunis and Ashton Kutcher are now the parents of a baby girl. Mazel tov! She gave birth at Cedars-Sinai, which is where North West and many other celebrity babies were born. TMZ says they arrived at the hospital without an entourage, but it’s still possible that they went for the deluxe birthing suite.

Game of Equations: Solving the Most Puzzling Mysteries in Westeros, With Crazy-Person Math