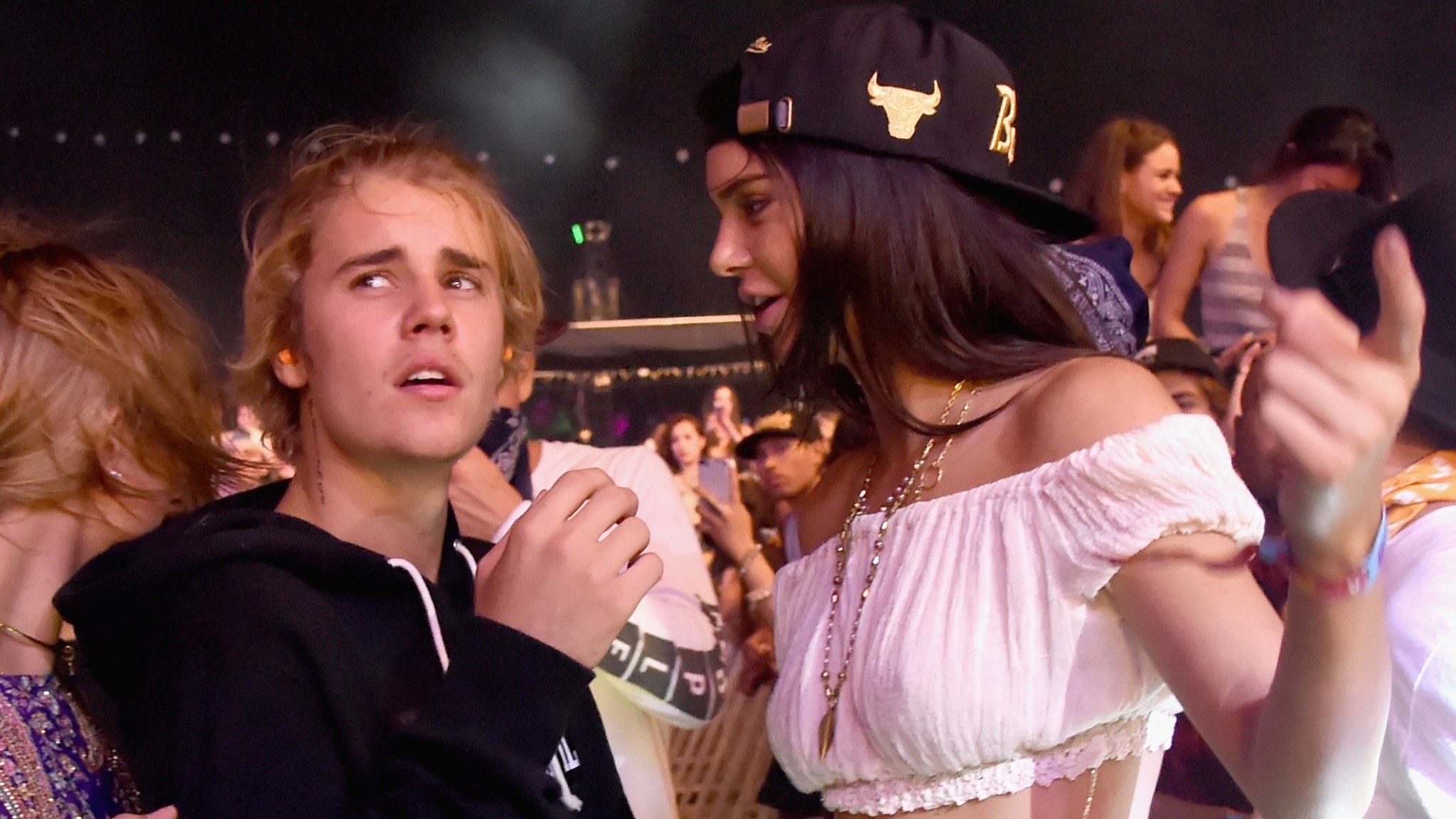 Excommunication of the Week: Justin Bieber

Tumultuous weekend at Coachella for everyone’s favorite Canadian delinquent. Justin Bieber, still riding his reputation resurrection wave, took his act to the desert. He didn’t perform in the traditional sense, but he did appear in several photos looking awfully close to Kendall Jenner. Page Six reports that the pair was spotted at several parties together. And that was the noncontentious part of Bieber’s weekend.

Tension escalated when he tried to sneak 19-year-old Kendall into the 21-plus Neon Carnival party, which Brent Bolthouse of The Hills fame throws annually. Kendall covered her face with bandannas, but the security guards denied her nonetheless. According to E!, “Justin caused an enormous scene and threw a fit to try and let his famous friend inside.” Chivalry is alive! Kendall should take solace in knowing that this is not the first time Bolthouse has ruined someone’s day (or life). There was also the time he promoted useless Heidi Montag over the more-deserving Elodie in Season 3. You are not alone, Kendall!

From there, the weekend devolved even further for Justin. Allegedly, he flirted with models Irina Shayk and Josie Canseco, which enraged Jenner. She was seen storming off, crying, and calling Justin “douche bag.” I’d venture that there are several more offensive and appropriate labels for him. This episode did not stop Bieber from carrying on with his Coachella debauchery, though. He attempted to enter the VIP section at Drake’s weekend-closing, headlining set. Security refused his entry, thus marking his second run-in with Coachella gatekeepers. This one proved even more demeaning. Not only was he turned away, but security put him in a choke hold. A choke hold! Even though he has beefed up over the last couple of years, I don’t think anyone considers this guy a physical threat, so we can only assume that his churlish behavior reemerged. Apparently one Comedy Central roast does not wash away all bad behavior. Or maybe Drake just does not want this guy associated with his brand. Either way, tough break, Justin.

Drug Bust of the Week: Nelly

Nelly, once the patron saint of St. Louis, has found himself in a spot of trouble. Police say he was arrested in Tennessee after his tour bus was pulled over for failing to display the proper U.S. Department of Transportation and International Fuel Tax Association sticker. Smelling weed, police boarded the bus and said they found meth, marijuana, guns, and drug paraphernalia. Nelly has taken responsibility for allowing too many people on his bus, but he says the meth wasn’t his. His lawyer adds that it wasn’t even meth, it was ecstasy. I just hope this doesn’t get in the way of his country crossover career, as I genuinely enjoy “Cruise” and “Over and Over.”

Tori Spelling and her family celebrated Easter at a Benihana in Encino, California. At the restaurant, she tripped and fell, landing on a hot grill. Photos preserved by the Daily Mail suggest that she made it out of the restaurant without devastating injury, though she can be seen inspecting a burn on her arm. It turns out that the burn was actually significant and she needs a skin graft. Tori and Dean haven’t decided if they’ll be pressing charges yet. Not even a burn can stop her from Instagramming, though.

Thanks for an amazing day @scoutmasterson and @thebillhorn Perfect #Easter Sunday! Aside from the Benihana Burn!

Fractured Sisterhood of the Week: The Traveling Pants

Amber Tamblyn recently went on VH1’s Morning Buzz, where Nick Lachey asked if she, America Ferrera, and Rory Gilmore were godmothers to Sisterhood of the Traveling Pants costar Blake Lively’s daughter. Tamblyn said, “Yes, that is a fact.” How cute. But wait: Lively denied this in an interview with E!. Apparently her sister is the actual godmother, and the three actresses are just “fairy godmothers.” Why did Lively need to correct the record here? Isn’t it rude to openly correct your supposed best friend in the middle of a press junket? Never let her wear the pants again.

Breakup of the Week: Bobby Flay and Stephanie March

Celebrity chef Bobby Flay and actress Stephanie March are splitting up. His name has been mentioned in affair rumors several times, with potential mistresses January Jones and Giada De Laurentiis. Both of these are intriguing possibilities, but both women have been mentioned in many rumored affairs. They’re either all true or all fake, which gives us very little insight into the Bobby Flay divorce. The breakup has already turned sour, as TMZ has a shocking number of stories about the prenup and other financial details. The volume of information is outsize compared to Flay and March’s combined fame. Nonetheless, we now know their agreement favors him and he’s already looking for a new apartment, for which he’ll pay at least $10 million.

Suspect Couple of the Week: Jake Gyllenhaal and Rachel McAdams

These two were spotted having dinner together last weekend in Los Angeles. The New York Daily News called it a date, and the rumors spiraled from there. But wasn’t he dating Ruth Wilson during awards season? Did that end? He has had so many rumored girlfriends that it’s surprising he hasn’t fled for another country. People disputes the rumor, not that we needed any “source” to shoot this one down. See with your next not-girlfriend soon, Jake.

We Went There: Live From New York, It’s ... a New ‘SNL’ Doc, Ludacris, and the Tribeca Film Festival’s Opening Night!