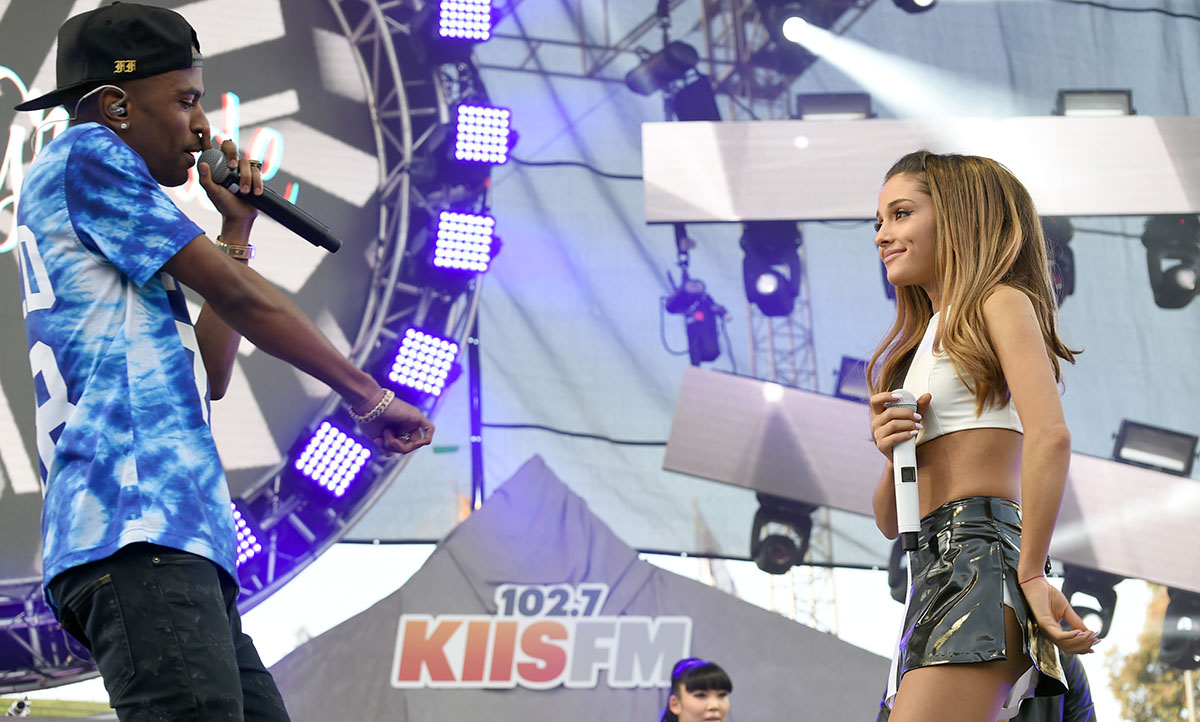 Breakup of the Week: Ariana Grande and Big Sean

Ariana Grande and Big Sean broke up. They had been together for eight months, he coming off a relationship with Glee’s Naya Rivera, who was the alleged subject of “I Don’t Fuck With You.” In their joint statement, Grande and Sean proclaim that “they both deeply care for each other and remain close friends … We kindly ask that the media respect their wish for privacy regarding this personal matter at this time.” This is the sort of language Robin Wright and Sean Penn should have used after their decades together and multiple attempts to reconcile. It’s the kind of compulsory statement that long-time couples hide behind when they split up, but given the duration of the relationship in those cases, the sentiment could be true. Grande and Sean dated for under a year, and, at 21 years old, she’s barely allowed to enter a bar. These two need not feign respect. Go your separate ways and call it a day. No one is expecting a Rumours-style album out of this — though I think we’d all happily accept a sequel to “IDFWU.”

Their relationship began to falter in February, when she failed to attend his House of Blues show in West Hollywood. She had to prepare for the next night’s Grammys instead. TMZ also cites her demand that he spend thousands on a private jet to see her as a breaking point. He did not appreciate her “spendthrift” ways (nor do I). Ultimately, his camp is citing “immaturity” as the downfall. Given her penchant for being carried, it’s not hard to believe. At one point, a reconciliation was possible, but Sean did not appreciate the time that Justin Bieber jumped onstage to hug Grande. Justin Bieber ruins everything.

Diva of the Week: Patrick Dempsey

Most of the world is no longer watching Grey’s Anatomy, and therefore most of the world is making a huge mistake every Thursday. Despite being in its 11th season with a cast that has turned over more times than someone seeking a perfect full-body tan, Grey’s remains a satisfying and entertaining watch. Seriously. Part of the joy is how the show’s writers have deftly evolved Derek Shepherd and Meredith Grey beyond the fling turned love triangle it began as. Their relationship is the core of the show, but apparently this emotional primacy is not enough for Dempsey.

Page Six reports that, in the great tradition of Katherine Heigl and Isaiah Washington before him, Dempsey is clashing with Shonda Rhimes. He’s accused of acting like a diva. He was conspicuously absent from many episodes this season, but not in the way that sometimes happens with large, ensemble shows. There have been several episodes built around his absence. This must be Shonda’s punishment: She tortures you by showing that a character’s absence is as valuable or more so than his or her presence. He’s contracted through the end of next season, but maybe Shonda will pull the plug earlier. I, personally, don’t have the emotional fortitude to survive a MerDer breakup or separation of any kind. Fall in line, McDreamy.

Bradley Cooper brings his mom to red-carpet events, saving his dalliances for the gossip pages. Page Six has an “exclusive” this week: Coop was spotted taking in a Broadway musical with Irina Shayk, the Russian model who formerly dated Cristiano Ronaldo. A “source” also adds that they’ve been “hanging out” for a week. Only in romantic comedies is a week long enough to warrant attention. And while Cooper absolutely should star in his own Ephron-esque movie, this dalliance doesn’t count.

Custody Fight of the Week: Hilary Duff and Mike Comrie

Why is Hilary Duff still famous? She has a new show on TV Land, but she hasn’t really been relevant since 2006, riding the waves of Lizzie McGuire and her song being used for the Laguna Beach intro. She didn’t even marry a B-list athlete: Mike Comrie is a former hockey player. Even Kristin Cavallari nabbed an NFL player! Nonetheless, Duff still exists in the celebrity orbit, and this week her divorce negotiations are making waves in the atmosphere. She filed for sole custody while her ex is requesting joint. Moving on.

The Kardashians represent everything that is wrong with our celebrity culture. But, damn, this is a cute kid.

Q&A: Vic Mensa on His Debut Album, Kanye, and Not Knowing What U2 Sounds Like