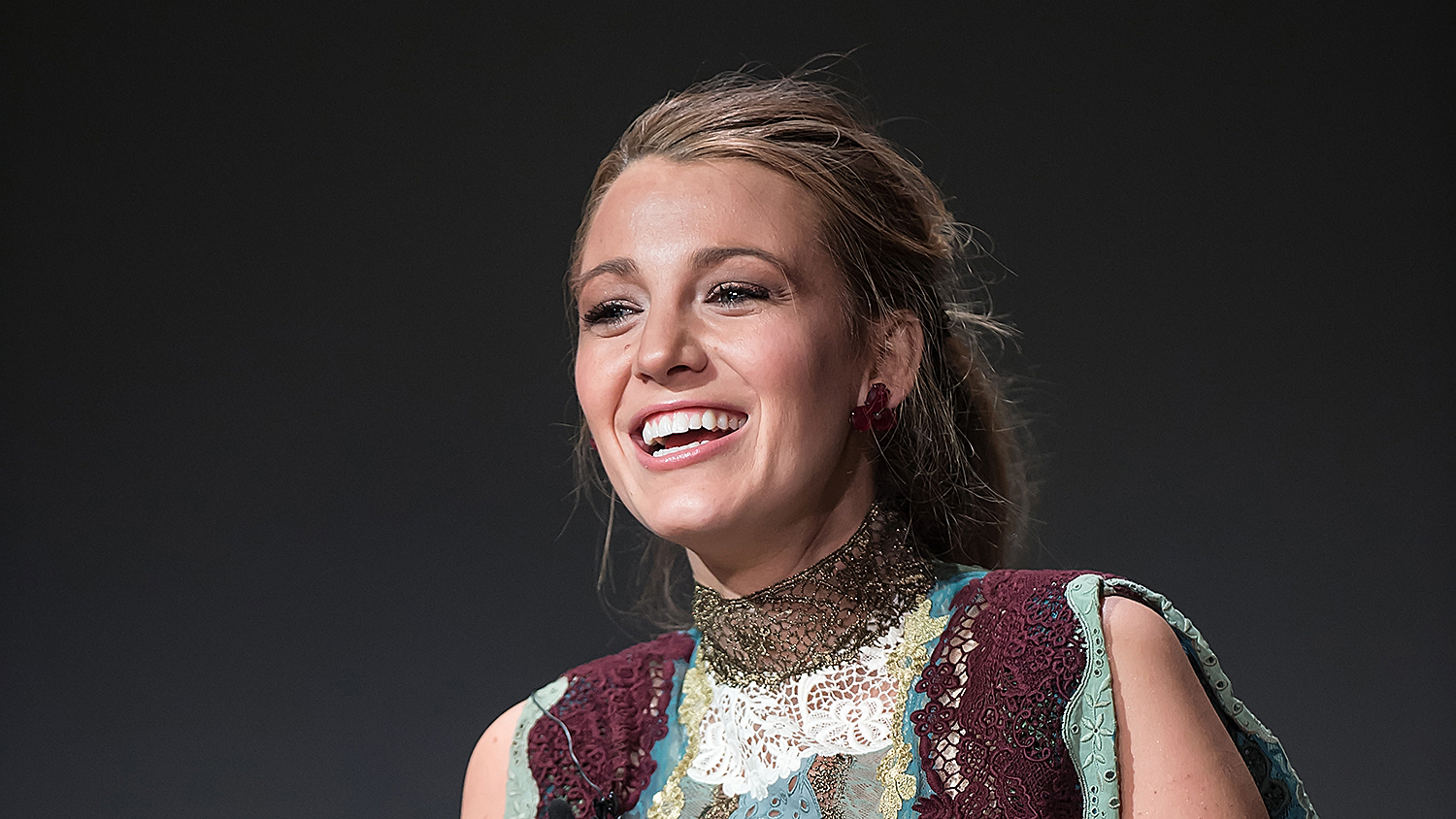 All careers, even the great ones, have their ups and downs. Michael Jordan had his Wizards run. Shaq spent a year with the Celtics. Tiger Woods has his entire life right now. Our legends are fallible, but they don’t become legends without the sort of dizzying heights of success we mere mortals can only dream about. A great man once said that life is a highway, and if you really are gonna ride it all night long, you might get a flat tire or two in the process.

Consider Blake Lively. Ever since her star turn on Gossip Girl, she has gone on to star in several high-profile Hollywood films — the most successful of which, Green Lantern, is considered an utter flop. She started her own website, which, we don’t mind telling you, is pretty hard to do. But everyone hates it. She can be vacant, and she can be charming; she is in movies, but not a lot of people see them, and even fewer could name more than three of them. In “honor” of the release of The Age of Adaline, we look at the peaks and valleys of Blake Lively’s career. Funny thing: There are almost no valleys. She must be the greatest movie star of our time.

Katie Baker: Greetings, Upper East Siders! If your idea of peaks and valleys is limited to a hungover black-car ride from SoHo to Carnegie Hill, you’ve clearly never climbed the Swiss Alps of socialites, Serena van der Woodsen. In a world of scheming frenemies, love quadrangles, international intrigue, and domestic royalty, no one slunk lower or ascended higher than our favorite blonde bombshell, played with mumbling ennui by a luminous Blake Lively. Sure, sometimes her story lines got more repetitive than a chatterbox on cocaine, and sometimes her onscreen charisma could turn downright van der Wooden. But when it came to career buzz for Lively, this six-season show was the honeypot, and Serena was and always will be the undisputed Queen Bee. Be careful, or you just might get stung. XOXO, Gossip Girl.

Mark Lisanti: The Boston accent is wicked tough. It’s nearly undefeated in entertainment history. It’s dominated Oscar winners like Jack Nicholson and Robin Williams, roughed up Christian Bale and Leonardo DiCaprio and Alec Baldwin and Julianne Moore. It even occasionally sounds a little hinky, a little too big, coming out of favorite native son Ben Affleck’s mouth when he has to release it from the linguistic Kraken-cage that allows him to operate in Hollywood on a day-to-day basis.1 In truth, it should not be attempted by anyone born outside of Massachusetts. It’s just not worth it. Make every out-of-towner in your Southie- or Charlestown-set movie a transplant. You’ll be so much better off in the long run.

So, um, yeah: Blake Lively in The Town never stood a chance.

You can’t plop Serener Vannawoodson2 down on a barstool, whisper “pahk the cah in fahking Hahvahd Yahd … ACTION!” in her ear and expect to get anything approaching regional verisimilitude. Sure, she was miscast as a junkie single mom anyway. Sure, she gave it her best shot, especially in the scene above, against Jon Hamm’s tactical accent opt-out, and that “Oh, honey” look he’s giving her. Sure, she’s a Canadian (by marriage), because why not mention that while we’re explaining why this performance prompted a suspicious call from her agent playing up how great the script for The Sisterhood of the Traveling Pants 3 is. Wicked tough, that accent. But Pants 3 is gonna be so good.

Peak — The Sisterhood of the Traveling Pants

Juliet Litman: If someone is going to be as pretty as Blake Lively, it’s only fair that she also be a head case. That’s who Bridget Vreeland is in The Sister of the Traveling Pants. She’s a talented soccer player who pursues a cute, older counselor at her summer camp. Her mother suffered from depression and committed suicide, leaving Bridget with just her father, with whom she has a distant relationship. The pants empower her, but she goes after the guy because of her daddy issues. This is a Blake Lively role I can get behind. In this Delia Ephron joint, her beauty is a given. Of course the hot girl is precocious enough to go after the hot older man. Isn’t that what fictional hot girls do? Lively should never play a roll in which she is anything other than the prettiest girl among her peers, because that is her purest self. All her endeavors that focus on anything but her most obvious asset are missing the point of Blake Lively.

Chris Ryan: Savages is an Oliver Stone movie that I hated, based on a Don Winslow book that I quite enjoyed. It’s about two California beach bums — one an ex-Navy SEAL, the other a gifted horticulturalist. I know, classic buddy-movie pairing already. Our two heroes, Chon (sure) and Ben, are two of the biggest weed dealers in Laguna Beach, selling kind bud and enjoying the good life with their shared girlfriend [dramatically sweeps all files off desk] OPHELIA SAGE, played by Blake Lively.

This was a no-win situation for Blake, not unlike the one she found herself in with The Town. First of all, she had to play someone named Ophelia. Second of all, she had to play someone so intoxicating that she could not only support this polyamorous relationship but also, upon her kidnapping, inspire her lovers to go to war with a Mexican drug cartel. That’s a BIG ASK, girl.

This movie is a car crash on the 405 freeway to hell. And yet, I still can’t pin it on Blake. In fact, there’s something about her delight at just being in this movie, working with Oliver Stone and acting with Salma Hayek (she plays the Griselda-like cartel boss), that I find totally endearing.

It’s a valley, but a shallow one.

Ryan O’Hanlon: I hadn’t thought of Accepted in at least a few years, which is a shame because I spent a sizable portion of the last year thinking about Birdman. I saw Accepted in theaters back in 2006, and I’ve seen it another five or 10 times since. In a sentence: Justin Long and Jonah Hill accidentally create a fake college inside of an abandoned psychiatric hospital that eventually gains accreditation from the state of Ohio.

Blake Lively plays Long’s girlfriend. Her name is Monica Moreland; his name is Bartleby Gaines. She starts off dating Hoyt Ambrose, who’s in a frat at a nearby actual college, but she ultimately leaves him for Long because Hollywood is where dreams really do come true.

Is Lively good in this movie? Sure — she’s believable-ish as a smart, kind, basically perfect human being who’s the calming center to Long’s manic slackerism and Hill’s hot dog suit and occasionally Shakespearean accent. But that’s not really the point. Rather, Blake Lively is in Accepted, which is a good movie. I’ll watch it again before I see Birdman a second time.

Dave Schilling: Hello haters! I see you out there, ready to pounce on me for daring to choose the putrid garbage heap that is Green Lantern as the Peak for Blake Lively’s career. News flash, scrub-lords: Green Lantern is the highest-grossing film of Lively’s career. Take off your yellow ring and see the truth, Sinestro. You probably didn’t even bother to watch Savages on cable, but I bet you PAID to see Green Lantern, thereby powering it to $219 million in worldwide box office. Oh, I should also mention the teeny tiny fact that she met her future husband, legendary Canadian Ryan Reynolds, on set. Sure, it underperformed commercially. I admit that watching Reynolds crack jokes while a giant brown fart monster wrecks a bunch of buildings isn’t all that “fun,” in the traditional sense of the word. Yes, I actually forgot that Peter Sarsgaard was in this movie with a giant fake head and a scraggly porno mustache until I looked it up on Wikipedia 15 minutes ago. I absolutely would rather drink an entire jar of expired mayonnaise than ever watch this movie all the way through again. And yet … Green Lantern is the moment when Blake Lively found her smile. Admit it, #BlakeNation: It’ll never get better than this.

Disposable TV: How Does ‘Lip Sync Battle’ Top Itself in Season 2?