The Week in Gossip: Drake’s Tangled Stripper Web, and the Continued Misadventures of Amanda Bynes 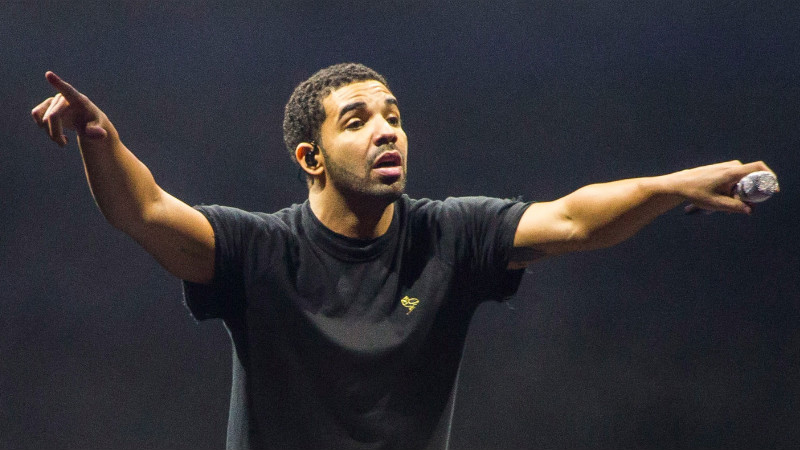 Alleged Intimidation Scandal of the Week: Drake and a Woman in Houston

It seems as though sensitive sweater-wearing rapper/singer Drake had a dalliance with Houston stripper Jhonni Blaze. What happened next is unclear. A few days ago, TMZ posted a story saying the Houston police confirmed they had launched an investigation into whether a “possible celebrity” had threatened Blaze. She alleges that Drake threatened her life by sending a few goons to scare her. Her claims were supported by leaked text messages (allegedly) from Drake in which he tells her she’ll be responsible if anything happens to him with the police. She was (allegedly) incensed after hearing rumors about and seeing Instagram evidence of Drake hooking up with a different stripper, Lira Galore — who used to date Houston Rocket guard Patrick Beverley! What a tangled web. Anyway, if you want Blaze’s entire side of the story described with salacious detail, Baller Alert has more details than you need. There are two convincing morsels nested in the in-depth post that lend some credibility to the story. Blaze says that Drake is “a loving sexual person,” and that part of his intimidation tactics included “having her talk to his mother to validate his side of the story.” I think we’ve just reached peak Drake. A tender lover who still relies on his mother? That’s so Drake!

The story took another twist yesterday when Blaze denied parts of her account. She took to Houston radio to explain that she never called the cops and that Drake did not send goons to scare her. Perhaps the level of outrage and hate directed at her made her change the story. Or maybe it was just never true.

Yikes, Amanda Bynes. Last week, her precise location was unknown, but assumed to be somewhere in Southern California. This week, she’s decamped to the other coast and the tornado that envelops her has only grown stronger. She was caught attempting to shoplift twice yesterday, first at overpriced boutique Pookie & Sebastian, then at Barney’s New York. She ended up paying for a $128 hat at Pookie, while Barney’s security allowed her to leave before the cops came. She had to sign an agreement stipulating that she wouldn’t return to the store. Her trip to New York also included scratching a woman at a club who refused to stop taking photos of her, and riding a Citi Bike. The most intriguing Bynes development is that she may be engaged to a 19-year-old from Orange County. Mazel tov? It’s easy to imagine someone like Lindsay Lohan engaging in all of these shenanigans, which would be easier to laugh off and dismiss as the foibles of a starlet. But with Bynes’s documented history of mental illness, each of these developments — even something as banal as riding a public bike — could escalate into something far more alarming.

What a horrible week for the legacy of 7th Heaven. The woman who played Matt’s (Barry Watson) wife, Sarah Goldberg, died in her sleep at the age of 40. How horribly sad. I wonder if this item would have gotten more or less attention coming in any other week. But because of the timing, her death is now completely overshadowed by the Stephen Collins molestation scandal. On Monday, TMZ released an audio recording of him admitting to molesting several underage girls. Collins and his wife, Faye Grant, are locked in a very sanctimonious divorce, and TMZ suggests Grant recorded a therapy session to use against Collins. The release of the tape has launched an NYPD investigation, and also led to numerous other revelations. Collins has been eliminated from Ted 2 and lost his minor role on Scandal. The mudslinging between Collins and Grant has intensified, and the story seems more and more disturbing with each new detail.

Selena Gomez tells E! News that Taylor Swift is begging her to move to New York. She also added, “Everyone always says I’m more New York when they meet me.” Does Taylor Swift beg? I don’t think so. Swift has a tight-knit circle of friends composed of Ed Sheeran, Karlie Kloss, Jessica Szohr, and Jamie King. Some other people like Lena Dunham may float in and out, but I’m not sure Gomez is in the trust tree anymore. As long as she keeps company with Justin Bieber, I believe Swift will keep her at arm’s length. Remember this?

Jessica Chastain is on the cover of Glamour this month, and in it she laments the lack of roles for older women and Asian women. “Page Six” distilled the story down into one important quote: “I love Meryl Streep. She’s such an incredible actress. But I feel like she’s the only one in her age group who gets those parts.” Then she advocates for actresses like Jessica Lange and Viola Davis. Uh-oh! According to “Page Six,” Chastain crossed the Meryl line. You cannot imply anything remotely negative having to do with Meryl Streep. She took to her WhoSay account to clarify thus: “Page Six gets it terribly wrong.” She elaborates further, but that one sentence is all you really need to know. I’m sure it’s a sentence that celebrities have thought and will continue to think for years to come.

Here’s Chris Martin in Los Angeles last week. I know he’s English, but hasn’t he spent enough time in this country to learn not to wear jeans like that?