The Week in Gossip: Love Is in the Air. Swaggy and Iggy Love. 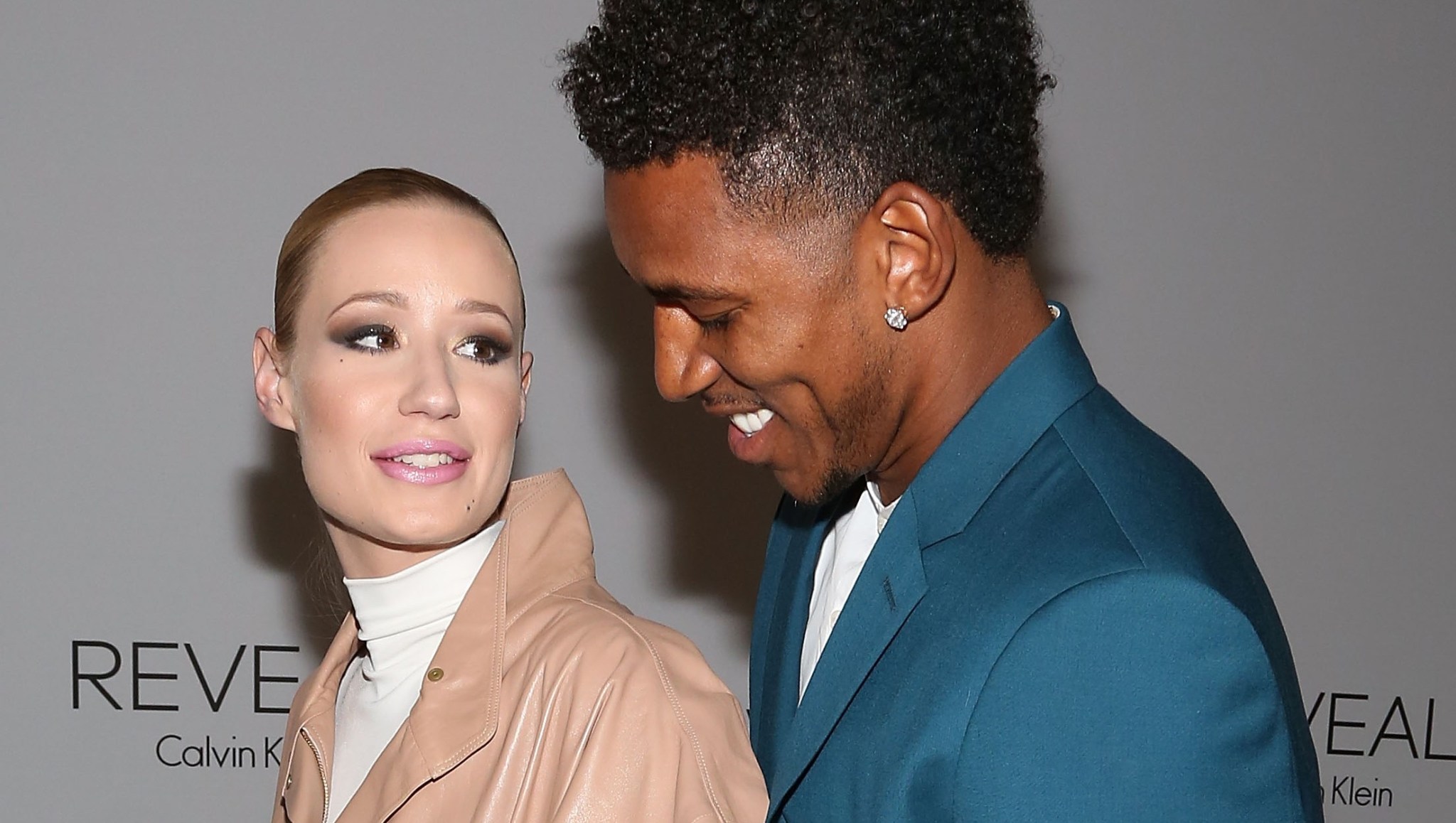 Love Story of the Week: Nick Young and Iggy Azalea

When Nick “Swaggy P” Young and Amethyst “Iggy Azalea” Amelia Kelly began dating, he had recently returned to Los Angeles to play for the Lakers, and she was modestly successful under the tutelage of T.I. It was 2013, and you could make the case that Swaggy was the bigger celebrity of the two. That was then. You know where we are now: “Fancy” is one of the biggest songs of 2014. Iggy Azalea may be despised by Snoop Dogg and hip-hop heads, but even your mom is familiar with her work now (even if she doesn’t quite know Iggy’s name). Iggy’s star has eclipsed Swaggy’s, and if their relationship was the subject of a romantic comedy, they’d be breakup-bound right about now.

But Iggy and Swaggy don’t play by the rules. They are more in love than ever! They were recently photographed in Los Angeles enjoying “what appeared to be a touchy-feely, frolicsome afternoon.” They were goofing around at a moving supplies store. Just days later Young announced that they had purchased a house together. He told Dujour, “We fight over the TV remote because she watches TLC and the Weather Channel all night.” He also makes Iggy sound like an exceedingly normal person: “She wakes up early every morning to take care of her dogs, and she cooks for me.” I wonder what Iggy’s specialty is. She seems like a short-order wizard — scrambled eggs, grilled cheese, etc.

While I’m slightly suspicious that photos from a moving store appeared just days before a profile in which Young announced their cohabitation plans, I’m choosing to believe in Iggy and Swaggy. If they can survive her surprising breakout year, and if he can survive playing with Kobe, then I think they’re built to last.

Benedict Cumberbatch has gone and pulled the most on-brand stunt I can think of. He quietly got engaged to theater director Sophie Hunter. The news alone is enough to break the collective heart of the entire Cumberbitch army. But Benedict Cumberbatch does not merely get engaged. No, he has to announce it with dignity and on his own terms in the (London) Times. There’s no engagement photo shoot to be sold to Hello! or Us, there’s no claim that he’s doing it to donate the money for charity. Instead he continues to be a modest, professional Englishman who seems committed to his work and keeping his personal life outside the public domain. How did Sophie Hunter get so lucky?

Last week it was just a rumor. This week it’s news: Jessica Biel and Justin Timberlake are expecting a baby. Rumors were already swirling last week, but speculation was stoked when InStyle editor-in-chief Ariel Foxman posted an Instagram photo of himself and Biel, congratulating Biel on her impending pregnancy. The photo has been taken down, but the caption said, “ Congrats @jessicabiel on your impending motherhood … Looking forward to the red carpet maternity style pix to come #tbt.” Aren’t magazine editors supposed to be particularly sensitive to information that hasn’t been formally announced? The expecting parents must have been pissed about that one.

Amanda Bynes Update of the Week: The Parents Step Aside

Amanda Bynes’s parents had been the conservators of her estate for the past few years. The end of the conservatorship coincided with her leaving FIDM and returning to the erratic behavior that landed her in the tabloids a few years ago. Now that she is out of the hospital, her parents have decided not to try to reinstate their control. Her parents are asking a judge to turn over conservator powers to a mental health professional. This decision comes after Bynes accused her father of abusing her and claimed that her parents wouldn’t give her money to use to rent an apartment. Perhaps a new arrangement would be best for everyone.

Best Friends of the Week: Serena Williams and Caroline Wozniacki

If you’re looking for a good time, try to tag along on a night out with Serena Williams and Caroline Wozniacki. Back in September, they celebrated Serena’s U.S. Open win together. But the good times have not stopped! They attended Tuesday’s Knicks-Wizards game together, and Serena cheered for Caroline as she ran the New York marathon.

So pretty after tuning a marathon! @carowozniacki

In fact, a quick perusal of Williams’s Instagram feed indicates that they also recently went to a Mariah Carey concert and met the Elusive Chanteuse. Let’s get these two a reality show ASAP.

Floating in a Most Familiar Way: 21 Notes About Sci-Fi After ‘2001: A Space Odyssey’

Has Russell Brand Just Been Saying the Lyrics of Blur’s ‘Parklife’ All This Time?