About Last Weekend: All About the Cup 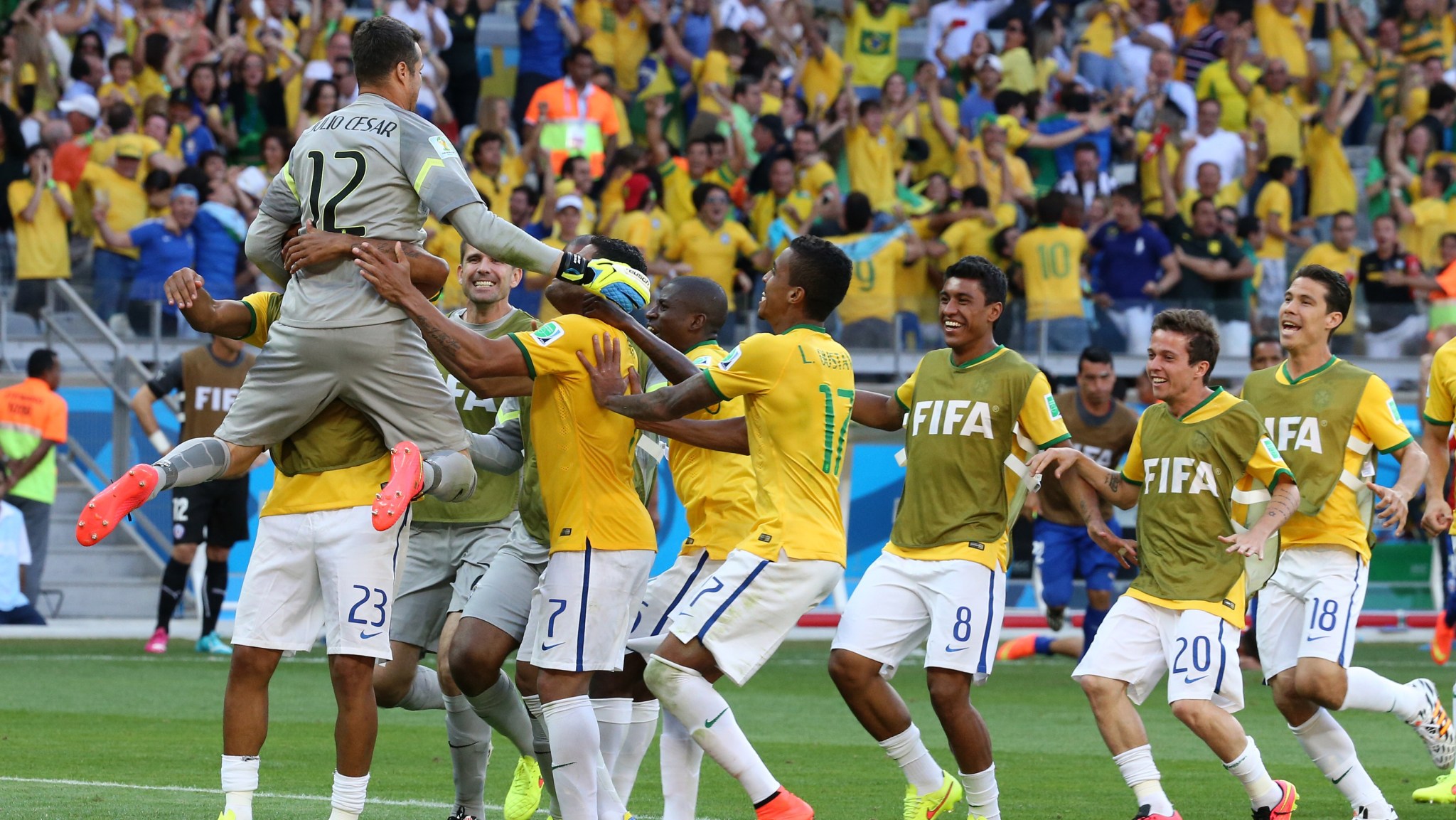 In case you were busy drinking deeply from a single cup shared by everyone in the world, here are the six biggest stories you missed in sports this weekend:

Chile pushed Brazil to the brink, but a wayward penalty from the former’s Gonzalo Jara and a heroic goalkeeping performance from the latter’s Júlio César were enough to get the hosts of the World Cup through to the quarterfinals, after a dramatic 1-1 (3-2) shootout win. For the first part of this week, ALN is coming to you from Brazil so I can give you all a sense of the emotions surrounding this World Cup. Based on my first weekend here, I can tell you the level of passion for this match was a 10 out of 10. People cared about it so much, they have spent the entire time speaking in some cryptic language I find all but indecipherable. Furthermore, everyone has been acting like I’m the one who is having trouble communicating clearly! Hopefully, after the mania caused by this intense penalty shootout wears off, everyone will stop talking in this weird florid twist on Spanish, and I’ll be able to report more clearly on the mood at the World Cup from here on the scene in Brazil.

James Rodríguez scored a brace to increase his World Cup goal count to five as Colombia beat a toothless Uruguay — who were playing without suspended striker Luis Suárez — 2-0. While Rodríguez was asserting himself in the Golden Boot race, Suárez was asserting himself at a Golden Corral, only to find it was just a buffet, and not some sort of gilded pen for hunting the most dangerous game: man.

Also advancing to the World Cup quarterfinals were relative minnows Costa Rica, who, despite being reduced to 10 men, beat Greece 1-1 (5-3) in a penalty shootout, and the Netherlands, who stunned Mexico 2-1, after benefiting from a late penalty drawn with some melodramatic embellishment by Dutch forward Arjen Robben. “Melodramatic? Moi? Why in all my days I’ve never been so insulted,” declared Robben in a perfect Southern accent. Robben then put away the hand fan he had been using to cool himself off, took off his long curly wig, smiled broadly, and said in Dutch, “Of course it was me who was melodramatic! But I had you going, thinking I didn’t know it was me. And also that I was a beautiful Southern belle. I am a most excellent actor.”

In the greater metropolitan area of Angels:

Los Angeles Angels outfielder Mike Trout hit a 489-foot home run on Friday, the longest hit by an American League player since ESPN started tracking home run length in 2006. Across town, Clayton Kershaw threw 13 strikeouts as the Dodgers grabbed a share of the NL West lead with a 6-0 win over the St. Louis Cardinals on Sunday. Meanwhile, a little farther south in San Diego, no one had the heart to ask Padres manager Bud Black how he was doing, as he pounded Bud Lights at the hotel bar of the Embassy Suites after his team grabbed an ugly 2-1 consolation win over the Arizona Diamondbacks on Sunday. A few folks wanted to say something — after all, his team had grabbed a rare win — but the once bright eyes Black had been known for when he first joined the organization seemed cold and unapproachable. As if Black had a secret you wouldn’t want him to share, lest you be forced to carry it with him.

Serena Williams suffered her earliest exit from Wimbledon since 2005, falling to noted Frenchwoman Alize Cornet 1-6, 6-3, 6-4. “Time,” declared Cornet, as she sucked down a Gauloise Slim after the match. “She cares not for humanity’s understanding of her. You say I am the first to beat Williams so early since 2005. I say, who are you to say that today is not the only day and we are living it on an infinite loop while robots or God play tricks with our memory, creating a misremembered, nonexistent past and hopes for a nonexistent future?” Cornet then exhaled and said, “So, yes, that is what I was, how would you say, pondering existentially when I went down a set.”

Nets head coach Jason Kidd has reportedly forced his own ouster from Brooklyn and is in talks to join the Milwaukee Bucks, after angering Nets owner Mikhail Prokhorov by demanding more money and more power within the organization. When asked what inspired his decision-making, Kidd nodded sagely and replied, “The Scarface poster on the wall of UC Berkeley freshman Brett Corcoran’s dorm room.” Kidd then shook his head and said, “That was my dorm room once, man. And it’s like, that dude keeps it real, and I gotta keep it real, too. So that’s what I’m doing.” Kidd then took a big swig off of a bottle of Jack Daniel’s and yelled, “WOOOO, COLLEGE!”