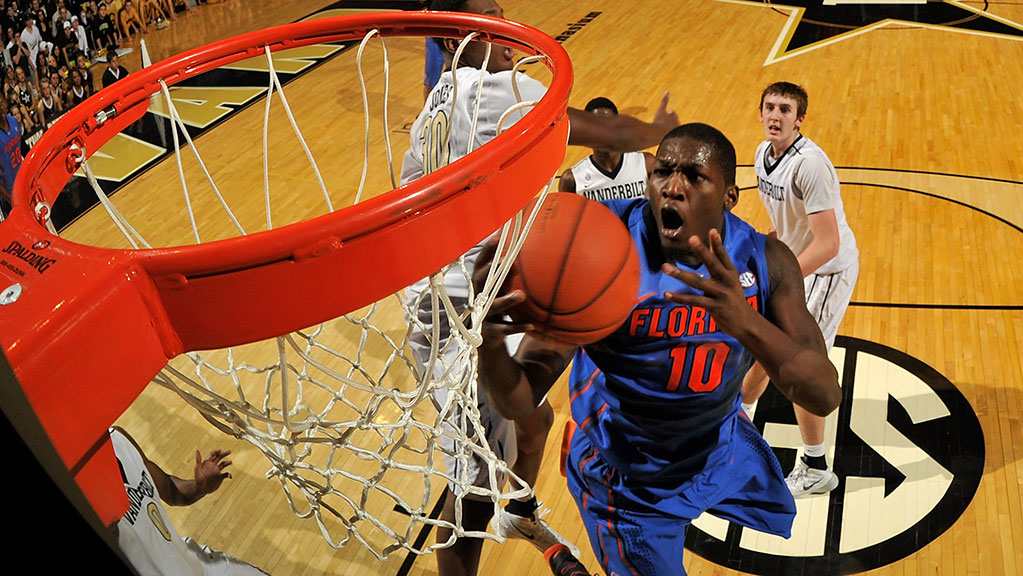 Basketball, basketball, basketball! We’re now two weeks into the second half of the NBA season and just over two weeks away from college basketball’s Selection Sunday, so it’s only natural to provide a basketball-only cheat sheet for this weekend. Up ahead: Grantland coverage you might have missed, upcoming games, and news for you to get up to date.

• Our latest episode of The Finish Line, in which Steve Nash celebrates his 40th birthday and faces the harsh reality that the Lakers might use the stretch provision on him
• The first edition of Bill Simmons’s weekly NBA Mailbag
• Grantland staff NBA Shootaround: The Cavaliers, the Thunder, Victor Oladipo, and more
• Zach Lowe with five unanswered questions in the wake of the ho-hum NBA trading season
• Chris Ryan and Kirk Goldsberry with an NBA overnight post on Monday night’s games
• Danny Chau introduces us to DeMarre Carroll and Mike Scott of the Atlanta Hawks
• Zach Lowe on Jason Collins returning to the Nets and Glen Davis joining the Clippers

Lucky for you, there are 16 games featuring ranked teams for you to enjoy this dreary Saturday. Some highlights (all times Eastern):

• LSU vs. no. 1 Florida, 4 p.m., CBS. The Gators are the newly crowned top team in the country and just managed to live up to that standard. They remain undefeated at 15-0 in the SEC despite two close scares against Mississippi and Vanderbilt this week on the road. They host the Tigers in Gainesville tomorrow and should come away with a clear, easy victory.

• If you’re a Wichita State supporter (or conversely, a Wichita State truther), tune in to ESPN at 2 p.m. as the 30-0 Shockers take on Missouri State. The Bears should be no match for no. 2 Wichita State, but you should tune in anyway to catch a glimpse of Cleanthony Early, Ron Baker, Fred VanVleet, and Tekele Cotton (and learn their names) before they’re awarded with a top seed in the NCAA tournament.

• In ACC play, check out no. 4 Syracuse and no. 12 Virginia in one of the best matches scheduled for the day. The two will be playing with the ACC title on the line. For more specifics, be sure to read Shane Ryan’s preview.

• Other teams playing: no. 7 Louisville, no. 5 Kansas, Oklahoma State, no. 11 Cincinnati, Doug McDermott & Co., both relevant Michigan teams, and no. 17 Kentucky.

• No. 3 Arizona has dropped off recently, with its only two losses coming this month against in-state rival Arizona State in double overtime and a close two-point loss to Cal on February 1. The Wildcats have fought back since, with dominant victories over Colorado and in their rematch against the Bears, and are an easy lock for the Pac-12 title. The home game against Stanford shouldn’t be too exciting, but if you haven’t watched an Arizona game yet, you’ll want to tune in to watch one of the finest Wildcats teams in the school’s history.

• The Big Ten has been extremely loaded this year, and lucky for you, you can watch three straight games featuring no. 14 Wisconsin, no. 20 Iowa, and no. 22 Ohio State. Yes, these teams are on the lower end of the Top 25 scale, but they’re teams you’ll want to be familiar with as tournament time rolls around.

• Caron Butler is planning on signing with the Oklahoma City Thunder after he clears waivers on Saturday, per ESPN.com sources. He was waived by the Milwaukee Bucks on Thursday after reaching a buyout agreement. The Heat had also shown interest prior to this recent development.