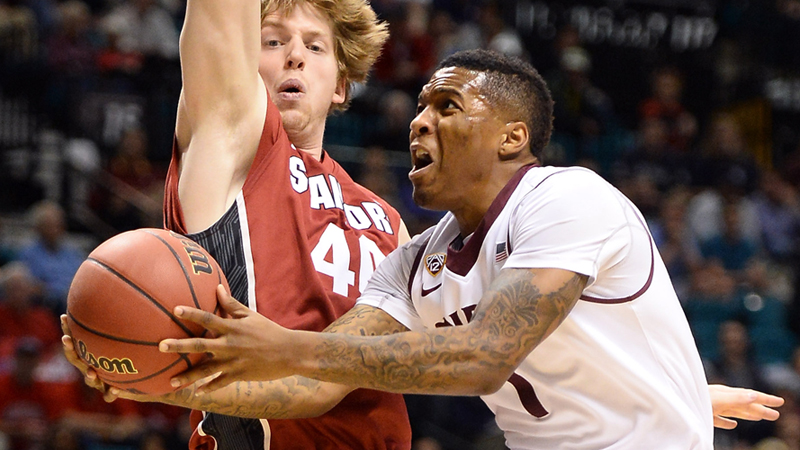 It’s finally time, my patient friends, for March Madness. We are a mere two days away from Selection Sunday and four days away from the first games at Dayton. Heading into tournament time, we know you’ll want to be prepared. We also know you’re tired of hearing about Florida, Wichita State, Arizona, and Creighton. So to help you prepare (and to promote the learning process), we’re taking a quick look at five sleepers you may not have been watching closely enough this season.

Key Player: Jonathan Holmes, forward. Holmes has been dealing with an injured right knee since February 8 but said he feels “as close to 100 percent as I’ve been since it happened.”

The Case: Despite the Longhorns’ unassuming 23-9 record, they’ve put up quite the impressive tournament résumé. From January 11 to February 4, Texas won seven consecutive conference games, including four wins over ranked teams — Iowa State, Kansas State, Baylor, and Kansas. They also put up an early-season win over North Carolina, but have fallen in recent months, losing by 31 to Kansas three weeks ago and Texas Tech last week. The Longhorns definitely have the potential, but they’ll need to bring back that midseason momentum if they want to make it deep in the tournament.

Key Player: Larry Brown. Yes, he isn’t a player, but he’s Larry Brown, and he’s in Year 2 with the Mustangs, and he’s awesome, so there.

The Case: SMU finished tied for third in the AAC behind Louisville and Cincinnati (both ranked teams), but the Mustangs have gained several — well, at least one — fans along the way, fans who are confident we’re selling SMU short. The Mustangs ended the regular season on a three-game losing streak but have beaten UConn, Memphis, and Cincinnati while suffering single-digit losses to Virginia, Louisville, and Memphis. They’ve proven they can hang with some of the top teams in the nation, and while it’s extremely unlikely they’ll make it to the final rounds, they definitely have the chops to blow past the first few.

The Case, Part 2: How can you lose when your fans dress up like this?

Key Player: Terran Petteway. A transfer from Texas Tech, Petteway averages 18 points and five rebounds per game and is a crucial part of the team’s Big Three.

The Case: Nebraska finished the regular season 11-7 in a loaded Big Ten, complementing that by winning 10 of its past 12 games. The Cornhuskers, who last made the tournament in 1998, have come a long way under second-year head coach Tim Miles. They’re boasting their best conference record since LBJ was in office, and they have wins over Ohio State, Michigan State, and Wisconsin. Yes, they suffered a five-game midseason slide, but they’ve since picked things back up. Nebraska is the guy on Jeopardy! who got five consecutive questions wrong, ended up second after the first round, went back in the hole after a few more wrong answers, then managed to come back after winning a Daily Double. You wouldn’t count on the dude to get the Final Jeopardy question right, but you wouldn’t count him out, either.

The Case, Part 2: When your sock game is A++, your team’s performance will likely be A++. This has been proven before, trust me.

Key Player: Jahii Carson. He is fun, he is great, and he is a fairly imposing NBA prospect.

The Case: Back when Arizona was seen as an undisputed top-five team in the nation and the no. 1 team in all of Wildcat history, people gawked when it fell to the lowly Sun Devils. But little did anyone know (OK, not anyone, but stick with me for a moment) that Arizona State had quite a few tricks up its sleeve. All right, enough with the clichéd storytelling. The Sun Devils’ résumé looks pretty unimpressive. Sure, they have wins over Arizona (and a 91-68 loss), Oregon, Cal, Marquette, and UC Irvine. But then again, those wins are over Oregon, Cal, Marquette, and UC Irvine. They’ve played tougher tournament teams — and lost (Creighton by 28, UCLA by 15). The Sun Devils will be an exciting tournament watch, especially with Carson present, but I wouldn’t hedge too much hope there.

The Case, Part 2: As long as the team doesn’t get kicked by this guy, I think we’re all in good shape …

Key Player: Jacob Parker. He leads the team with 14.5 points, 7.1 rebounds, and 54 percent shooting. He also makes blocks at crucial moments and has been key in leading the Lumberjacks to an undefeated conference record.

The Case: Stephen F. Austin is rarely mentioned because of its mid-major status; I mean, who’s even a part of the Southland Conference anyway? But the Lumberjacks’ 29-2 record, including a perfect conference record, should not be easily overlooked. They haven’t played anybody of note (besides Texas, which they lost to 72-62), but going on a 26-game win streak isn’t that easy. I would say something about the way they play as a team or their dominance on both sides of the court or about how they wipe the floor with their opponents, but to be honest, I haven’t watched any of their games in full. Their highlights certainly are impressive, though. Look out for the Lumberjacks as a sleeper team this tournament — they could be the next FGCU, or at the very least, they’ll surprise you because you’ve never watched a minute of Desmond Haymon’s play.

The Case, Part 2: This was made last year, but how fun is this video montage with its corny narration and deliberate video filters?

Over the past week, Grantland has put out some college basketball coverage that you might’ve missed. Here they are in case you need to familiarize yourself further:

The NCAA tournament bracket isn’t available yet (for obvious reasons), but here’s the schedule by location, time, and date. And don’t forget that games will be available online and on CBS, TNT, TBS, and TruTV.

Steve Nash at ‘The Finish Line’