Triangle Cheat Sheet: Five Contenders to Watch at the Masters

It’s that time of year again when people bring up sexist antiquated rules, some guy named Tiger, and of course, the Green Jacket. Welcome to the Masters, a Tradition Unlike Any Other. If you follow golf, well, this post probably isn’t for you. If you barely even knew golf existed and have only vaguely heard of Augusta, well, you’re the target audience. As the tournament finishes up its second day, here are five (mainstream) contenders you should watch for going into the weekend:

The 24-year-old Rory McIlroy is one of the favorites to win this year’s Masters, though he hasn’t had such great luck in the past. In 2011, he sat atop the leaderboard the first three days, then drove the ball into the cabins on the 10th hole, completing his collapse at the 13th with a tee shot that fell into Rae’s Creek. McIlroy didn’t let the disappointment affect him too much, though, winning the U.S. Open two months later with the lowest score in the tournament’s 115-year history. The youngster is back at it again this year and will be accompanied by his newly crowned fiancée, pro tennis player Caroline Wozniacki. Fun tidbit: McIlroy helped Wozniacki dye her hair pink for the Masters’ par 3 tournament.

You know, that guy from Parks and Rec who’s an adorkable, Game of Thrones–loving former mayor? Yeah, well, this isn’t him.

Adam Scott, the golfer, is the defending champion and broke a 77-year dry spell for Aussies at Augusta last year. Scott has finished in the top 10 in three of his five PGA Tour events this year. He finished the first round tied for second at 3-under. 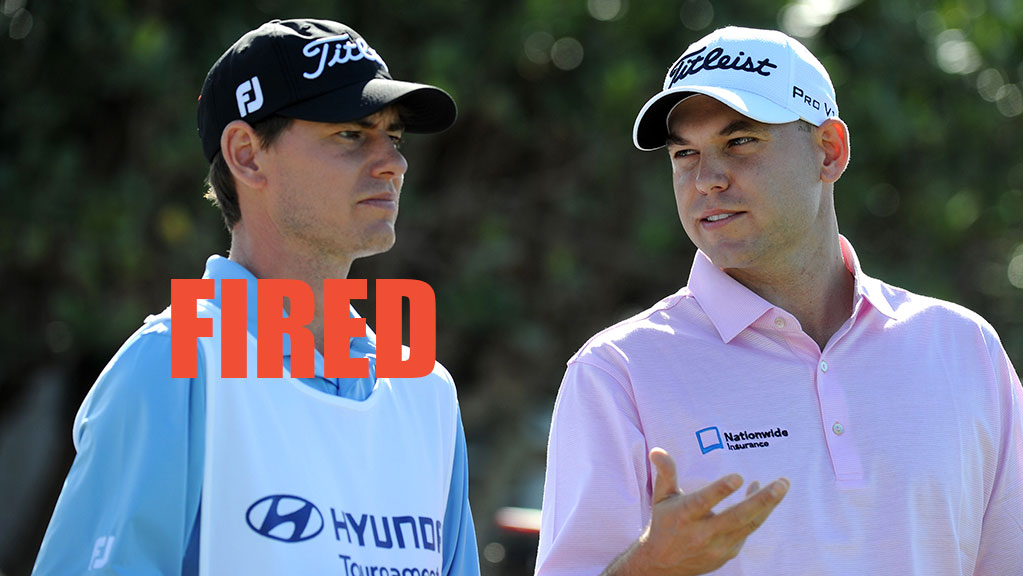 Bill Haas made a pretty bold move prior to the Masters that seems to have worked. He fired his caddy — his brother Jay. With Scott Gneiser now on hand, Haas finished in first place after the first day, 4-under. Even with the positive change, Haas still seems to be a far shot from winning the Masters. He’s had two top-10 finishes this season, but, well, he’s had only two top-10 finishes this season. But it’s always a good sign when a golfer can finish the first day ahead of the defending champ, the 2012 Masters winner, and the British Open Champion.

Oosthuizen, a golfer from South Africa with the nickname “Shrek,” didn’t come into the Masters with super high expectations despite finishing second two years ago. He tweaked his back the day before the tournament began and has missed the cut in his four other appearances in Augusta. Oosthuizen had cortisone shots in November and March, but declined epidurals (“He didn’t have it because he’s not pregnant”). He finished second in 2012 after losing a playoff to Bubba Watson and started off with a bang this year, tying for second with 69 after the first day.

If there’s any name you — a very casual golf enthusiast — know on this list, it’s Bubba Watson. Watson won the 2012 Masters (in a playoff against Oosthuizen) and is gunning to don that green jacket again. He finished tied for second and got off to a hot start Friday, shooting several birdies in a row and becoming a favorite to win it all.