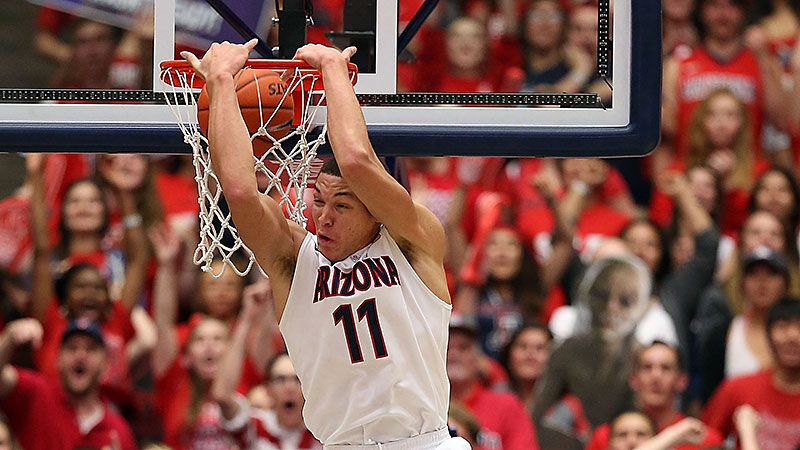 Eric Wallace was my teammate at Ohio State in 2008. Unless you’re a diehard Buckeyes fan, you probably have never heard of Wallace, and I’d bet that even a lot of OSU fans don’t remember him. But I do and I always will because he is without a doubt the best athlete I’ve ever played with, and he’s in a dead heat with Bill Walker for the best athlete I’ve ever shared a court with. There were several times that season when coach Thad Matta would stop practice and let everyone collect themselves after Wallace blew the roof off the gym with a dunk none of us could dream of pulling off.

Here’s the thing about Wallace, though: He wasn’t that great at basketball. Because his skills were inversely proportional to his athleticism, he played just 72 minutes in one year at Ohio State before transferring to DePaul. He transferred again after a couple years at DePaul, playing a season at Seattle University. After he graduated, he never caught on with a pro basketball team, and eventually he ended up utilizing his overwhelming physical tools to carve out a career in the Australian Football League. That’s right, he plays Aussie Rules now. Wallace is a nice guy and he was a good teammate, but he had the kind of shooting touch where I wouldn’t have had confidence in him taking a shot from farther than 10 feet, even if the rim had a 5-foot diameter. Part of me always wondered if he was offered his scholarship because of a YouTube highlight video of him dunking. Wallace is the guy in the white shirt and black shorts in the second half of the clip.

What happened with Wallace would never happen in the NBA. There are great leapers in the league, but those guys can also handle and shoot the ball. The college game is different, and I love that about it: If you can jump, you can play somewhere. This is why the college dunk contest is so much better than the NBA’s. The NBA weeds out guys who can only jump. In college, those guys end up on mid-major/low-major/juco teams and we just sit back and wait for the highlight reels to unfold. Case in point: Central Florida College’s Javonte Douglas pulling off one of the craziest dunks you’ll ever see at the start of this season.

(If you didn’t notice this, replay the video and watch the guy who shoots the ball and ends up on the far left as Douglas dunks the rebound. His reaction is almost as good as the finish.)

As the Triangle All-Stars salute the best dunkers in Division I this week, keep in mind that there are plenty of guys out there like Douglas who we don’t know about. I get paid to follow the sport as closely as anybody, and I had no idea who Doug Anderson was until he went nuts in the dunk contest at last year’s Final Four. I’m sure there are plenty of Andersons in the college game this season, but this week we’re focusing on the best dunkers whose names you probably know. Some are better overall players than others, but they all have one thing in common — they don’t fake the funk on a nasty dunk.

The man they call “Slam Thompson” gets the honor of captaining the Dunk All-Stars thanks to the sheer volume of highlight dunks he’s amassed over his career. He arrived at Ohio State as a — wait, why am I still writing? What could I possibly say that his dunk reel can’t say a thousand times better?

I’d sell my soul to be able to experience five minutes of what it’s like to be him.

Gordon’s dunks at UCLA and Colorado are nothing short of disgusting. But the double-pump over-the-head dunk he unleashes in every dunk contest I’ve ever seen him participate in is what puts me in the awkward position of having to wonder if a guy eight years younger than me is one of my heroes.

That thing has power, finesse, hang time, and uniqueness. It’s something Dominique Wilkins would do. And it’s legal in an actual game, which is becoming a rarity in dunk contests. In other words, it’s perfect.

If you tried to put together a supercut of every time Robinson has started in the corner, cut along the baseline, and flushed home a lob, it would probably be too long to upload to YouTube. Sometimes I wonder how in every Big Ten game, it seems like opposing teams give up lobs to Sam Thompson on under-the-basket out-of-bounds plays and baseline lobs to Robinson. Aren’t these the kinds of plays that Big Ten coaches might talk about in film sessions? Anyway, even though most of Robinson’s dunks come from baseline lobs, he’s far from a one-dimensional dunker, as those who saw last season’s game at Minnesota likely remember.

I’m embarrassed to admit that if I had put the Dunk All-Stars together two weeks ago, I probably wouldn’t have included Tokoto. That’s not to say that I just found out he was a great dunker. But I haven’t been paying particularly close attention to North Carolina this season, and I hadn’t noticed Tokoto as anything more than a great defender who can’t make free throws. But early in the second half of Carolina’s game against Pitt earlier this month, my perception of Tokoto was forever changed.

By the way, in case you think Tokoto is a Dunk All-Star starter just because of one dunk, I should mention that there are plenty of other examples that will leave you shaking your head.

Brown is unquestionably the best all-around college player on the Dunk All-Stars starters. He averages 16.9 points, 5.5 rebounds, and 2.9 assists for the Cowboys despite Marcus Smart being the focal point of the team’s offense. But just because he does everything well doesn’t mean he’s a lesser dunker than the other Dunk All-Stars. In fact, because Brown, at 6-foot-3, is two inches shorter than the next shortest player in the group (Tokoto), an argument could be made that he’s the best of the bunch. The 360 he threw down against West Virginia last month (with a defender relatively close, mind you) only strengthens this argument.

As great as that dunk is, the lob he caught against Missouri two years ago will probably always be my favorite of Brown’s dunks, if for no other reason than he got ejected for talking smack immediately after throwing it down. Then again, maybe I just like that one so much because the “going out with a bang” aspect of it reminds me of the last high school points O.J. Mayo ever scored.

Saying the Word the NFL Doesn’t Want to Hear