Hey, Man! Is That Wichita State? Turn It Up! 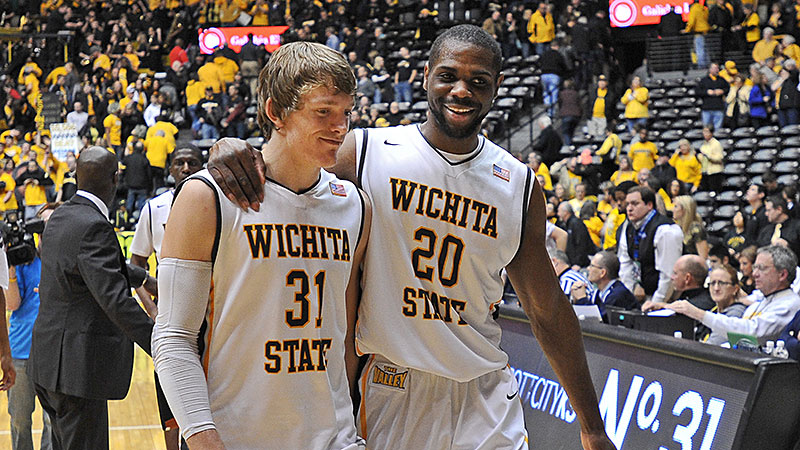 The last three college basketball teams that started their respective seasons 30-0 are some of the most iconic groups in the history of the sport. One of those teams was Larry Bird’s ’78-’79 Indiana State Sycamores, another was Larry Johnson’s ’90-’91 UNLV Runnin’ Rebels, and the other was a relatively less famous squad that went 32-0 en route to the national title. On Tuesday night, a new team joined that group and made history of its own, becoming the only team ever to hit 30 wins without a loss in a regular season.

This year’s Wichita State Shockers, who haven’t lost since the Final Four and are 30-0 after beating down Bradley last night, is a team that has polarized basketball pundits from the jump. While some analysts can’t make it two sentences without mentioning the Shockers’ lackluster strength of schedule, others might cut someone for suggesting the Shockers don’t have what it takes to win this March. It’s a quirky team, granted, with players whose skill sets have never led to widespread, casual fan credibility; their tallest starter is 6-foot-9; they have approximately six fewer NBA prospects than their neighbor, Kansas; one of their best players has the haircut of a 4-year-old Belgian boy; their conference is crud since the departure of Creighton.

But despite how much Wichita State stands out among the other blue bloods in line for a no. 1 seed in this year’s tournament, I find it hard to believe fans without predetermined die-hard dispositions could root against the Shockers instead of for them.

Let’s look at the chief criticism facing the Shockers right now: that they haven’t played anybody, notching only two wins against teams in the RPI top 50. The Shockers have dominated everything in their control. They’re a group that plays with energy and poise. Their coach, Gregg Marshall, made Winthrop a mid-major powerhouse before taking over for Mark Turgeon at WSU; his teams have been to the tournament nine of the past 15 years, and he’s taken the Shockers even further than Turgeon could.

The Shockers’ point guard, Fred VanVleet, is America’s favorite scrappy point guard who is named like a high-powered shipping merchant. They’ve got a Wiggins — Nick, a senior whose presence is more than likely the reason Andrew decided to play down the road in Lawrence. They’ve expertly avoided scares, as all good teams do, while generally blasting all comers from the MVC and otherwise. Over 30 years ago, the Shockers trotted out a lineup with three future pros — Antoine Carr, Xavier McDaniel, and Cliff Levingston — unified under the slogan “Mental Toughness, Extra Effort,” and branded their shorts with the shorthand “MTXE.” This year’s Shocker squad subscribes to the same value system. 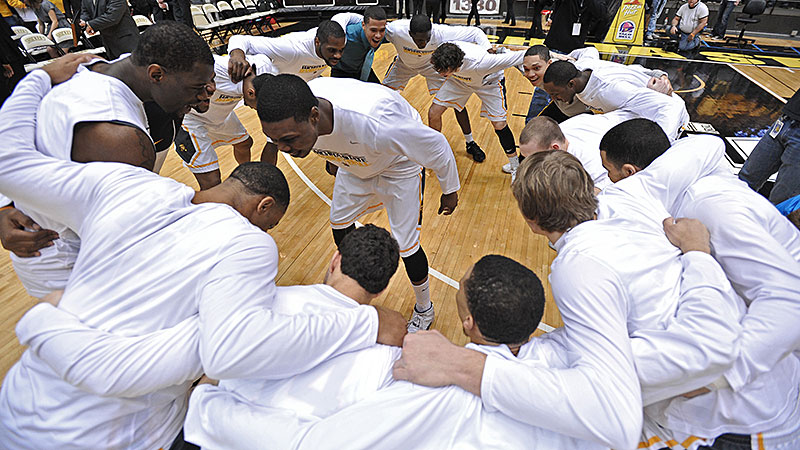 If Wichita State gets a no. 1 seed on Selection Sunday — and if the Shockers run the table, they will — I expect there to be plenty of outcry. But if you’re the kind of person who is rooting for small, directionally named underdogs and the Dunk Cities of the world — unselfish groups that sacrifice individual success for team passing and lots of joyous, fun-to-watch mid-major hoopla — Wichita State is your ultimate reality. After all, if Bill Self — whose team has the toughest schedule in the country — doesn’t dare touch them, you know something’s up.