No Fun and Done: Is the Age of the Super-Freshman Coming to an End? 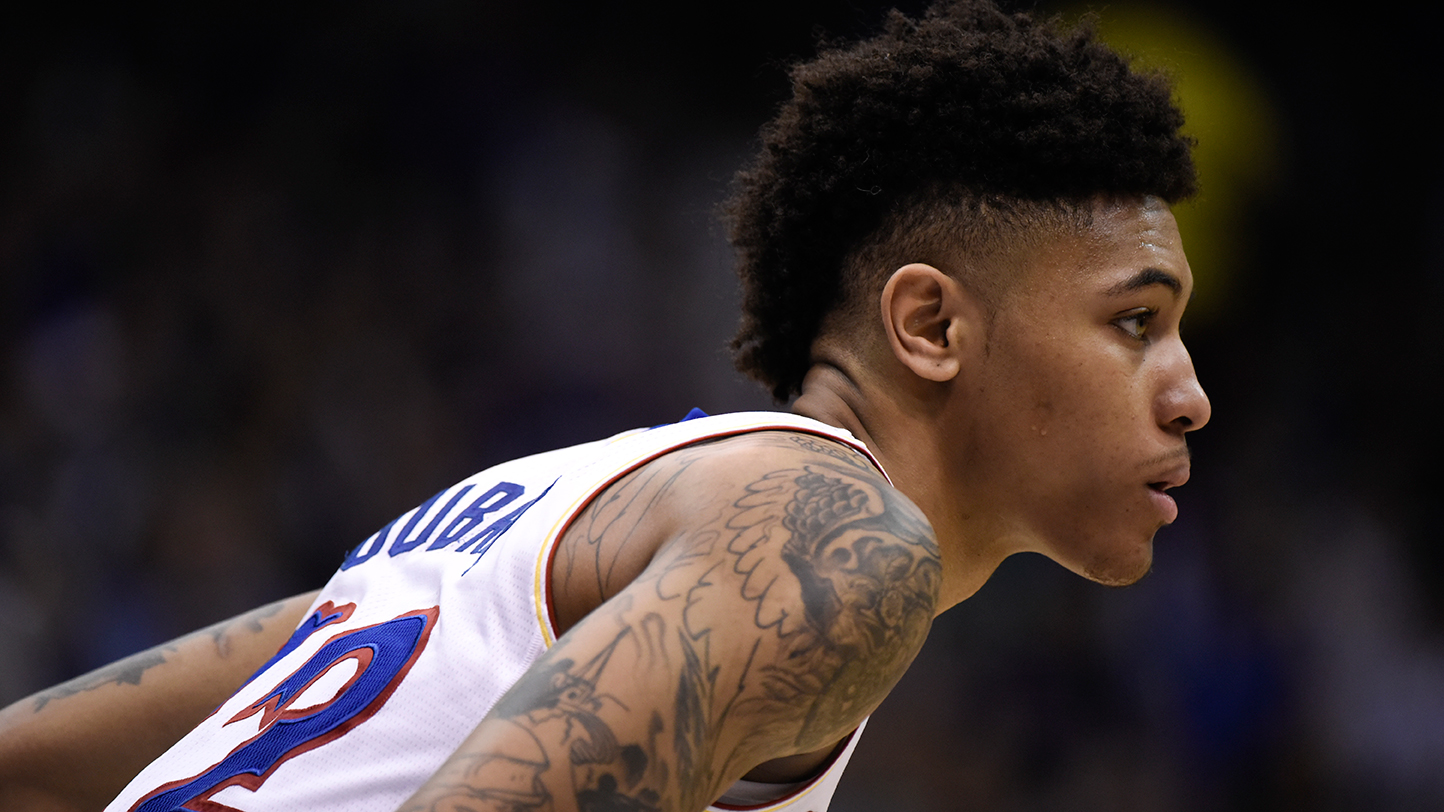 Last Wednesday, Kansas freshman forward Kelly Oubre declared himself eligible for the NBA draft. The declaration was expected, given that Oubre showed enough of his freakish athleticism and shooting touch during the regular season to likely solidify a lottery spot. How the news came out, however, was unexpected — a rumor, a father’s confirmation, and then, finally, a short video on Kansas Basketball’s official YouTube channel.

Though it’s possible that Bill Self was out recruiting — or possibly dodging questions about the ongoing investigation with fellow freshman forward Cliff Alexander — and KU wasn’t able to put together a more official farewell, this most recent one-and-done cycle at Lawrence has ended with a whimper, again. The problem wasn’t necessarily Oubre’s performance in the video — he says all the right stuff (“I feel like this place, I can call home … I’m a Jayhawk for life … Rock Chalk Jayhawk”). It’s that the video feels somewhat curt and insignificant. I mean, shit, at least Andrew Wiggins got a press conference. It feels like the only reason Oubre’s announcement video lasts as long as it does is because the video editors couldn’t quite figure out how to condense it into a Vine.

This entire rollout felt perfectly timed, especially as schools become more conscious of shaping their narratives for social media. Though the NCAA may have gotten a highly desirable Final Four, critiques of the college game are coming in from everywhere. It’s too slow, it’s too boring, no one can score, and people are going to start using ticket money to see movies instead.

With the revolving-door nature of these exchanges, investing in a team like Kansas is almost impossible. I’m a Kansas fan. In some ways, I’m jealous of the cross-state commuter school that ousted the Jayhawks in the tournament. Wichita State or Northern Iowa or even Michigan State jell around players who know their role and refine them over the course of multiple seasons. Guys like Wiggins and Oubre — raw ability that is also touched with a “yeah, not exactly sure what this guy’s position is!” quality — can be more harmful than helpful when they’re not simply exerting their superior athleticism. I’m not saying there’s no room in the game for brilliant talent. It’s just that watching these Polaroids before they develop is pretty frustrating.

Though some famous one-and-dones have taken their teams to the mountaintop — Melo, Anthony Davis — so many have come in, shown tantalizing bursts of talent in small doses, and fizzled in March. Wiggins and Jabari Parker didn’t make it out of the first weekend last year, and hyped freshmen from this season like Stanley Johnson and D’Angelo Russell failed to make it to Indy. Duke is playing for the national title game, but Jahlil Okafor’s presence and the hair-on-fire play of Justise Winslow have only bolstered what was already a well-rounded, well-balanced team. 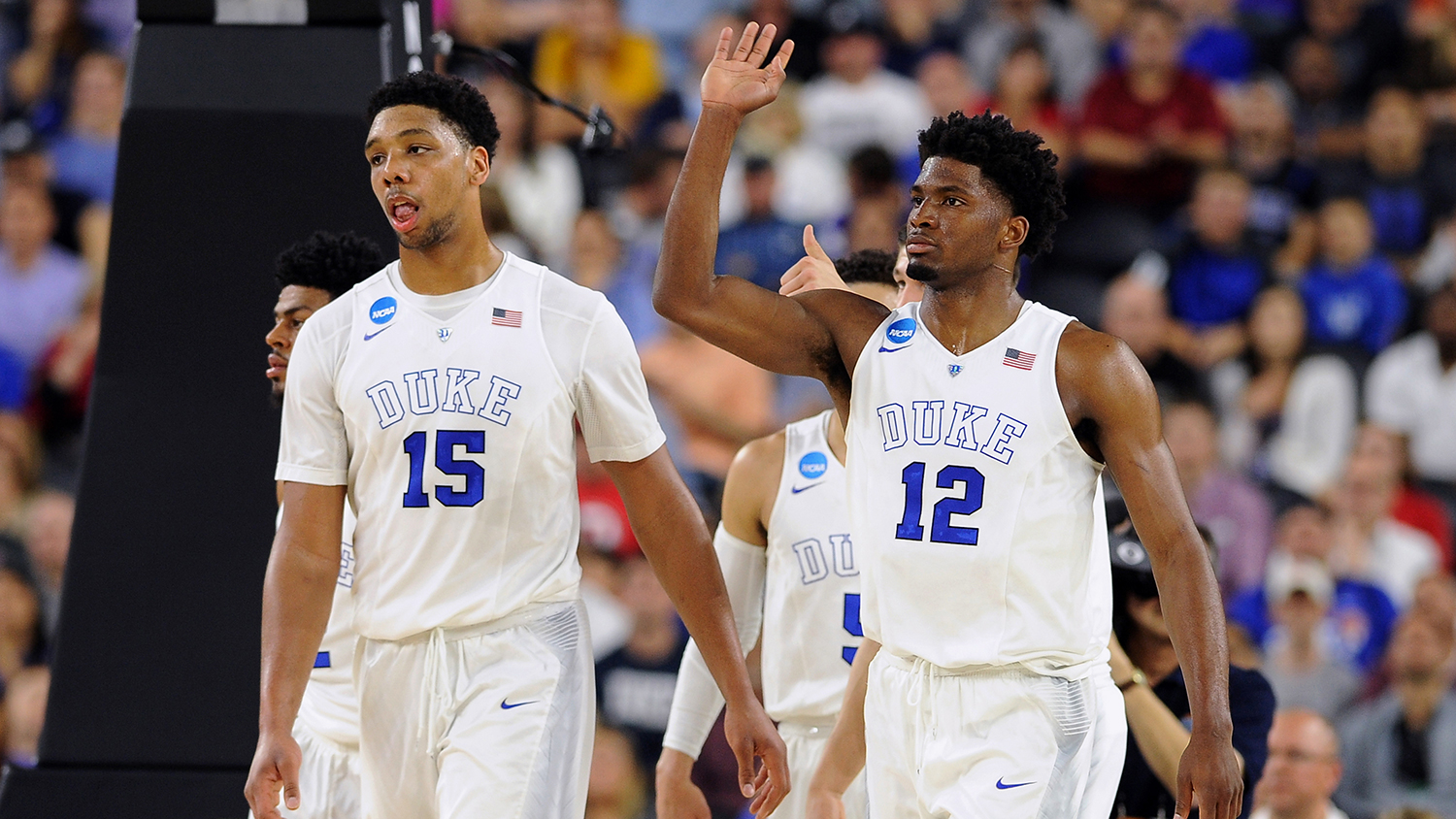 Kentucky’s modus operandi, of course, is to build its core around these sorts of players. But it’s no coincidence that when John Calipari has had lottery-bound big men (Davis in 2012, Julius Randle in 2014, Karl-Anthony Towns in 2015), the Wildcats have made the Final Four. (The year Kentucky lost to NEC member Robert Morris in the first round of the NIT, Nerlens Noel was on the sideline.) And, in the national semifinal, the Wildcats offense withered. Though Kentucky flaunted balanced scoring all year, in the end it couldn’t go shot-for-shot with the efficient and fearless Wisconsin.

Though they’re often the jewels of the draft class, it seems as if freshman wings aren’t bringing you to the ’ship. In rigid college offenses, paired with the attendant fear that comes with being 18 and worrying about screwing up offensive plays, it’s harder for these guys to get going. The charge and handcheck rules don’t help.

Oubre is the latest example of a blossoming college star gone too soon, this year’s model of a cycle that keeps repeating itself and will for some time. Signing Oubre felt like winning the lottery at the time, but now I’m not even sure who got what out of whom. (Besides the NBA, which paid nothing to get a year of development.) As a Jayhawks fan who could easily envision Oubre becoming a cult hero, it feels like yet another complete loss for a sport that’s struggling for attention and losing.

The whole situation provides more than enough cause to feel cynical about the entire recruiting process (I know, I know). How on earth are Arizona, Kansas, and Ohio State better off in terms of being competitive programs? As Duke faces off against Wisconsin, it should serve as a compelling matchup of approaches to building elite programs.

In the end, for teams like the Jayhawks, you win a recruiting war and get a recruiting video out of it. So it goes.