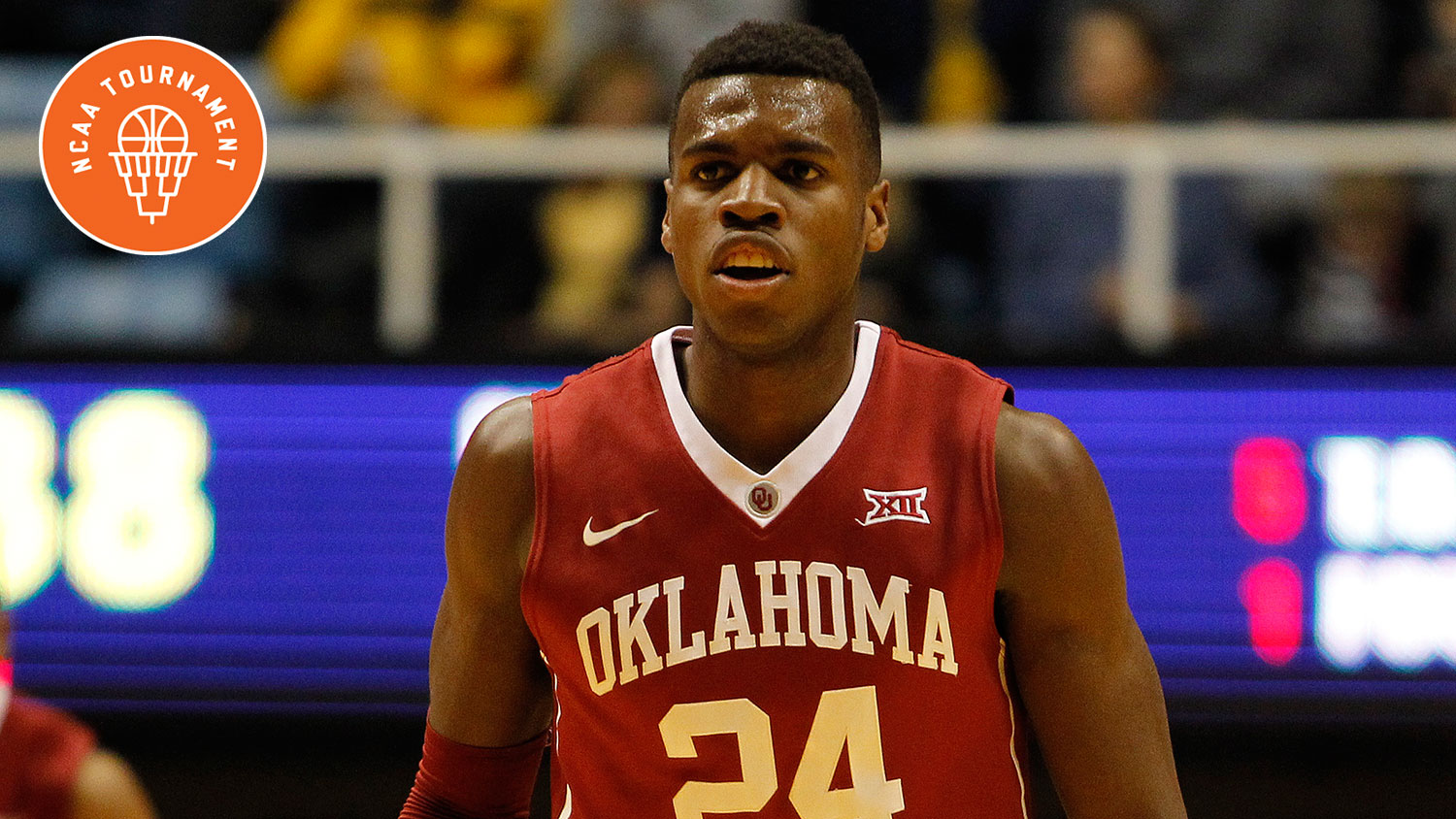 It’s been a confounding year in the Big 12. For a conference that many consider the best in the nation, not one of its seven NCAA tournament qualifiers looks all that likely to make a Final Four run. Kansas won its 11th consecutive regular-season title, but the question of “Who’s the second-best team in the Big 12?” avoided a clear answer all year long. And after Iowa State’s win over the Jayhawks in the conference tournament, along with the Cyclones’ conference-best national title odds of 28/1, we might not even know who the best team is.

With so many of these perplexing squads in the March Madness field — tied for the most with the Big Ten — we’ll be seeing a lot of the Big 12 over the next few days. So let’s take a look at some guys who helped create the conferencewide confusion of the past few months. 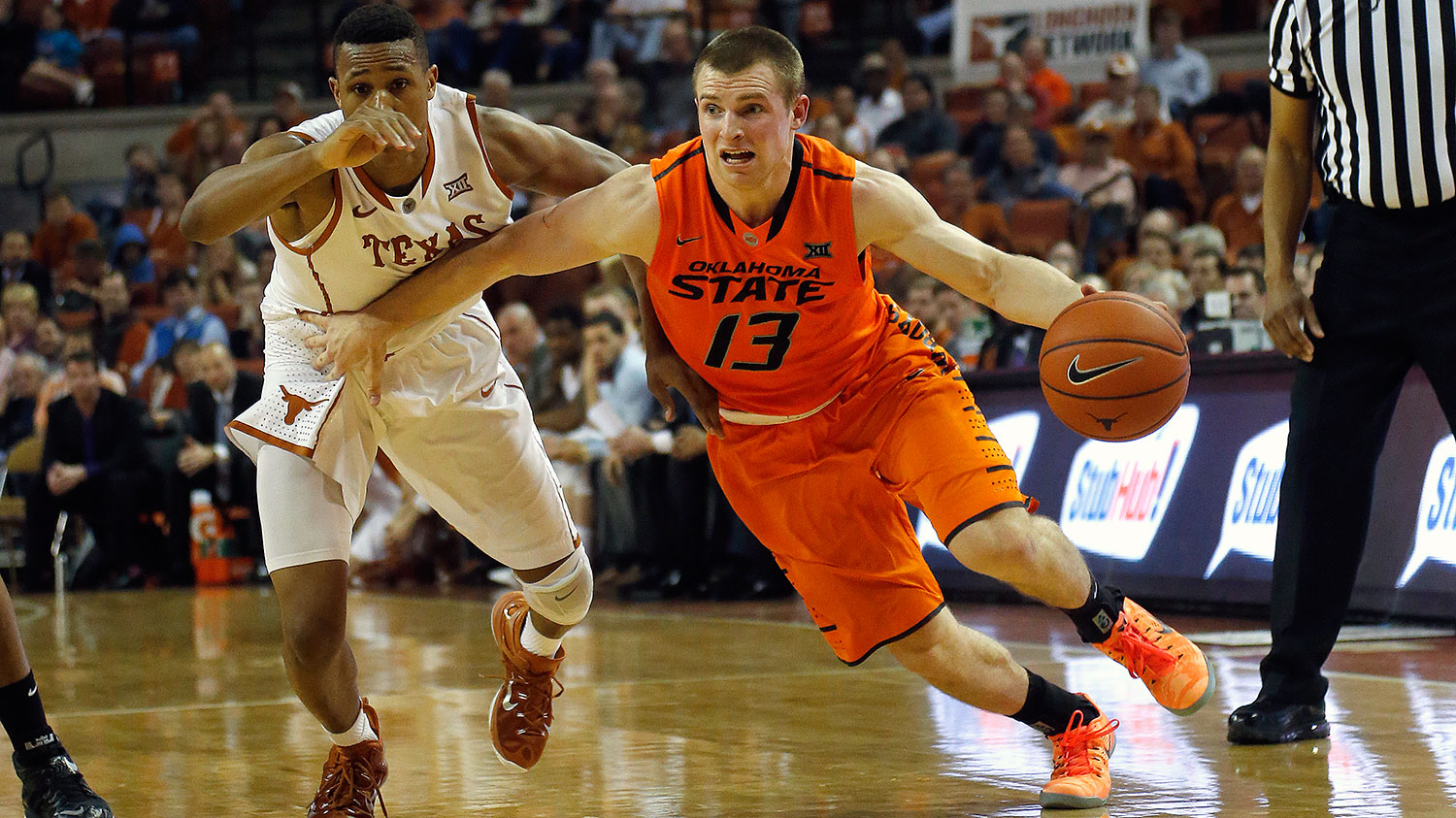 If his work rate is any proof, Forte has one of the biggest chips on his shoulder in college basketball. As Marcus Smart’s backcourt mate at Marcus High School, Forte flew under the radar to the extent that his dad’s alma mater, Kansas, didn’t recruit the 5-foot-11 guard. While it’s probably unfair to suggest that the breakneck effort Forte offers on both ends of the floor is a direct product of these oversights, few players in the tournament field work for their points as hard as he does.

All the Grantland coverage of the 2015 NCAA tournament, right here.
Forte is the Cowboys’ beating heart: Were there a stat that tracked how much ground a player covers in a given game, Forte would basically be Michael Bradley. Given his small stature, he rips off curls and ball screens in order to get his looks, which, as a 39 percent 3-point shooter, are often from deep. In concert with Le’Bryan Nash, the most-used player in the Big 12, Forte rounds out a potent two-pronged attack for a team that beat Kansas once and Baylor twice.

OSU’s point guard is also the captain of the “Love Him If You Have Him, Hate Him If You Don’t” all-stars and cocaptain of the “Still Not a Senior Even Though He Seems Like a Sixth-Year Redshirt” first team. As an 83 percent free throw shooter with a history of big shots, Forte is one dude opponents don’t want to see get a crack at a dramatic, game-deciding play.

First things first: The Big 12 Player of the Year’s first two Google Image results are “Buddy Hield dunk” and “Buddy Hield smile,” just in case your bracket choices are dictated by “dunks” and “smiles” like mine is.

Along with TaShawn Thomas, the Bahamas native is the leader of a somewhat overachieving Lon Kruger team that makes up for its lack of depth with Hield’s offensive firepower. He led the Big 12 in scoring and notched the third-best offensive rating among players who used at least 24 percent of their team’s possessions.

Most of all, though, Hield is just fun to watch. The kid is excitable — capable of stringing big OU scoring runs together through a combination of outside shooting and quick drives off the dribble. In an early-season game against UCLA in the Bahamas, he went on a 10-0 run by himself. Only a junior, Hield has improved his scoring average each season and has become the best rebounding guard in the conference. With their star playing the best basketball of his life — and a favorable draw as a 3-seed – look for the Sooners to land in the Sweet 16. 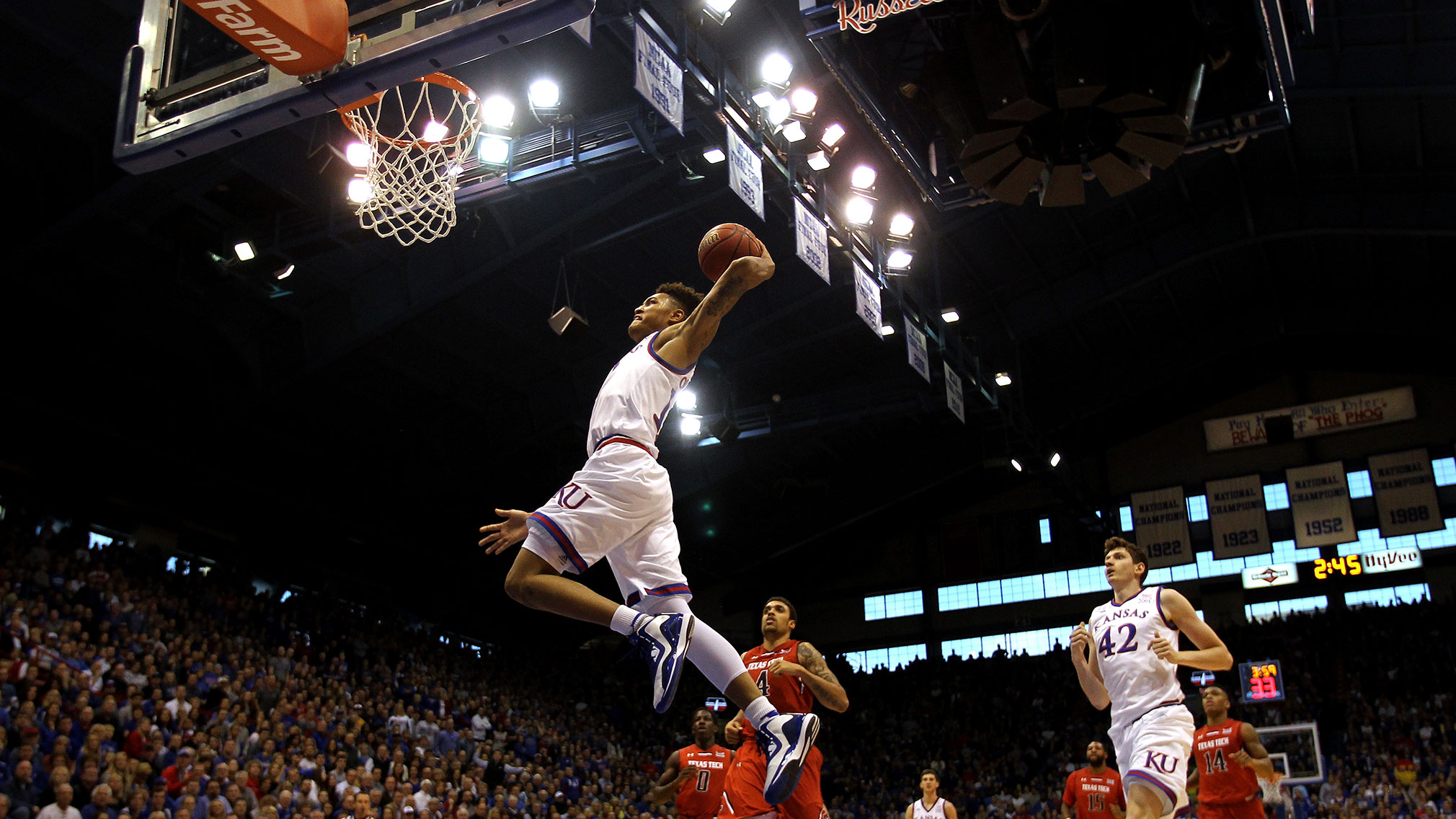 Despite surpassing a decade of consecutive Big 12 titles, this Kansas season has often felt like a slog. Flecks of brilliance — a single long, arcing, lefty 3 from Oubre or a flicked floater from Frank Mason III — were too often offset by two TV timeouts worth of passionless play. As a team without a go-to guy or even a guy who wants to be the go-to guy, this talented-on-paper Jayhawks group all too frequently looks like a group that just met before tipoff.

After showing enough this season to lock down an NBA lottery position, Oubre can’t fairly be classified as an enigma, but his freshman inconsistency has still been frustrating. Alongside sophomore guard Wayne Selden Jr., Oubre went through countless stretches in which he looked clueless despite his obvious talent.

Oubre is long, gifted, and possesses a hyper-quick second jump that physically separates him from average Division I athletes. When he puts it together — as he did recently, scoring 25 points on only 10 attempts against TCU in the Big 12 tournament — he looks like a player whose stardom is only a matter of time, even though it won’t happen while he’s a Jayhawk.

“If this team gets a chance to play in the Elite Eight game, then it’s been a hell of a year,” Bill Self said yesterday, which should give you a sense of this group’s deflated expectations. But for the team to get that far — and to take this season’s rating from “blech” to something more positive — Oubre’s flickers of promise will probably have to become a more consistent shine.