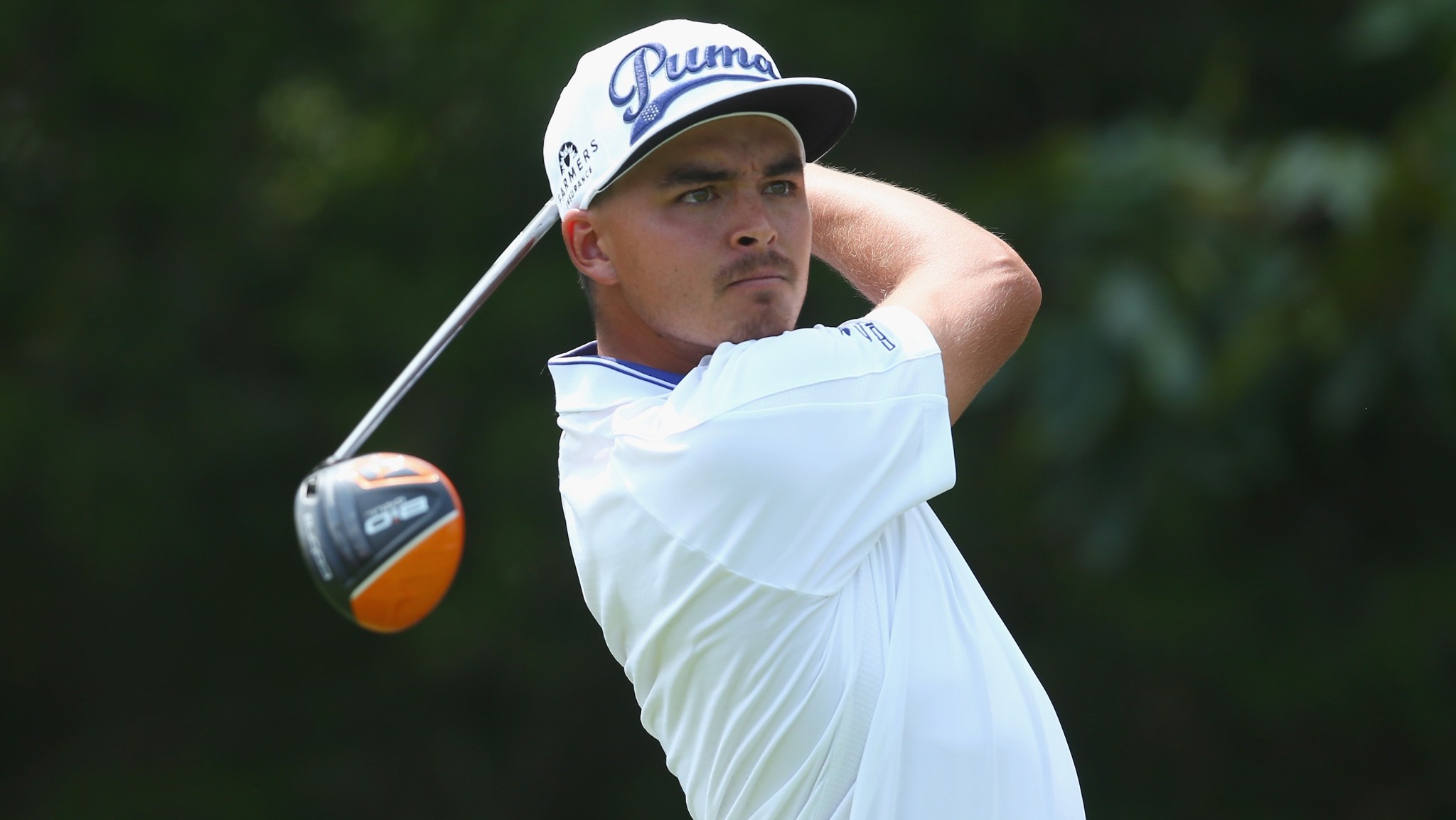 The cover of the PGA Championship program this year features a picture of Jason Dufner and the words “THIS IS MAJOR” emblazoned below. The point, I think, is to instill a sense of drama and magnitude, but it also seems like a sad little reminder. As in, yes, we know we’re not the Masters, the British Open, or the U.S. Open, but hey, WE’RE STILL A MAJOR! Personally, I miss the “Glory’s Last Shot” slogan … I think it had a certain allure.

In any case, their point is well taken; this is a major, the year’s last, and it comes at a particularly tumultuous time in golf. Injuries and scandal and conflict are the order of the day, and in the midst of it all, Rory McIlroy is emerging as a ruthless world-beater of the highest order. It’s a sport of extreme highs and lows at the moment, so rather than count down from 20, let’s go all schismatic and divide the rankings into POWER and POWERLESS. Let’s start with the Debbie Downers …

Hot take coming: Playing in the PGA Championship after withdrawing last week due to a back injury is a horrendously bad idea. It comes, I think, from a place of hubris, which leads Tiger to the delusional belief that he can actually compete for a title this week. He can’t — he’ll be lucky to make the cut, or even to make it through two rounds — and risking permanent damage is a shortsighted decision based on unrealistic expectations. Also, for everyone comparing this to the 2008 U.S. Open, when Tiger returned from injury to win before missing the rest of the season: You’re wrong.

If any pick on this list goes on to make me look really stupid, it’ll be this one. Phil shot a 62 in the final round of the WGC-Bridgestone last week, and maybe it’s a sign he’s ready to become dominant again. Last Sunday aside, though, he’s lacked the consistent firepower to compete in big events — small ones, too, really — and his lack of a single top 10 in a PGA tournament in 2014 is a strong hint he won’t be holding the Wanamaker Trophy on Sunday.

Poor Dufner, who gave away his putter midround last week, is the defending champion of this tournament, but bulging discs in his neck, which he first noticed at the Masters, have ruined his year. He admitted he probably won’t be well until he rests and rehabs for six to eight weeks, and in the meantime, he’s on a steroid and anti-inflammatories while he tries to play through pain and a restricted swing. He’s really here only to “defend,” which he treats as a point of pride, rather than to legitimately attempt to win the tournament.

I include him here only to note that the U.S. Ryder Cup team is a bit of a hot mess. Not only did they lose a great match play golfer in Johnson (3-0 in 2012), but Dufner may also qualify and play despite his awful form, and they’ll likely be missing Tiger, too. It’s gotten so bad that I fully expect Europe to annex Australia in the next six weeks and add Adam Scott.

All in very good form, but all with serious doubts about their ability to contend in majors. You could add Jim Furyk to this list, with the caveat that he’s actually won a major (the 2003 U.S. Open), but has since fallen on hard times when it comes to closing tournaments. Kuchar has won this year, and the others have come close, but for some players there’s a vast gulf between making lots of money and finishing first.

His choice to be a self-absorbed whiner in hitting a 3-iron at Tuesday’s long drive contest (a decision that potentially cost his beloved charities $25,000) was so galling and arrogant that if you believe in karma, this is a man the universe will slap down this weekend.

Day is the easy winner of the 2014 “What Might Have Been” trophy. His background is totally unique in professional golf, and after overcoming poverty, loss, and various other struggles, his win at the Accenture Match Play championship made it seem as though he were ready to win major championships and maybe even ascend to no. 1 in the world. Instead, a nagging thumb injury derailed his momentum, hampered his performance in majors, and culminated last week in his withdrawal from Akron due to vertigo, which probably stemmed from complications from cortisone shots (the thumb) and anti-inflammatories (a lingering throat issue).

I would be happy if he proved me wrong, but as it stands, I don’t see Sergio Garcia as a major winner. He’s the Colin Montgomerie of his generation — huge personality, great in Ryder Cups, and someone who gets close but never quite wins when the chips are down.

Broadly speaking — very broadly — the story of the 2014 golf season is a story of two waves — the Kaymer wave, and the Rory wave. After winning the Players Championship and the U.S. Open, Kaymer has cooled off and has been dealing with a shoulder injury. (When a reporter brought it up in the presser on Tuesday, Kaymer wasn’t incredibly pleased that the information was out.) Since his U.S. Open victory, he’s broken 70 in just two of 14 competitive rounds in the U.S. and Europe. So while I don’t necessarily believe him when he says his form is returning, I’m putting him at no. 10 just because it would be incredible to see him and Rory square off on Sunday for CHAMPION OF THE YEAR.* (*Fictional title.)

An impressively irate commenter yelled at me for including Every in both the U.S. Open and British Open power rankings, so naturally I have to do it again. My motive goes deeper than pure needling, though; last week, Every began to show the form that had abandoned him after his win at Bay Hill, with two solid rounds. Also, he told me at the British that the rest of his year is going to be really good. He told me, guys.

As early as February and the Accenture Match Play Championship, McDowell was telling the media that he would spend the year trying to avoid burnout so he could contribute at the Ryder Cup. It seems to have worked — he’s on a streak of three straight top 10s and playing his best golf of the year. (Man, Team USA is so screwed in Scotland … )

The Kentucky native recovered from brain surgery to win at the Wells Fargo in Charlotte this year, and it would be an insanely great ending if he won in his home state, on the same course where he played hero at the 2008 Ryder Cup. Nor is that a stretch; only a final-round 73 kept him from finishing in the top 10 at last week’s WGC-Bridgestone against one of the strongest fields of the year.

The man who operates with a constant chip on his shoulder, sometimes conjuring up offenses if none present themselves, has broken 70 in 10 of his last 12 rounds, notching two top fives and coming into the PGA red-hot.

You know how commentators and writers fall all over themselves to say how “classy” certain golfers are? With Rose, it happens to be true. He’s one of the few players, along with Adam Scott a spot below, who combines incredible skill and toughness on the course with grace off. It would shock me if he’s not top 10.

Speaking of top 10s, Adam Scott has managed the feat in nine of the last 15 majors, which is pretty incredible. He was more than a little disappointed not to win the British, especially because a rotten draw put him in bad conditions on Thursday and Friday, essentially eliminating any chance he had to catch Rory. In golf, a terrific season means very little without a major (ask Tiger, circa 2013), and Scott will be gunning for the PGA title with a bit of desperation.

For me, he’s the toughest young player under 25, and his three titles speak to his potential as a future superstar. He’s not well liked by other players, and he can be very crotchety with the media, but there’s a charisma to Reed that makes him a very compelling figure. Last week’s t-4 in Akron (along with Dustin Johnson’s withdrawal) moved him up from 10th to seventh on the Ryder Cup points list, but the PGA Championship can change anything. With only the top nine spots netting automatic picks, Reed will be fighting for his life, and after three disappointments in this year’s majors, I think he’s ready to contend.

The only player with a top-five finish in all three majors this year just keeps getting better and better, and though he’s still won just a single event in his career, he’s already shown beyond debate that he’s more than just a colorful outfit.

SHOCKER! He’s the complete package, and while it may sound crazy, at this early stage, to wonder if he’s the real threat to Nicklaus’s 18 majors, it doesn’t feel crazy. At his best, nobody touches him, and the bad news for the field is that he is completely, definitively at his best. When the AP’s Doug Ferguson asked him how many more tournaments he thought he could win this year after the Bridgestone, McIlroy paused, silently counting how many remained. And it didn’t even seem cocky! He believes he can win them all, he’s probably right, and we shouldn’t expect the Rory Wave to crash any time soon.

Derek Jeter’s Diary: Red Sox Spies and the Tears of a Centaur