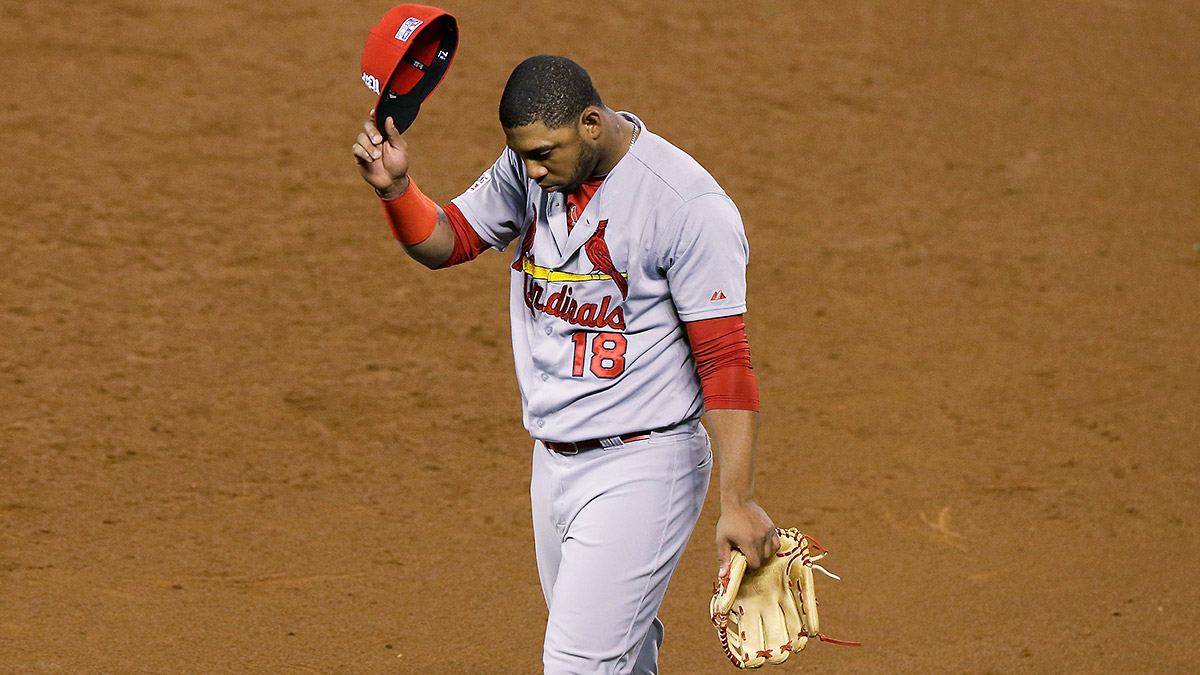 Because sports are zero-sum, even the most heartbreaking on-field event must make someone happy. Sports stories don’t get much sadder than Bill Buckner’s, and that one ended with Ray Knight running home, fists in the air, enjoying the best moment of his career.

The other nice thing about sports is that they insulate us so completely from the real world. I think that’s necessary: If we weren’t able to immerse ourselves in trivial things like sports and discuss the games with the self-serious gravity we do, we’d be crushed under the emotional weight of the things that happen in real life. At least I would.

But when the real world inserts itself into that insulated sphere, the effect is like looking at the sun through binoculars. At best, it makes you consider the literal meaning of the adjectives we throw around cheaply in sports commentary: stunning, unbelievable, tragic.

St. Louis Cardinals outfielder Oscar Taveras, 22, and his girlfriend, Edilia Arvelo, 18, were killed in a car accident in the Dominican Republic on Sunday. It’s news so sad, so shocking, and so sudden that you have to state it bluntly and stare at it for a second before you can react.

I’m still not sure how to do that second part. Even for people who have only ever heard of Taveras or seen him play baseball on TV, his death represents a shocking loss. It’s an unwelcome reminder for people who have lost someone close in an accident, and an unwelcome jolt of fear for those who see a promising 22-year-old killed and think, That could have been my son or That could have been my younger brother.

Even for those of us lucky enough not to be able to relate to the crushing heartbreak their friends and family feel now, Taveras’s and Arvelo’s deaths represent the significant tragedy that is the loss of any innocent human life. As a sports community, we’ve been through this far too often — the death of a young athlete is in our literary canon, after all — and it’s hard not to think of Nick Adenhart or Lyman Bostock right now. Everyone will mourn in his or her own way, from casual fans to Taveras’s friends and teammates, from those who knew him in the Dominican Republic to those with whom he shared a Cardinals clubhouse only 10 days before his death.

So sad to hear about Oscar. My prayers go out to his family. In complete shock.. So sad.. Life isn't fair

Several Giants players have come over to my TV in dugout when heard news abt Taveras..Juan Perez in tears in dugout..

Matt Carpenter on #stlcards tragedy: "It’s one of those things that it’s going to leave a hole. It’s going be a hard thing to get over."

Eventually, we’ll be able to discuss the low-grade, trivial impact this death will have on fans, who will no longer be able to marvel at a player of such uncommon skill, and on the Cardinals, who enjoyed a taste of the top prospect’s immense potential during his rookie season in 2014. It’ll be a conversation worth having when the time for it comes, which it will.

And finally, at some point, we’ll stop experiencing feelings of loss whenever someone other than Taveras runs out to right field in Busch Stadium. We’ll have to, not only because that’s how mourning and healing work, but also because our sports bubble is particularly resilient.

But Sunday night, a couple hours after the news broke, with nobody really paying attention to the World Series amid their grief and with Taveras’s teammates reacting publicly to the loss of a friend, that future time seemed very far away.

Because Oscar Taveras and Edilia Arvelo died in a car crash on Sunday, and it’s going to take a while to come to terms with that.