About Last Weekend: You Don’t Mess With Bama 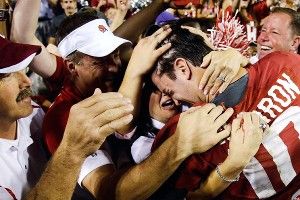