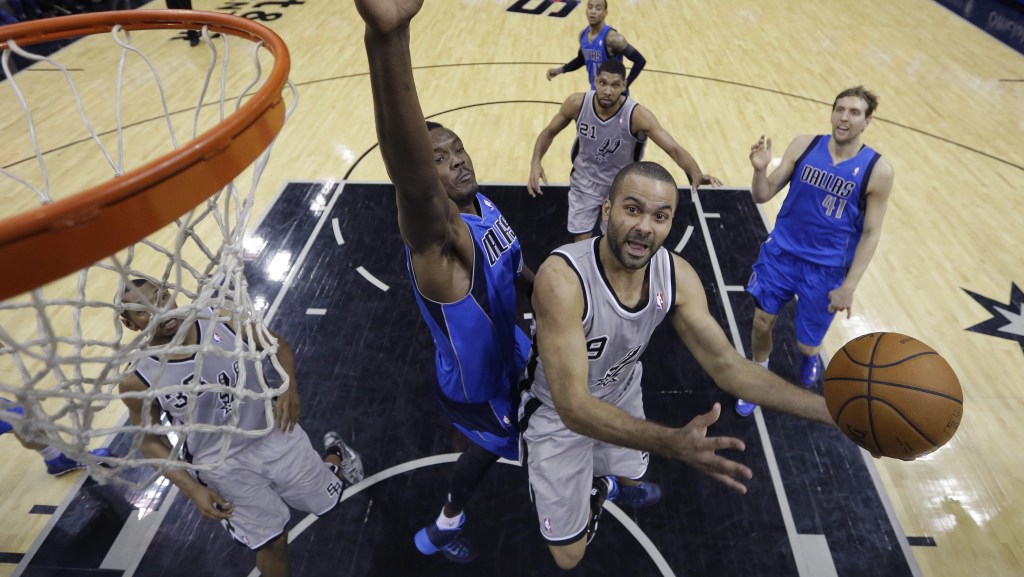 In case you were dealing with the ramifications of yelling “Don’t play me off” at a local law enforcement official, here are the big stories you may have missed in sports this weekend:

• Tony Parker’s return to the lineup for the Spurs proved massive, as his 22 points fueled the San Antonio Spurs to a 112-106 win over the Dallas Mavericks. “Tony, you look marvelous!” said formerly legendary comedian Billy Crystal to his TV after the game with an assured smile, before bitterly telling his wife, Janice, that, no, he wasn’t going to flip over to the Academy Awards, and that she should bring out his Blu-ray copy of My Giant.

• Pat Riley sent a message to Heat fans saying “We have a long way to go” before the team could really consider three-peating. Riley’s comments caused Heat fans from across the globe to raise an eyebrow and ask what Riley knows about running a team or winning three championships in a row?

• Wichita State won, Syracuse lost, and Will Sheehey and Yogi Ferrell led the way as Indiana improved its NCAA tournament résumé with a 72-64 win over Ohio State. “Tough loss, but a great opponent. You know what I love about playing Indiana, man,” veteran Ohio State point guard Aaron Craft said as he iced down after the game. “I get older, but their guards stay the same age.”

• Newly signed Mariners second baseman Robinson Cano said he thinks the Mariners need an extra right-handed bat to compete in the AL West this year. After making his comments, Cano let out a deep sigh and added, “Oh. So this is what’s it like to be on the Mariners, huh?” as “The Sound of Silence” by Simon and Garfunkel began to play softly in the background.

• Tiger Woods pulled out with an injury and Rory McIlroy coughed up a 54-hole lead before falling to Russell Henley in a four-man playoff at the Honda Open, while Paula Creamer grabbed her first LPGA title in more than three years by sinking a 75-foot playoff-winning putt at the HSBC.

• So, congratulations to Paula Creamer for accomplishing something more impressive with a single putt than the sum of everything I’ve done in my life. Congratufuckinglations.

• Contract talks between the Bills and Pro Bowl safety Jairus Byrd have reportedly stalled. “Look, all talks between the Byrds and the Bills are going to be awkward,” said Bills general manager Doug Whaley. “I mean, that’s a part of growing up as a GM. It’s a new phase in life, and there’s a lot to teach about what’s important and what it is to be a man. I will say my original plan to tuck a contract offer in an old Playboy and slide it across the table was a bad idea, but hey, I’m as new to this talk as he is.”

• Manchester City overturned an early deficit and took down the Capital One Cup with a 3-1 win over Sunderland. “It’s a majestic tradition,” said Manchester City captain Vincent Kompany after the match. “When I was a wee lad in Belgium I’d tell my papa, ‘Please, papa. Let me stay up for the Capital One Cup final.'” Kompany then shook his head and said, “But my father was a cruel man. A cruel, cruel man. And he would allow no such thing, and then send me to bed without frites.” When told that the competition was only known as the Capital One Cup for the past couple of years, Kompany said, “I know. This was two years ago, when Liverpool beat Cardiff. Or so I heard.”