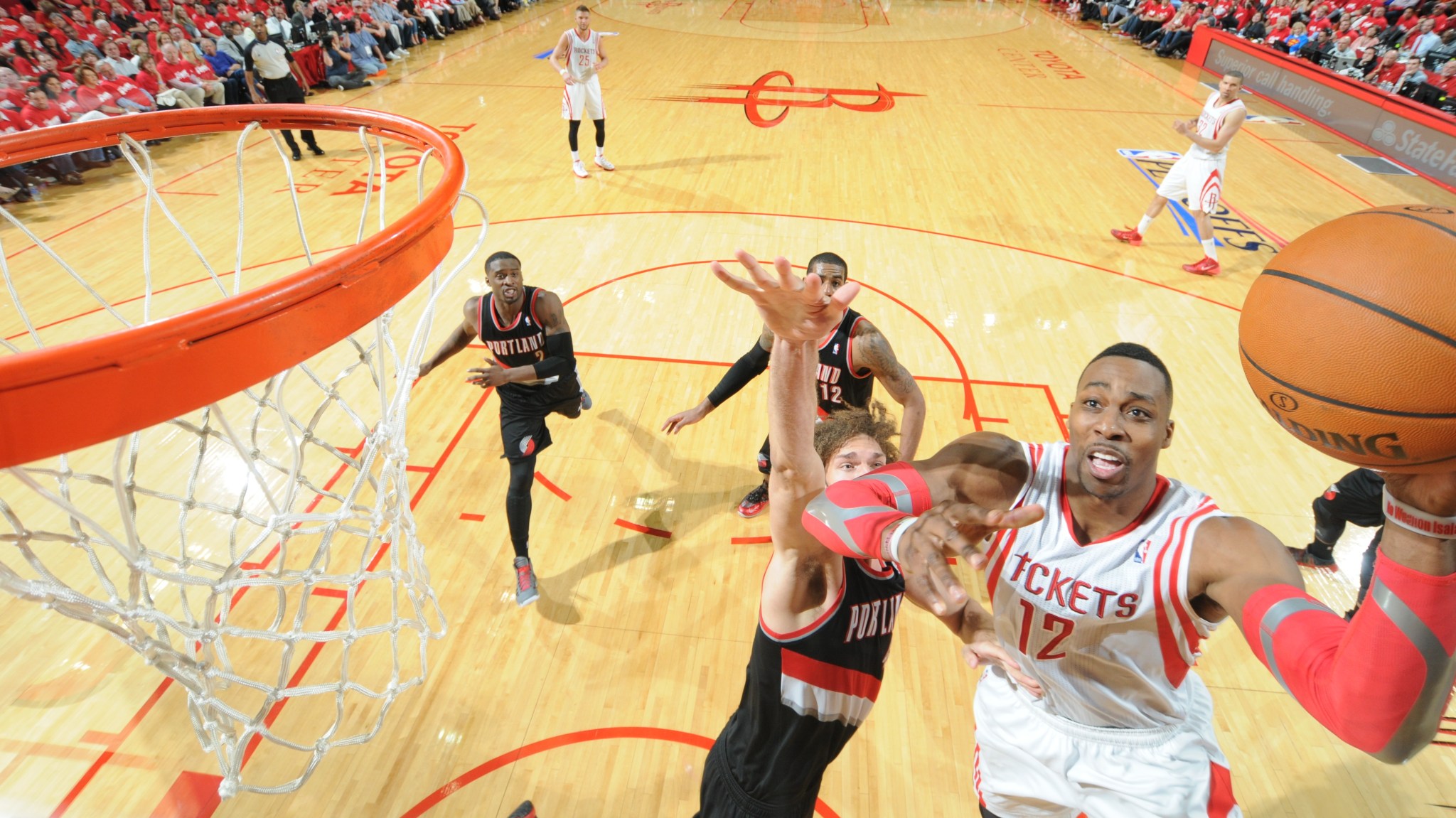 In case you were out inspiring Bob Dylan to write a song about you one last time, here are the top five stories you missed in sports last weekend:

In everything is playoffs:

Nobody from Chicago was able to beat the Wiz, as Washington topped the Bulls 102-93, while LaMarcus Aldridge and the Blazers came from behind before beating the Rockets in overtime 122-120. “Gonna have to get better, we got beat on a lot of levels tonight,” Rockets center Dwight Howard said after the game. “I mean, Aldridge was outscoring me all game, and then boom, he fouls out and I’m like, ‘Oh, fool coming in is about to get covered in Dwight-Out now,’ because I was gonna fart on him like nine times. But then …” Howard’s face fell as he shook his head and whispered, “Joel Freeland? In a playoff game? That’s taking a joke too far, Portland. Too far.”

Eastern Conference favorites Miami and Indiana both struggled in their playoff openers, as the Heat had to fight hard to beat the Bobcats 99-88 while the Pacers fell to the Atlanta Hawks 101-93. “They said we didn’t belong,” bellowed Atlanta point guard Jeff Teague, “but we showed them. And we’re going to keep showing them. I mean, it’s not like we finished 10 games below a team that didn’t make the playoffs!” When told that in fact the Hawks had finished 10 games behind a team that didn’t make the playoffs, Teague cocked his head and said, “Really? Damn. That’s terrible. Ten games? That really makes you think about the cruelty of fate and stuff. I mean, we’re still gonna show them. But damn.”

In hockey, Boston evened up its series with Detroit at a game apiece with a 4-1 home win, while the Sharks are treating the Kings like they’re betrothed in a George R.R. Martin novel after taking a 2-0 series lead with a 7-2 win in San Jose. “At this rate, I’ll need to write in a Teal Wedding,” sports fan Martin said upon seeing the result, before adding with a laugh, “No, I’m just kidding. I forgot how to write three years ago! Completely forgot! I put my pen to paper and then just start drooling. It’s real weird. And deeply unfortunate given where I am in forging a dense and complex narrative. But I do very much like the color teal.”

In there are no playoffs in soccer, but this is essentially just more playoffs:

Chelsea suffered their first home defeat of the season, falling 2-1 to American Jozy Altidore and relegation-threatened Sunderland. The loss also allowed Liverpool to inch closer to the Premier League title with a nervous 3-2 win over Norwich City. “That’s just Altidore being great like he always is,” said Portland native and American soccer fan Mark Standley upon hearing the result. “I mean, let’s look up how many goals Jozy has this year. I bet it’s like 100.” Standley then pulled up Altidore’s stats for the season, pondered them for a second, and added, “Well, goals aren’t everything. I mean, there’s so much more to the beautiful game than how many goals you score.”

In players getting sent off:

Sunday provided much baseball-related excitement as Dustin Pedroia led the Sox to a 6-5, come-from-behind win over the Orioles, and Brewers outfielder Carlos Gomez spent too much time admiring a triple, getting himself ejected after a bench-clearing brawl in Milwaukee’s 14-inning 3-2 win over the Pittsburgh Pirates. Gomez violated the first unwritten rule of baseball, “Thou must not look at cool stuff you’ve made for too long,” which is the same rule Mike Napoli violated in the Boston clubhouse when he was caught staring soulfully into his own beard for too long and was fined $12,000 by the organization.

The Borini Conspiracy: The Loaned-Out Striker, the Penalty Shot, and Liverpool's 10-Year Plot to Win the Premier League