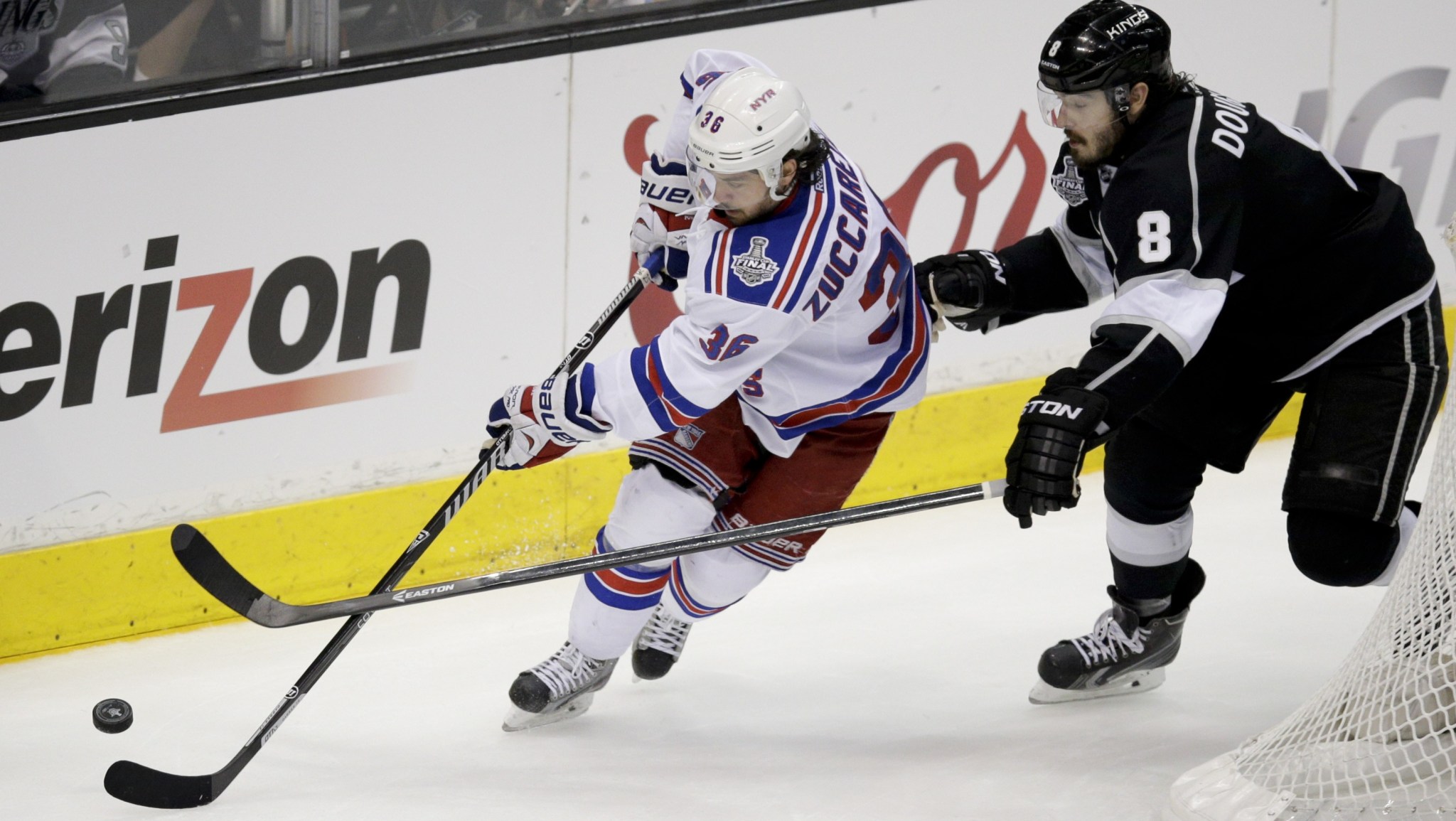 In case you were busy exhausting all possible avenues to make sure that X Games cyclist Chase Hawk is in no way related to skateboarding legend Tony Hawk … ALL possible avenues … here are the top six stories you missed in sports last weekend:

No deficit is too much for this Los Angeles Kings team, as they once again battled from behind to beat the New York Rangers 5-4 in double overtime, seizing a 2-0 lead in the Stanley Cup final. “Well, there has to be something we can’t come back from,” said Kings captain Dustin Brown as he eyed a bottle marked with a skull and crossbones buried in the back of his locker. “Like, maybe coming back from actual death would be too much. But, then again, maybe it wouldn’t be?” Brown then laughed and said, “No, just kidding. That would be crazy. To see if I’m immortal by drinking poison. I mean, right, guys? That would be crazy, yes?” Brown then squinted hard at the bottle before adding, “Especially before we’ve actually won the Cup. That would be way too early to test if I’m a god. Right?”

In getting the AC back along with the green:

LeBron James bounced back from having cramps and scoring 25 points with a non-cramped 35-point performance as Miami evened up the NBA Finals at a game apiece with a 98-96 win over San Antonio. After the game, a non-cramped LeBron asked, “You guys are going to stop talking about the cramps if we win this series, right?” LeBron then looked as if he might cramp up before adding, “You aren’t, are you?”

Rafa Nadal won the French Open for the (NUMBER) straight time, beating (FULL NAME OF NOVAK DJOKOVIC) and leaving Rafa with (NUMBER) Grand Slam titles, a mere (17 MINUS THE PREVIOUS NUMBER) short of Roger Federer’s career record. This is an (ADJECTIVE) athletic feat that we should all (VERB). While Rafa dropped (ONE or TWO) set(s), the result never (ADVERB) seemed in (NAME OF MOVIE STARRING BOTH PHILIP SEYMOUR HOFFMAN AND MERYL STREEP). The most (ADJECTIVE) part of the match was when (LAST NAME OF NOVAK DJOKOVIC) (GROSS VERB) liquidy (GROSS NOUN) all over the clay at Roland Garros.

In affronts to the Gods of Baseball™:

Orioles third baseman Manny Machado was ejected after throwing his bat when A’s reliever Fernando Abad threw inside at Machado in Baltimore’s 11-1 loss to the Oakland A’s. When asked if there was any intent on his end, Machado said, “The bat slipped out of my hands.” When Ahab was asked the same question, he lit up a tobacco pipe and replied, “Aye. Intent. Did the white whale have intent? When he tore off my leg like so many planks of lumber, and also tore apart my ship like so many other planks of lumber? Lost a whole crew of men, I did. But the ones who survived are the ones I trust. And with them I’ve searched every ocean hoping for a chance to bring down that beast. It’s a metaphor. But it’s also quite literal.” Ahab then cleared his throat, adjusted his sailor hat, and asked, “But why are ye asking me this? Shouldn’t ye be asking Abad? I’m Ahab. Common mistake. I have Abad’s number somewhere carved on my leg. I’ve been meaning to get one of those new Android phones, but I’ve been using a peg leg as an address book for so long … wait, where are you going?” Abad was unavailable for comment on the matter.

In a story of a horse and the man who made other horses breed to create said horse:

California Chrome failed to complete his Triple Crown bid, coming in fourth place behind Belmont winner Tonalist, who had missed the first two races of the Triple Crown, much to the chagrin of California Chrome co-owner Steve Coburn. “When I take two horses and make them make a child horse together,” said Coburn after Chrome’s defeat, “I expect that baby horse, whose existence is the result of me taking horse semen from one horse and putting it in another horse using tubes and such … I expect that baby horse to be allowed to race against other comparably tired baby horses commissioned by other men with jobs much like mine.” Coburn then added, “My job, to be clear as a window that I spat all over on a Monday, is judging how horse offspring will run in circles, even though I can’t tell them to run using words or nothing. You know, because they’re horses. So I think you can understand why I’m rip-roaring mad right now. My life and vocation are, yeehaw, quite relatable.”

NBA Finals Shootaround: You Wouldn't Like Me When I'm Angry