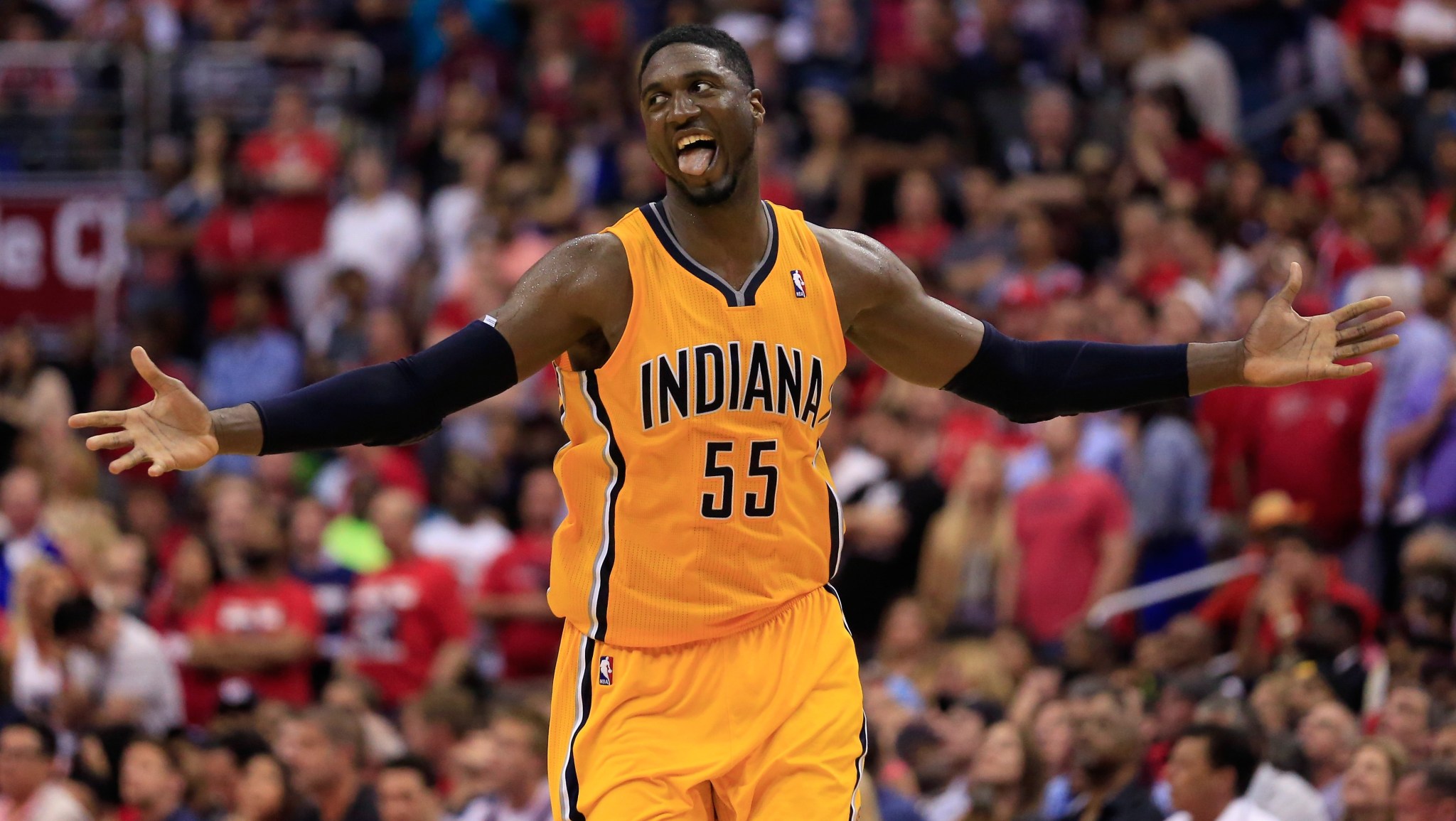 In case you were busy explaining to the world why you can’t explain things to your children, here are the top six stories you missed in sports last weekend:

In things you can call a comeback:

In NBA conference semifinals action, Paul George poured in 39 points as the Pacers turned around a massive halftime deficit en route to a 95-92 win over the Wizards, while Darren Collison led the Clippers back from a late 16-point deficit to beat the Thunder 101-99. Despite months of turmoil, the Pacers now sit only one game away from their second consecutive Eastern Conference finals berth and finally have their starting five clicking on all cylinders again. Which means Indiana will lose the next two games in shocking fashion, before gutting out a Game 7 win over the Wizards just when everyone has written the team off. The Pacers will then lose the first two games of the Eastern Conference finals, get written off again, win three in a row, and be crowned the presumptive NBA title favorites, before losing the next game, setting up an epic Game 7 that will come down to Roy Hibbert free throws. After that? Anybody’s guess.

Cincinnati closer Aroldis Chapman was back from a scary spring training head injury, recording the save and throwing 100 mph heat as the Reds beat the Colorado Rockies 4-1 on Sunday. When asked what he learned from his injury, Chapman said, “I try pitching to contact, never again. I learned to never take pitching advice from a Kevin Costner movie streaming on the Netflix.” Chapman then added, “Strikeouts aren’t boring, and besides that, who cares if they’re fascist? Also, I will no longer play for the love of the game, but instead will play only because it is a means of making money and maintaining residency in the United States. Also, I will not trade draft picks with the Seattle Seahawks, though that seems not so likely to come up any time soon.”

In the ’qvist for the Cup:

The New York Rangers, powered by sterling performances from Martin St. Louis and Henrik Lundqvist, beat the Pittsburgh Penguins 3-1 on Mother’s Day to force a Game 7 in their Eastern Conference semifinal. “It may be a Game 7, but I feel no stress,” said Penguins forward Sidney Crosby after the game. “On the one hand, I really want to raise the Cup this year, but I almost want to see what people will say about me if we lose.” Crosby then chuckled and added, “Plus, what they’ll say about Marc-Andre. Oh, man, that would be nuts. Seriously, it’s a win-win as far as I’m concerned.”

In facing down the wrath of God:

While the Brooklyn Nets were able to grab a 104-90 win over the Miami Heat to improve their standing to a 2-1 series deficit, the Portland Trail Blazers were not able to muster a similar challenge against San Antonio and now face imminent elimination after falling 118-103 to the Spurs. “This is le end,” sang noted Frenchman and Blazers guard Nic Batum after the game as he sparked up a Gauloise. “My only friend. Le end.” But Blazers coach Terry Stotts was unmoved, and slapped the cigarette out of his shooting guard’s mouth. “This is not the end. We’re still going up that river,” Stotts declared. “No matter how many men have to die or how many times I have to sub in Joel Freeland.” Though it was unclear to which river Stotts was referring, most assumed it was the Willamette, which runs through Portland, or the San Antonio River, near the AT&T Center, which the Spurs call home. But if you ask me, he was referring to the Mekong, at the end of which lay the destiny of any team facing “Colonel” Gregg Popovich: insanity.

In the Fifth Major is love:

Martin Kaymer sunk a 30-footer to beat Jim Furyk and Jordan Spieth to win The Players Championship by one stroke at 13-under. But the big news is that it’s another week and another loss for the 20-year-old Spieth, leading everyone to ask the looming question: Will Spieth ever win the big one? My opinion: definitely not. With the number of near misses Spieth has amassed, I say if he doesn’t have two majors in the bag by the end of the season, he’ll never win one.

The NFL draft wrapped up on Saturday, with the most notable pick being Michael Sam, who became the first openly gay NFL player after getting drafted by the St. Louis Rams. Meanwhile in an apartment in Queens, a father and son watched the end of the NFL draft together. As Michael Sam was drafted, the TV showed Sam kissing his boyfriend, Vito Cammisano. “Why are those two men kissing?” the son asked his father. The father looked at his son and said, “Because some men love other men, and they show their affection physically, much like I used to do with your mother.” The son nodded. The father did, too. But even after the draft was long over, the two men did not flip over to the Nets game. For the father, the thought of explaining to his son, a die-hard Knicks fan, why the Nets were still alive in the NBA playoffs was too much to bear.