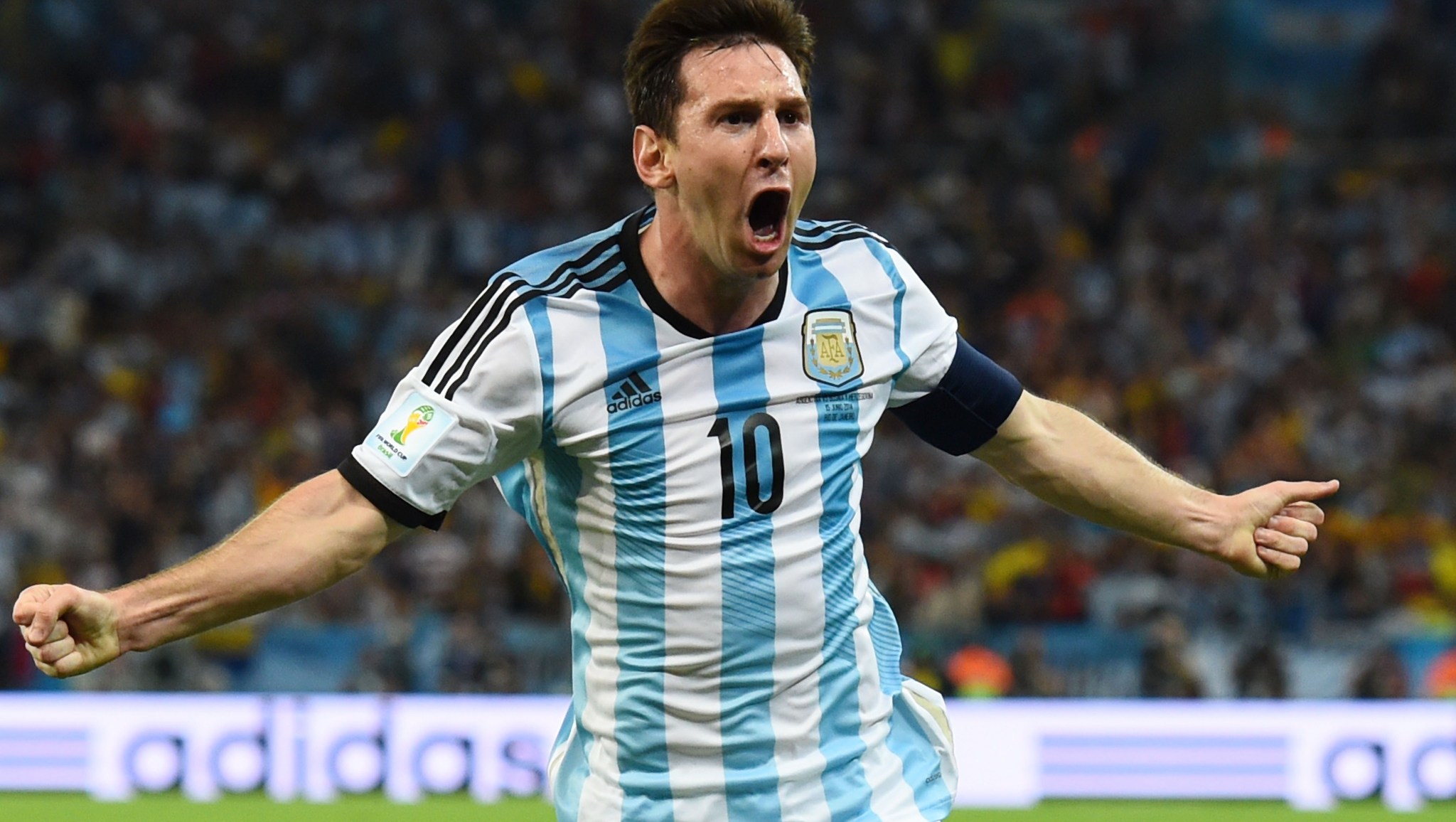 In case you were busy celebrating the 17th anniversary of the Billy Crystal and Robin Williams vehicle Fathers’ Day, here are the top five stories you missed in sports last weekend:

In so much World Cup action:

Argentina forward Lionel Messi scored his first World Cup goal in eight years as La Albiceleste beat Bosnia and Herzegovina, 2-1, at the Maracanã in Rio, while Mario Balotelli headed in the winner for Italy, which topped England, 2-1, in the Amazonian capital of Manaus. I’m not sure to what degree you guys want to nerd out on soccer, but if your answer is “Maybe a little, sure,” watch this touch that Andrea Pirlo doesn’t take on Italy’s first goal:

That is as classy a moment of active inaction as you will find in any sport. And if you want to see where the man who makes plays like that one exists in his own element, well, here you go:

And if you don’t want to nerd out on soccer at all? This is going to be a long month.

In the long life of the Kings:

Los Angeles goalkeeper Jonathan Quick again dueled with Henrik Lundqvist well into a double-overtime game before Alec Martinez slammed a Stanley Cup–winning goal to give the Kings their second NHL title in three years with a 3-2 win over the New York Rangers. “I knew we could never die,” said Quick as he hoisted the trophy aloft like a great stein of mead after the game. “Before the playoffs I went to a trio of witches in the woods, and they told me, ‘Only a man of woman born can slay the king,’ and I was like, ‘Don’t you have that backward, witches?’ And they were all like, ‘No.’ So that concerned me. But then I was like, “Sharks aren’t men, and neither are Ducks. Then I was worried about the Blackhawks, but decided they could be helicopters instead of a quasi-offensive reference to American Indians. But the Rangers were still a problem. That is, until I looked at Lundqvist’s inhumanly chiseled features and realized he must have been forged by lesser gods than Lord Stanley, and that the Stanley Cup would be ours.”

German golfer Martin Kaymer won the U.S. Open at Pinehurst No. 2 by eight strokes, routing the field while finishing the tournament at 9-under. “Get used to Germans beating you by extraordinary margins, America,” said Kaymer after the tournament, before quickly adding, “I’m talking about football. Soccer. You call it soccer, yes? Please don’t take my comments another way.”

In even more World Cup action:

Holland, powered by two-goal performances from Arjen Robben and Robin van Persie, overcame an early deficit to thrash Spain, 5-1, reversing the result of the 2010 World Cup final. Van Persie started the fabulous Dutch performance by putting in an early contender for goal of the tournament. The Vine of this goal is below, and make sure you watch it once looking for Spanish defender Sergio Ramos’s reaction to the ball hitting the net:

I think I know what Ramos was thinking: Ahhhhh, damn. Damn, damn, damn. We missed the plane. The door is closed. We missed it. Look, it’s pulling away from the gate — do not give me that look. Yeah, I know I was late, Gerard Piqué, but you said that if we left at 2:15 we’d have plenty of time to make the flight and you know I’m always 15 minutes late. No, I know it’s on me. But you could have pre-budgeted that time. Just take a little responsibility for once in your life, Gerard. I’ve been there, Sergio. I’ve been there.

France topped 10-man Honduras, 3-0, behind a barrage of goals from striker Karim Benzema, including one that was the first in World Cup history to be confirmed by goal-line technology. “I do not like this technology,” said noted French manager Didier Deschamps. “It may have given us this goal and this match, but it also gave us something else: the illusion of truth in a reality filled only with lies.” Deschamps then pulled out a pack of Gauloises and mused, “If you think of the ball as our lives, and the goal as an understanding of the beyond, then the desire to score is only the desire to know what is death. And we cannot know. We can only suspect that we have glimpsed the beyond, and then be tormented by uncertainty. So when we are given a goal with the understanding that the goal is a goal, we have been given a very small truth in the service of a much larger lie.” Deschamps was then asked what goal-line technology robots dream of, before taking a drag off a Gauloise, arching a single eyebrow, and saying, “Probably basketball.”

NBA Finals Shootaround: The Spurs of the Moment