About Last Weekend: Break Up the Brew Crew 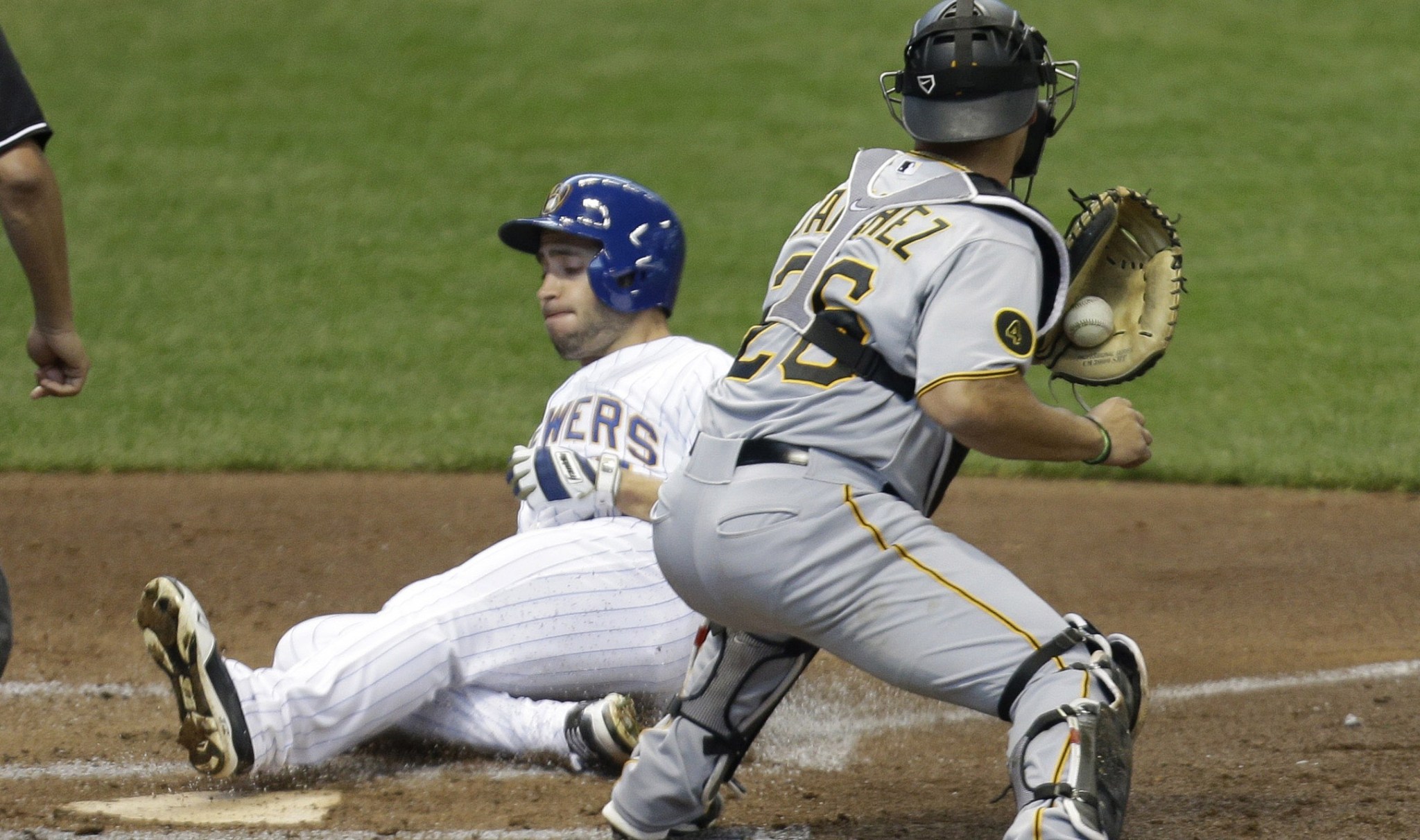 In case you were making some really bad decisions at LAX, here are the six biggest stories you missed in sports last weekend:

Kyle Lohse was in command as the Milwaukee Brewers won their ninth consecutive game, a 4-1 victory over the Pittsburgh Pirates, to move to a league-best 10-2. “They say you can’t win the title in April,” said Brewers manager Ron Roenicke, “but we proved them wrong!” Roenicke then hoisted aloft a championship trophy made out of twigs and branches wrapped in tinfoil while shortstop Jean Segura poured a Coke Zero over his head.

Former one-time Masters champion Bubba Watson is now two-time Masters champion Bubba Watson, after the long-hitting Floridian southpaw held off a stern challenge from 20-year-old Jordan Spieth to take the tournament by three strokes at 8-under. With another blown major, questions have to be asked of Spieth. Does he have what it takes to win the big one? Or is he going to be just another flash-in-the-pan choke artist like Phil Mickelson, LeBron James, Peyton Manning, Alex Rodriguez, or his namesake Michael Jordan, none of whom won the big one, or so I can only assume, because I stopped following their careers after they choked away so many early chances to make a championship mark on their sports. I hope not for Spieth’s sake, because I’m one or maybe two close calls at a major away from never watching him play golf again. You’re on notice, Spieth.

In short men punching each other in the face:

Manny Pacquiao reclaimed the WBO welterweight title with a comprehensive win by decision over Timothy Bradley Jr. The win avenged a controversial decision in 2012 that gave Bradley a win over Pacquiao in a bout that was actually much more lopsided than this one. I was going to make a joke about how Pacquiao’s one goal was to win less impressively this time, but I didn’t want to risk angering his mom. Because apparently this is what happens when you anger Manny Pacquiao’s mom:

Do not anger Manny Pacquiao’s mom.

In the 150cc Special Cup that is the Premier League:

Raheem Sterling and Liverpool grabbed a 3-2 win over Manchester City at Anfield to move into pole position in the race for the Premier League title. Unfortunately for Liverpool, this has made them vulnerable to blue shells and lightning bolts that could be lobbed from the likes of Norwich City and Crystal Palace, which combined with the standard triple–green shell attack of Chelsea’s strike force of Demba Ba, Fernando Torres, and Samuel Eto’o means that at any moment they could be knocked off the Rainbow Road taking them to their first Premier League title. To be clear, Liverpool’s lightning-fast counterattack in this analogy is Toad, and Manchester United manager David Moyes is controlling Donkey Kong and is completely unable to differentiate between fake and real question mark boxes.

In playoff hockey over already?

Union College of Schenectady, New York, is your Frozen Four champion after the excellently named Dutchmen took down Minnesota, 7-4, in the NCAA men’s hockey championship. “Schenectady’s back!” yelled elderly Schenectady resident Earl Gustafferson as Union won. “I’m gonna fire that ol’ GE plant back up! Let’s go! Schenectady!” And so he did, and the town’s derelict factories puffed back to life, spitting out thousands of adding machines, asbestos panels, and incandescent filaments, which will cost the city more than $250,000 to dispose. That money will be taken directly from the deeply slashed elementary school budget.

In playoff basketball is over in Manhattan already:

At the top of the standings, the Pacers beat the Thunder, 102-97, to all but lock up the top seed in the Eastern Conference, while the Atlanta Hawks beat the Miami Heat, 98-85, to clinch the no. 8 seed, in the process eliminating the New York Knicks from the playoff race. In an apartment in Queens, the game was watched by a boy and his ailing father. “It’s better this way,” the boy said, as much for himself as his father. “We just would have lost later.” His father sat in his chair. This had not been a good season in many ways. There was the losing. There was so much bad JR Smith. There was the Bargnani presence. But there was also so much growth in his boy. And so when he looked at his son, smiled, and said, “You’re right. It is better this way,” what he was saying subtextually was thank you. Thank you, New York Knicks for making a man out of my boy in ways I would never dare to. Thank you.

Bubba and Jordan at Augusta