About Last Weekend: An End to the Madness 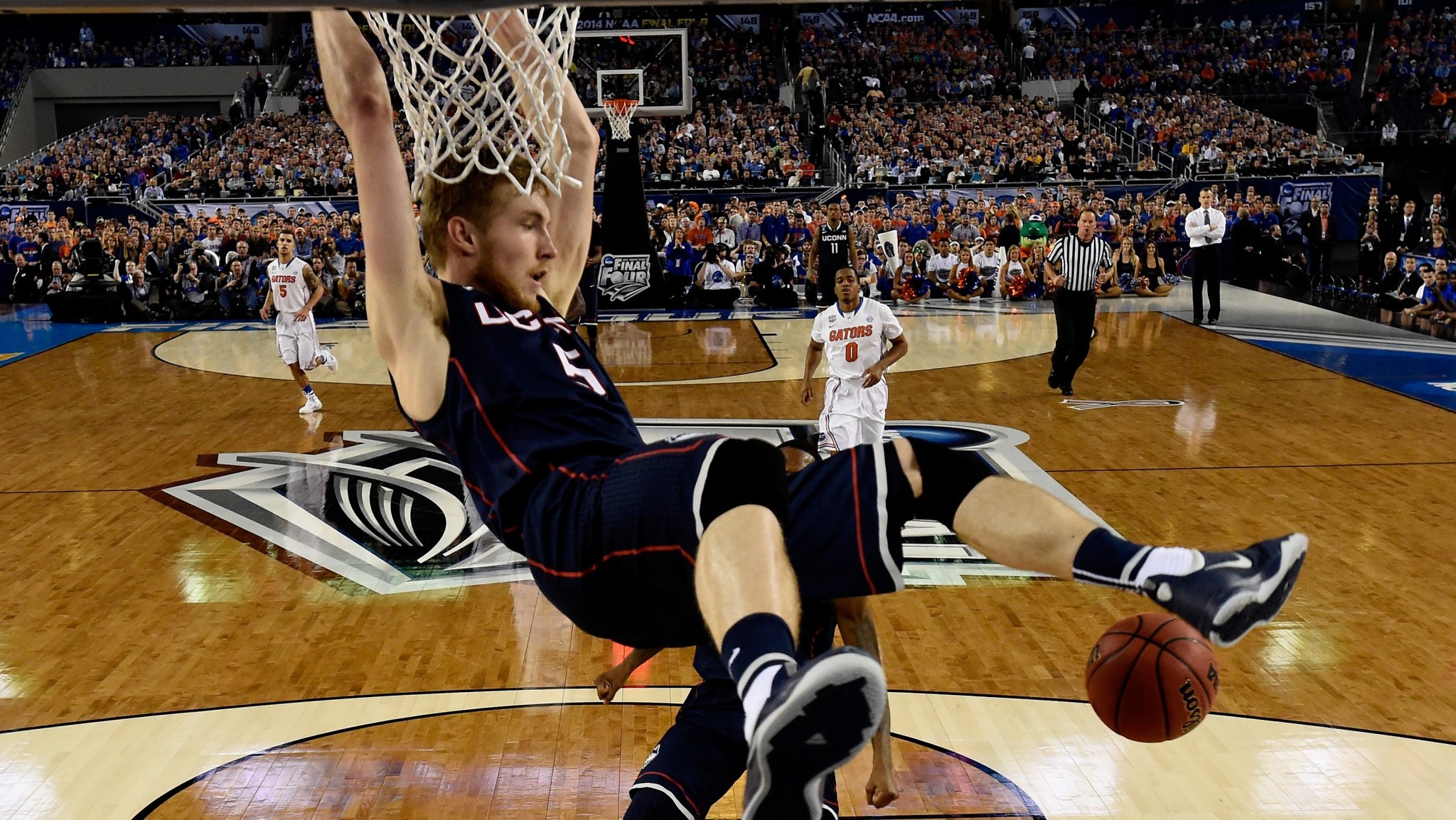 In case you were busy awkwardly explaining to Capital One that you’re not really a Lannister, here’s are the top five stories you missed in sports last weekend:

In proof that a single-elimination tournament is a thrilling yet strange way to decide the nation’s best college basketball team:

Another Aaron Harrison game-winning 3-pointer put no. 8 seed Kentucky in the NCAA tournament final as the Wildcats beat the Wisconsin Badgers 74-73. “If the slipper fits, wear it!” said Kentucky head coach John Calipari about his team’s surprising run. “And sure, in our case we found the slipper at the bottom of a pile of really expensive Air Jordans. They’re vintage and custom. We even have those photo-reflective ones. You can’t get those anymore. But the slipper fits too! And it’s vintage and custom. So boom, everything’s coming up Cal.”

Kentucky will face Connecticut in the final, after the Huskies upset the Florida Gators, 63-53, to clinch their fourth finals appearance in the last 15 years. Connecticut also put its undefeated women’s team in the NCAA final, a fact that did not slip past Stamford resident and UConn alumnus Blair Whitson, who called to his wife, Martha, “Both teams! They both made it. That’s quite something, isn’t it?” But Martha said nothing. She was in what had been the maid’s quarters once, but became her sewing room when having live-in help became superfluous what with the kids having left for college. That Blair had likely slept with the woman who had raised her children had little to do with the decision. This was before the money dried up, of course; had it been after, she never would have been able to finish the renovation. Renovation. That’s the perfect word to describe what I’m doing, Martha Whitson thought to herself as she attempted to close a piece of luggage containing three changes of clothes, a hunting knife she ordered from Williams-Sonoma, and $55,000 in cash. Where would she go? Who would take her in? $55,000 would likely only last her a couple of weeks with her lifestyle and sophistication, but perhaps she could stretch it if need be. Was she really ready to leave the life she’d led for so long? No, but she knew she could do better. She deserved better. “Both teams. The finals,” Blair called again. “That’s a doozy.” The finals will be a doozy, Martha thought to herself as she finally got the clasp on her suitcase to snap shut. This changes everything.

In a farewell to arms (specifically the arms of Derek Jeter, which will presumably be cut off and sent to Cooperstown upon his retirement at the end of this season):

Derek Jeter passed Hall of Famer Paul Molitor on the all-time hits list while the New York Yankees beat the Toronto Blue Jays 6-4. “Ironic that I passed Molitor in one of the many cities in which he played baseball,” Jeter said after the game with his trademark smug eye roll. When told that Molitor only played for three teams, Jeter’s eyes rolled again as he spat back sarcastically, “Only three? I must say, I’m physically repulsed by his disloyalty. Do you know how many teams I’ve played for?” When told one, Jeter’s eyes rolled even more as he said, “Wrong, foolish mortal. The answer was none. I don’t play. I work. But this year, I’m taking the gloves off and speaking my mind. No more Mister Nice Jeets.”

In seriously, when do the hockey playoffs start??

No Kane? No Toews? No problem for the Chicago Blackhawks, who beat rival St. Louis, 4-2, at the United Center. “What in the hell are you talking about, ‘no problem’?” asked incredulous Chicago head coach Joel Quenneville.”That’s like saying your house being on fire is no problem because you managed to shave three minutes off your morning commute.” When asked why he used that analogy, Quenneville replied, “Because I had a house fire a couple of days ago, but I also managed to shave a couple of minutes off my morning commute, but more important, I’m missing Jonathan Toews and Patrick Kane and that’s definitely a goddamn problem.”

In the fleeting moment when the Knicks were going to make the playoffs, which is now behind us:

The FDIC took the form of the Atlanta Hawks, who cracked down on the hapless Indiana Pacers at Bankers Life Fieldhouse, winning 107-88, while J.R. Smith’s 22 3-point attempts were an NBA record, but his 10 makes weren’t enough for New York, which had its playoff hopes dented while falling to the Miami Heat 102-91. A boy and a man watched the games from a small apartment in Queens. “Twenty-two,” the son and father mouthed silently to themselves in unison when Smith’s last attempt went up. For the father, the number reminded him briefly of his past; he had been 22 when he had hastily married the boy’s mother, who was already pregnant. He had been in love at the time he was sure, though he could barely remember the feeling the word “love” conjured up. For the son, 22 represented the age when he saw himself finally getting off the bench for the Knicks. He would have been drafted out of St. John’s two years earlier late in the first round, groomed to take over the 2-guard. He’d learn from the best, grow his game, and establish himself as the sort of workaday NBA starter that would make his dad proud. A modern-day Allan Houston, but without the burdensome contract. And, despite his shooting prowess, he would never shoot 22 3s in a game, unless he was really feeling it, and they were playing the Heat in Game 7 of the Eastern Conference finals … the boy realized his reverie had spun too far out, and he could feel his father’s eyes from the moment years earlier when he told his dad that one day he would play for the Knicks. The man had said nothing, but the silence spoke volumes. “Twenty-two,” they both mouthed again, and shook their heads for very different reasons. “Twenty-two.”