About Last Night: Warriors Come Out and Play 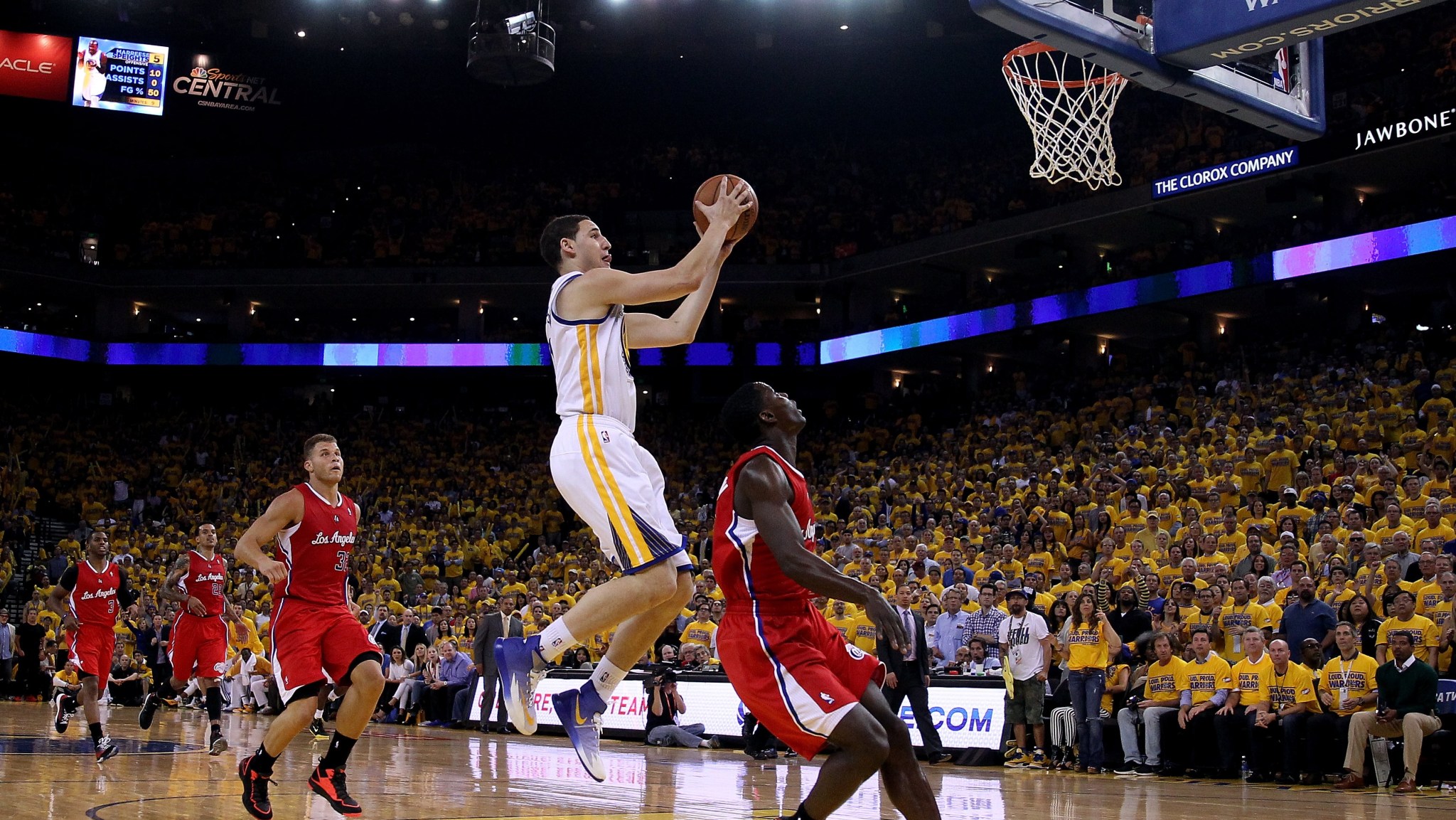 In case you were busy considering the implications of not playing any SEC conference games at all, here are the top five stories you missed in sports on Thursday:

In going the distance:

Despite missing two late free throws, Stephen Curry and the Golden State Warriors eked out a 100-99 win over the Los Angeles Clippers to force a decisive Game 7. “Look, there were only 0.4 seconds left on the clock, cut me some slack,” Curry said into his phone after the game. “Dad, we won. This isn’t time for a shooting clinic. Hold on. It’s the other line.” Curry then looked at his phone, tapped the screen, and said, “Seth! Good to hear from you! Where even are you? Yeah. Yeah. I know. They didn’t matter! Lay off me lil’ bro, there was no time left and— hold on. Call waiting again.” Curry then looked at his phone again, grimaced, and said, “Mom? Seriously? No, don’t put dad on, I already spoke to him, hold on, another call.” Curry then looked at his phone, and threw it at teammate Klay Thompson before yelling, “If your dad wants to make fun of my free throw shooting, tell him to come down here and do it to my face.”

Also forcing Game 7s were the Pacers, who came from behind to beat the Hawks, 95-88, and the Thunder, who thrashed the Grizzlies, 104-84, after Kevin “Muffins” Durant finally imposed his will on the series with a 36-point performance. “I just thought that someone was going to tell me to do that,” Durant said as he sipped a hot mug of coffee after the game, before adding, “Man, this coffee is good. I could just completely submerge myself in this coffee. I mean, sure it might affect me structurally, but I just feel like I go perfectly with this coffee.” Durant then inexplicably said, “I contain more butter than you’d expect,” before tucking and smoothing out his dress shirt and leaving the arena.

In going for speed:

Along with reports coming out that Donald Sterling is being treated for prostate cancer, the NBA advisory/finance committee has fast-tracked its meetings about the banned Clippers owner as the league attempts to hasten his sale of the team in the wake of the release of his racist comments. Man, all this almost makes me feel sorry for … wait, nope. Not sorry at all. Not even a little bit. Moving on …

In being all alone as the only Canadian team:

Usually stalwart Bruins goalkeeper Tuukka Rask was anything but for Boston, which fell 4-3 in double overtime to Montreal in the first game of their Eastern Conference semifinal. “Raaaaask!” bellowed the Boston netminder at himself after allowing an early goal, before proceeding to destroy something beautiful to mask his shame. Fortunately we have footage of the carnage:

In returning to your team in a time of need:

Manny Machado played his first game since suffering a knee injury last season as the Baltimore Orioles, powered by a Matt Wieters walk-off home run, beat the struggling Pittsburgh Pirates, 6-5, in the nightcap of a doubleheader. The Pirates are now eight games under .500 just a year removed from their first playoff berth in two decades. And what changed? They got rid of A.J. Burnett, which was a classic violation of the old-timey baseball axiom “Never get rid of A.J. Burnett in the middle of a hot streak.” That axiom is of course slightly less well-known than the other classic baseball axiom, “Immediately get rid of A.J. Burnett at the first hint of a cold streak. Seriously, do it now. Oh god, why did you wait? Everything is lost! Everything!”

The Atlanta Hawks Stand on the Verge of Getting It On