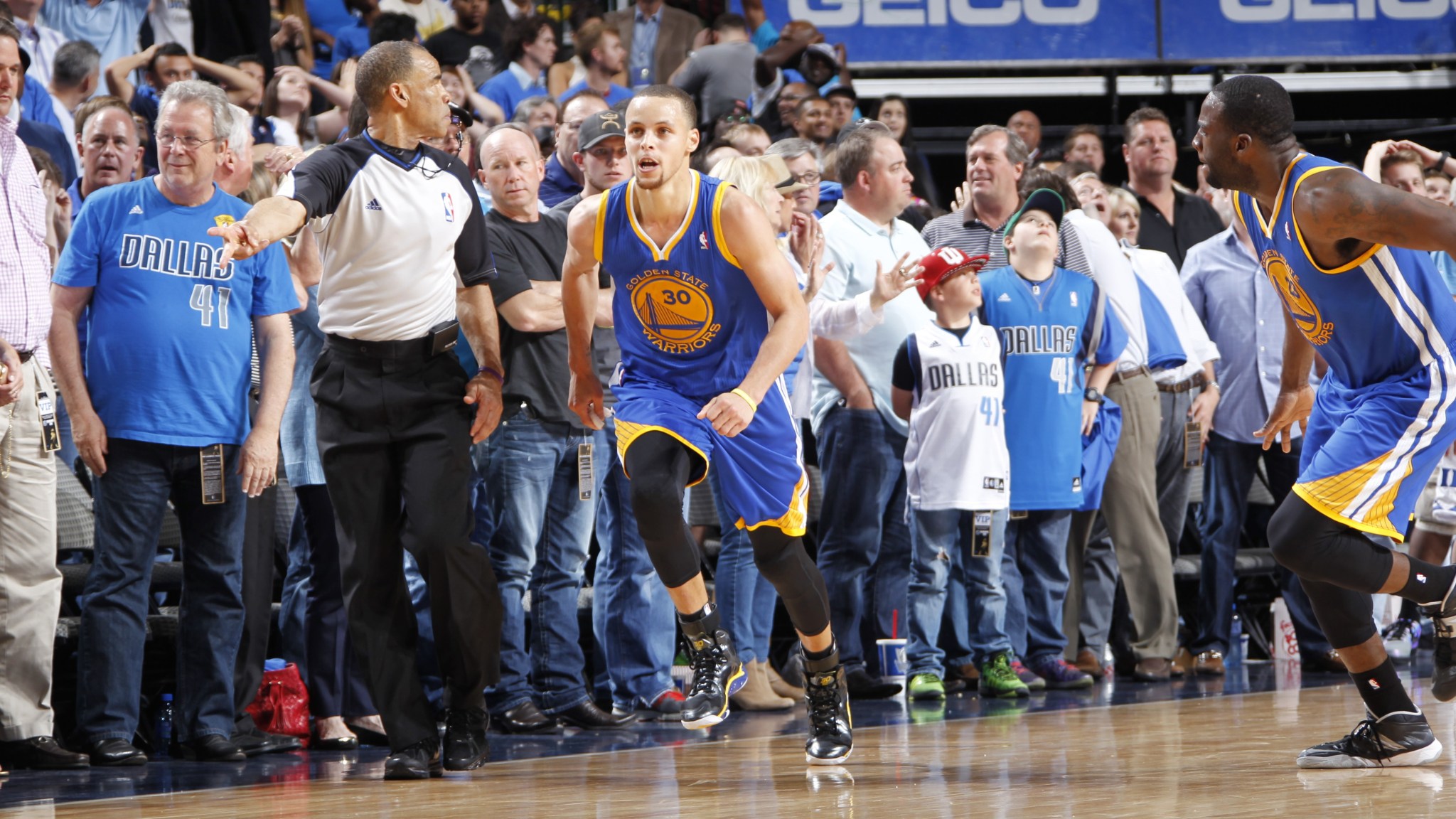 In case you were out getting covered in Dwight-Out all day long, here are the top six stories you missed in sports on Tuesday:

In the NBA playoff race:

In a pair of Western Conference showdowns with playoff implications, Portland handled the Lakers on the road while Steph Curry and Klay Thompson proved to be too much for Dirk Nowitzki and the Mavericks in Golden State’s 122-120 overtime win in Dallas. “What a shootout,” Curry said after the game. “But I guess there’s a reason why I have the nickname ‘Butch Cassidy and the Sundance Kid,’ and Klay has the nickname ‘good shooter.'” When asked why Thompson wasn’t the Sundance Kid, Curry cocked his head and said, “But I’m Butch Cassidy and the Sundance Kid. That’s just one guy.” When asked if he had seen the movie or knew anything about the story, Curry replied “of course,” but when pressed for details he proceeded to describe the plot of the little-seen 1998 children’s sci-fi film Star Kid.

The Brooklyn Nets clinched a playoff berth by upending a Dwight Howard–less Houston Rockets 105-96. “I didn’t even want to play, if I’m being honest,” Howard said of the game. “April 1? That’s prank amateur hour. Everyone is fooling, so that’s lame for me.” Howard then laughed and said, “Oh man, no way, I just covered you in Dwight-Out. I love April Fools’ Day. Best day of the year. I wasn’t fooling about not wanting to play, though. It really freed me up to drop some serious global Dwight-Out. Not lame at all.”

In guys whom I think would have fit well in Chip Kelly’s offense:

Wide receiver DeSean Jackson has a new home in Washington after agreeing to a three-year deal less than a week after being cut by the Philadelphia Eagles. “Are you kidding me? He’s already back in the NFC East?” said Giants head coach Tom Coughlin upon hearing the news. “Where was anyone else on this deal? This guy is going to haunt me till I die, isn’t he?”

In the undermining of a tradition unlike any other:

Tiger Woods will miss the Masters for the first time in 20 years after undergoing back surgery to treat a pinched nerve. While this is bad news for the world of golf, it’s worse news for announcer Jim Nantz, who finally came up with the perfect call for Woods winning the Masters. What is it? Now we’ll never know! How unfathomably cruel this is! Why world would you deprive us of the chance to hear what Nantz would have said? Why????

In an era when Kentucky qualifies as a Cinderella, so can these guys:

Manchester United managed a 1-1 draw at home in the first leg of their Champions League quarterfinal match against reigning champions Bayern Munich. “A triumphant draw,” declared United manager David Moyes after the match. “Our supporters relish being underdogs. They expect as much. And they have to be pleased with 1-1 at home. Here, let me open a window so you can hear their elation!” Moyes then did so and smiled. “Can you hear them?” he asked the assembled media despite the absence of sound. “They’re whispering, ‘Maybe Moyes isn’t the worst thing in the world.’ It’s a triumph!”

Amateur hour is over, and baseball is truly back as Derek Jeter and the Yankees finally got their season under way with a 6-2 loss to the Houston Astros. Look, it’s just one game, and baseball is a long season. If you don’t think the Yankees are going to send Jeter out on top in his final season, then you’re crazy. I mean look at this roster! [Looks at roster.] Oh. Well. Yeah, that’s OK I guess. I mean, Brian McCann is a nice piece. And Brett Gardner. The infield, though. Hmmm. And … That’s— has anyone seen Brian Cashman recently? Is he OK? I think we better check in on Cashman soon.