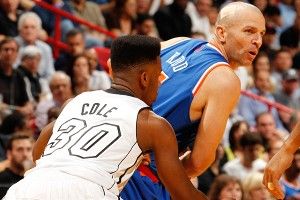 Editor’s note: Today, About Last Night will be written by Sherwood Lyle, the famous lifestyle blogger who runs the site “Sherwood Style!”

Hello my darlings!! TGIF, am I right??? That means “Thank God It’s Friday.” LOL. Oh my, there were so many stories in sports last night. It’s times like these that I wish I did About Last Night posts all day in a nonstop feed. Wouldn’t that be great? But I know one person who wouldn’t like it — MY WIFE! LOOLOLOLLOLOL. You guys are too funny. OK, on to the news!

OK, you guys, make sure to say something nice to another person today! I love when people say nice things. Maybe you’re like me and you love it, too. Or maybe you’re not. Either way, you’re the best!

Filed Under: About Last Night