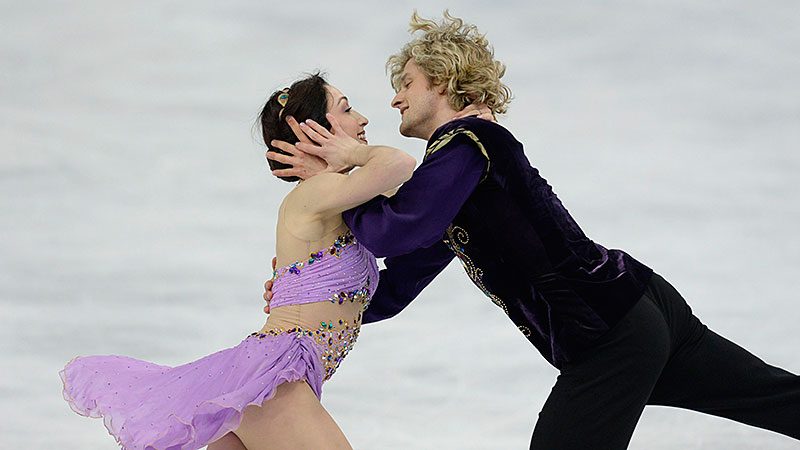 In case you were busy feeling all the wrong kinds of nostalgia while watching the Jamaican bobsled team, here’s what you missed in sports on Monday:

• Meryl Davis and Charlie White became the first Americans to win the Olympic gold medal in ice dancing, narrowly edging out the defending champions from Canada. Does anyone else think it’s weird that ice dancing is a bigger story than ever in America, in the first year the American team is capable of winning the event? Isn’t that a little too convenient? Look, I don’t want to sound like a conspiracy theorist, but it’s almost as if the people covering the Olympics are picking and choosing what’s important based on how well the nation they’re covering it for is doing.

• North Carolina overcame an early double-digit deficit to beat Florida State, 81-75. The win was Roy Williams’s 300th as head coach of North Carolina despite saying after the game, “I’ve said it before and I’ll say it again, I will not comment in regard to rumors that would connect me with a move away from the Kansas Jayhawks.” When asked where the two championship rings on his fingers came from, Williams shrugged and snapped back, “Pawn shop,” before leaving in a huff.

• Former Indians starting pitcher Ubaldo Jimenez has reportedly agreed to a four-year deal worth $48 million with the Baltimore Orioles. “We felt Ubaldo was a perfect fit for the Orioles organization,” said Baltimore general manager Dan Duquette. When asked to elaborate, Duqette said, “I mean, he’s not the best player, and we didn’t spend a lot of money, but we spent more than you thought we would, and there’s a small chance that he’ll be really good.”

• NFL prospect Johnny Manziel said Seahawks quarterback Russell Wilson’s success has “kicked the door wide open” for short signal-callers in the NFL. While he was flattered by Manziel’s comments, Wilson answered, “You should never have to kick a door open. It’s all about your preparation.” Wilson then brought out a folding step stool and added, “See, if I have to get through a door, I’m waking up at 5 a.m. to start reviewing video of that door. Which way does it open? What are its tendencies? Does it squeak? I don’t have every physical advantage so I have to use my preparation to give me the edge. Other guys, say, Cam Newton, they can just turn a doorknob. But I’m never going reach that doorknob at my height. Do I let that stop me? It’s like my father always said, ‘When you see a door, someone’s going to get through it. Why not you, Russ?’”

• The U.S. women’s hockey team thrashed Sweden, 6-1, in the Olympic semifinals, setting up a massive matchup with the Canadians in the gold-medal game. Canada has won three consecutive gold medals in this event, so it’s going to take some sort of divine intervention on frozen water for the Americans to bring home the gold. I would count us out. Yep, no precedent for anything like that to happen in the Olympics.

• The U.S. two-man bobsled team won bronze, the team’s first medal in the event in 62 years. “Well, back in 1952, I was a young lad of 19,” said team captain Steven Holcomb. “And if you had told me I’d still be in the bobsledding game in 2014, I’d have guessed the sleds were flying!” Holcomb then laughed and coughed, before adding, “Seriously, though, the Korean War was a heck of a struggle, so compared to that, this bronze medal was as easy as sliding down a hill.”