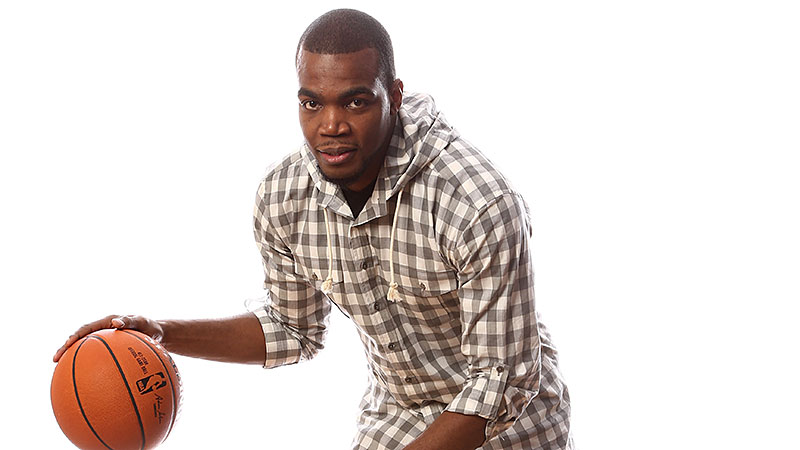 Even if you’re a basketball fan, there’s a decent chance you don’t know who he is. That’s what happens when you’re the quiet one in a league that depends on its stars being loud, culturally relevant figures. The quiet one who’s not really big or really small. And the quiet, not really big or small one who plays for the Atlanta Hawks.

Quiet or not, in his eighth season, Millsap was selected for his first NBA All-Star Game by the head coaches from the Eastern Conference. And because of this, Millsap was returning to his home state of Louisiana for All-Star Weekend.

In my head, it was a perfect story: the little-known guy having his coming-out homecoming party in front of his friends and family — a scenario in which he enters the weekend as “Paul Millsap?” and leaves as “PAUL MILLSAP, A.K.A. HIS HOLINESS THE TRILLSAP.” Yes, a number of factors would have to line up for this to happen — charismatic interviews, high-level appearances, and notable play in Sunday’s game — but why not?

Like I said, I spent a lot of time with Paul Millsap on Friday. And in that, I found the answer to my own question of “Why not?”

Millsap and I met at the Hyatt, the players’ hotel and the site of Friday’s media circuit. Having witnessed this processional at previous All-Star Games, I knew it to be an amazing example of organized chaos. Players and their inner circles bouncing from station to station, dragged into rooms and being asked to perform tasks ranging from answering questions to recording radio spots to taking pictures, all while kids run around trying to get autographs, half of them for the beauty that is having heroes’ signatures and half so their fathers can sell them on eBay.

Millsap’s day began with me. It was barely an interview; I only wanted to gauge his headspace before he launched into one of the biggest weekends of his career. He seemed excited, but more for the honor of the selection than the prospect of making a name for himself or dominating the weekend. He seemed both over and underwhelmed. I didn’t know what to make of that.

After me, it was the zoo time. 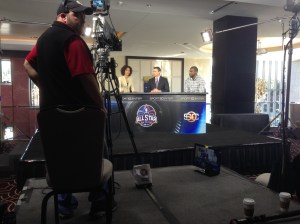 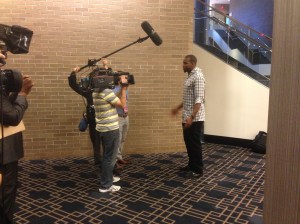 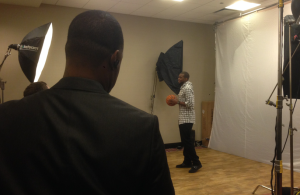 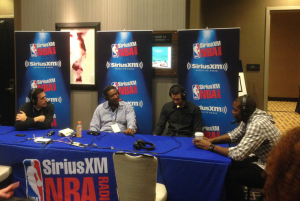 This Guy Who Kept Making Him Repeat Things in Chinese 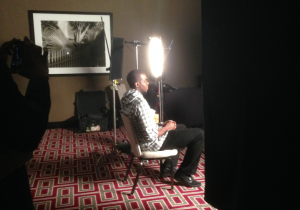 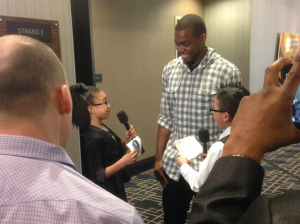 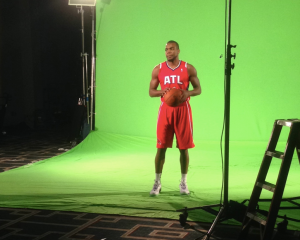 All of these things happened before Millsap even made it to the official media area. The reality of everything that goes into being an All-Star truly began to set in. It was Paul Millsap as a sponsored tweet with a horrible hashtag. And the prospect of what was to come appeared to be an exhausting reality.

But he kept pushing. His answers had an air of media training and true humility. You want him to let his guard down and “have fun,” but you also respect and admire his right to be himself, even on the biggest stage. This typically resulted in very cut-and-dried dialogues. You don’t leave having learned much about him as a person, but you wind up really liking him as a guy.

As we entered the media area, where hundreds of reporters were stationed, waiting to pelt questions at the All-Stars, I overheard someone say “What is Millsap wearing?” Even with rude undertones, it was a good question. All-Star Weekend is as much about fashion as it is about basketball. Because of the winter storm in Atlanta leading up to the weekend, Millsap had to travel directly from a game in Toronto to New Orleans. Because of that, he only had access to the clothes he brought on his short road trip. 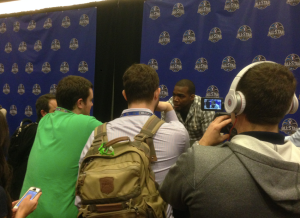 Which — technically — explains why he was wearing that exact outfit.

But it also raises the question: What would Paul Millsap wear to his big media day if he did have access to his full closet? We’ll never know. Paul Millsap was dressed like Paul Millsap, and it felt extremely appropriate. 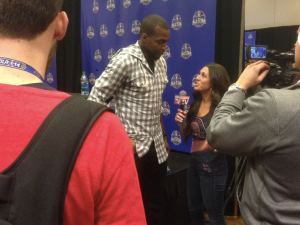 After about four hours of following him around, I parted ways with my hometown All-Star. He had about two more days of this grind, and then he could finally play in the All-Star Game. In that All-Star Game, one with a combined 318 points, he played about 15 minutes, scored six points, and grabbed three rebounds.

That looks subpar compared to Kyrie Irving’s 31 points, Carmelo Anthony’s 30, and Blake Griffin and Kevin Durant’s 38 points, but it’s perfectly OK. It’s fine for some people to just be present in situations like these, especially when they seem content with just being present. Millsap’s Sunday-night performance echoed the feedback that he received throughout his Friday media day. His exchanges with other players were short, but genuine and plentiful. Coaches, personalities, and journalists alike were constantly acknowledging that they were thrilled he finally was getting the respect he deserved. It became clear within minutes of meeting Millsap that All-Star Weekend was not going to be the time or the place where his star would be made. Maybe there is no such time or no such place. Either way, this definitely wasn’t his scene. But his presence was respected. Maybe he wasn’t the brightest All-Star. Maybe he didn’t win the weekend. But he had found his lane: unassuming, highly functional. And very much present.