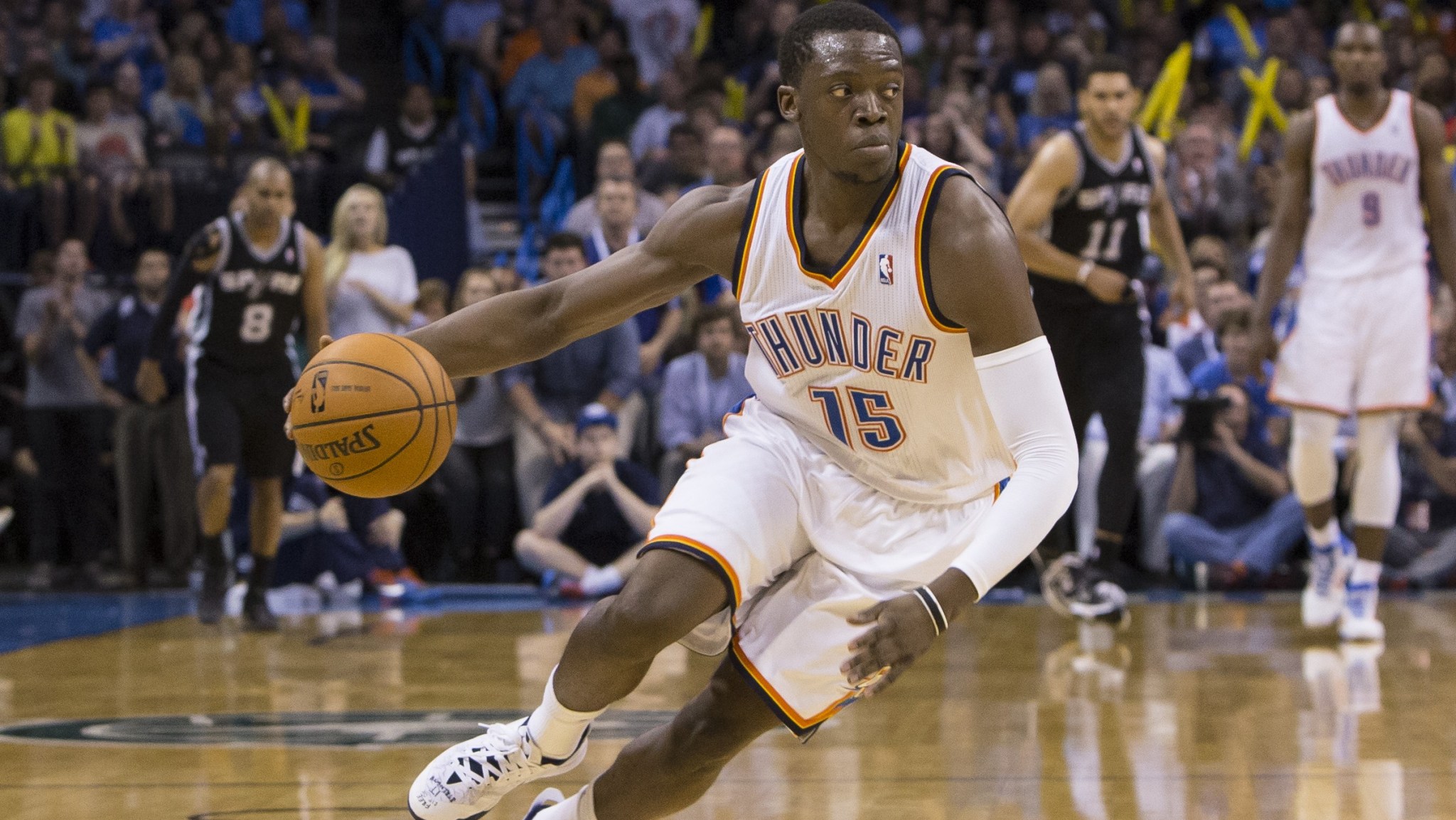 In all good things must come to an end:

The Spurs’ 19-game winning streak is over, after a Manu Ginobili–less San Antonio team capitulated to Kevin “Muffins” Durant and the Oklahoma City Thunder 106-94. When asked by a mustachioed reporter whether he felt his team’s win was cheapened by Ginobili’s absence, Thunder head coach Scott Brooks shot back, “That’s a piece-of-crap fake mustache, Gregg; get the hell out of my press conference.” The reporter then grumbled, “I think it was cheapened myself,” before taking off his mustache, anticlimactically revealing himself to be Gregg Popovich, and walking to the podium to ignore questions.

In all mediocre things must too come to an end:

Richard Pitino’s Minnesota Golden Gophers topped Larry Brown’s SMU Mustangs, 65-63, to bring home the NIT title. The game harked back to Eastern Conference battles between Brown’s 76ers and Pitino’s father’s Celtics in the late ’90s, in so far as the Eastern Conference was basically the NIT of the NBA in the post-Jordan era, and Larry Bird still isn’t walking through any doors.

In Western Conference basketball is so good right now:

Dallas edged the Los Angeles Clippers, 113-107, to move a half-game ahead of Memphis and Phoenix in the race for the final two playoff spots. Meanwhile, in the East, the Knicks are percentage points ahead of Atlanta for the final playoff spot, despite being 11.5 games behind Memphis and Phoenix in the standings. As homages to the past go, it’s a lovely one. As an embodiment of the spirit of competition? Less so.

Derek Jeter and the Yankees avoided a sweep in Houston with a 4-2 win, and Matt Adams had an eventful afternoon, including three hits and an altercation with a fan, who flipped off the first baseman, as the Cardinals squeaked by the Reds 7-6. On the one hand, it’s the responsibility of a player to avoid getting in a conflict with a fan. On the other hand, getting flipped off in Cincinnati, unlike the rest of the country, is a sign of mutual admiration between men. Usually a flip-off leads to a second flip-off, which leads to two men splitting a bowl of five-way spaghetti covered in Skyline Chili, which leads to those two men inevitably slurping the same noodle and sharing a true moment of friendship before one man returns to his upper-class lifestyle and the other sulks back to his tramp life.

The Maple Leafs stayed in the periphery of the playoff picture with a 4-3 win over the Bruins, while the Blackhawks got off the schneid with a 3-2 shootout win over the Wild. Unfortunately for Chicago, whilst on the schneid they lost Jonathan Toews for the rest of the regular season, proving again that one should never approach the schneid. The schneid is unforgiving. And even once you’ve escaped the clutches of the schneid, its effects will haunt the schneided for long after the schneid hath been dismounted.