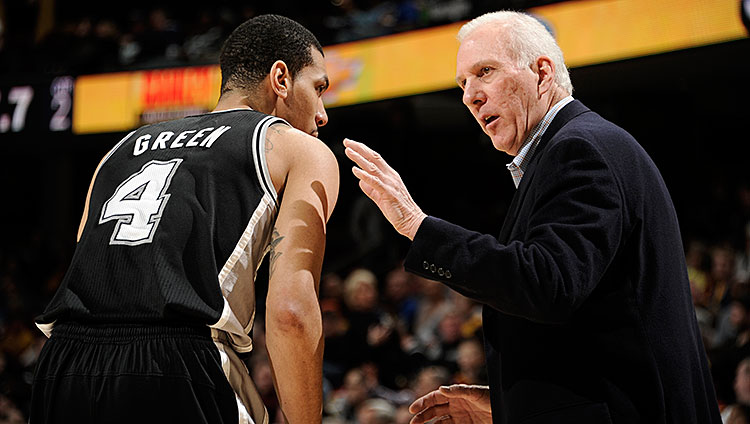 On offense they have been putting the ball in the basket a lot. During the streak they have outshot opponents almost everywhere, but especially in the key spots near the basket and beyond the arc. 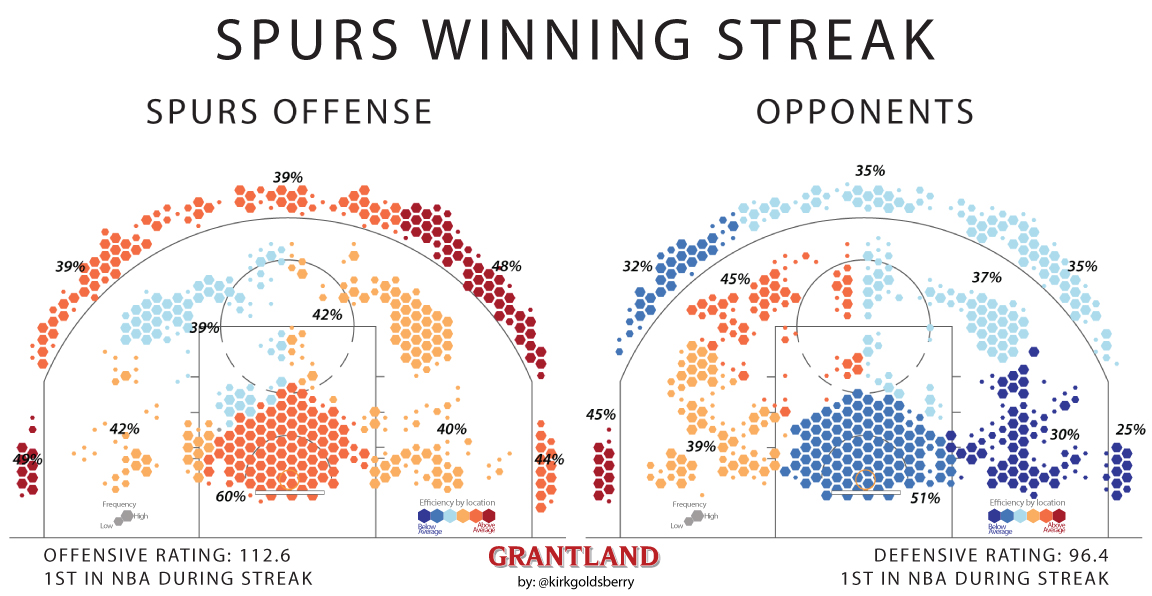 The Spurs are hard to beat in part because they have so many ways to beat you. They have Tim Duncan scoring near the basket, Tony Parker hitting pull-ups in the midrange, and a gaggle of great shooters from beyond the arc. One big development recently has been the return of Danny Green’s freakish 3-point shooting. During the winning streak, he’s been especially great on the right wing and in the right corner, where he’s a combined 20-of-32. 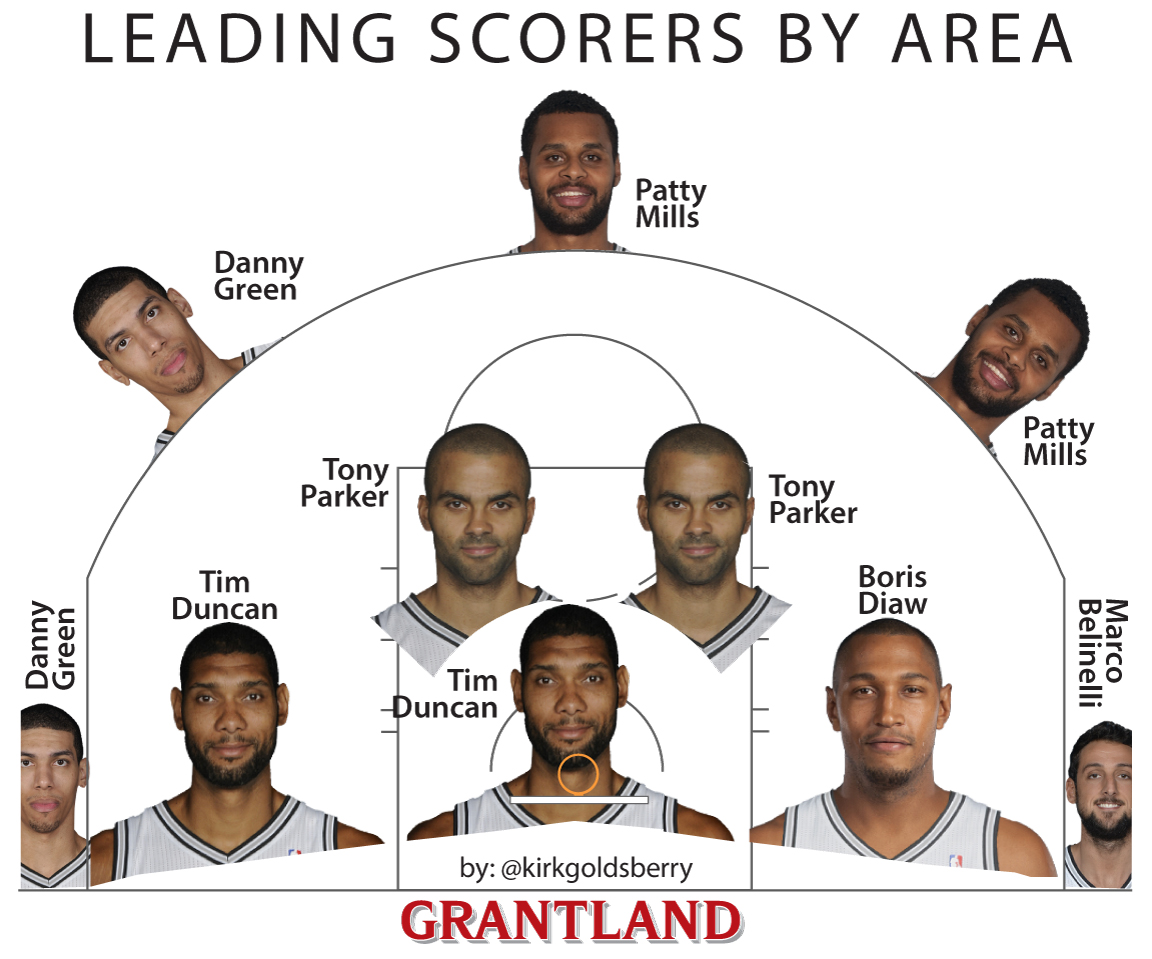 There’s a good chance the Spurs’ 19-game win streak will end tonight as they travel to Oklahoma City to play their fifth game in seven days. They go up against a Thunder team that hasn’t played since Sunday. Regardless of the outcome tonight, this streak has reestablished the Spurs as the team to beat in the West.