About Last Night: Speak the Truth 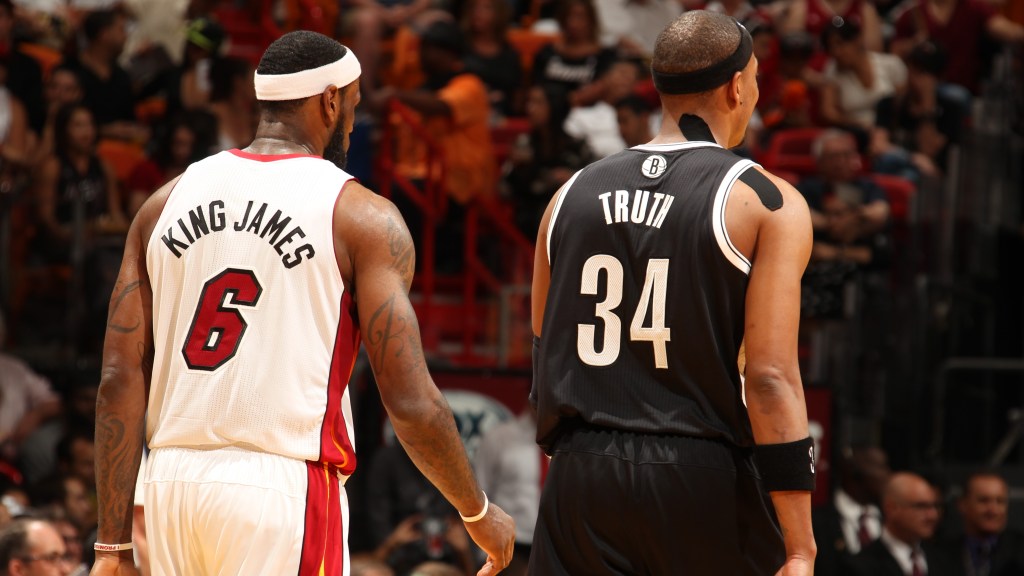 In case you were busy debating the difference between rebuilding and tanking, here are the top five stories you missed in sports on Wednesday:

Led by Paul Pierce and Mirza Teletovic, the resurgent Brooklyn Nets improved to 3-0 this season against the Miami Heat with a 96-95 win over the defending NBA champions. With the Heat having lost four of five, and the days getting longer, my favorite season is almost upon us: “What’s wrong with the Heat?” column season. Almost as surely as the leaves of New England turn in October, and as surely December brings us “Why can’t the Cowboys win in December?” columns, the inevitable late winter slump of the Heat is a time for us all to savor. I personally cannot wait to read about how the pressure of matching Jordan’s three-peat legacy is preventing the Heat from maximizing their talents, along with speculative destinations for LeBron to head after the Heat doesn’t win their third consecutive ring. Alas, this season will be as short-lived as it is every year, but while it is here I suggest that you savor it, for like the late-July “Is Rivera finally done?” columns of yore, this season, too, will one day be no more.

In the West, San Antonio downed the Portland Trail Blazers while the red-hot Clippers won in yet another testy affair, this time beating the Golden State Warriors, 111-98, at Staples Center. Again Blake Griffin was at the center of everything, scoring 30 points and getting into a postgame altercation with Warriors veteran Jermaine O’Neal. “It’s his damn neck,” a visibly shaken O’Neal said after the game. “It has a power over me. I look at it and get furious. I have no idea why.” Griffin, when asked about the altercation, said something, but no one recorded his comments, because everyone in the press was trying to avoid looking at Griffin’s infuriating neck as he talked.

The Broncos added former Cowboys defensive end DeMarcus Ware, and sources are reporting that former Buccaneers and Jets cornerback Darrelle Revis has agreed to terms on a one-year, $12 million deal with the New England Patriots. The contract was reportedly to have been much more lucrative, until someone reminded Patriots head coach and general manager Bill Belichick that Revis Island is just Revis’s nickname, not an actual island where he could set up a villainous underground lair. Belichick remains in the market for help on the defensive line and an island suitable for a villainous underground lair.

In news from Calgary:

Mikael Backlund had two goals and an assist as the Calgary Flames scorched the Anaheim Ducks, 7-2, turning the Ducks into a delicious, crispy-skinned entrée not unlike a traditional Peking duck. However, things took an ugly turn when Backlund began devouring Anaheim legend Teemu Selanne. “This was to be metaphoric,” Selanne cried as Backlund drove a fork into his calf. “We are not literal burned duck that should be eaten by man!” But Backlund, famished after exerting the energy necessary to dominate an NHL game, did not come to his senses until it was far too late. Selanne is now day-to-day with a lower body injury.

Manchester City again went down to 10 men against Barcelona after Pablo Zabaleta was sent off for arguing a call, and they were eliminated from the competition by Lionel Messi & Co. by a 4-1 aggregate scoreline in a match marred by controversial refereeing decisions. Wait, hold on guys, I’m getting a phone call … oh man! It appears that I’m being given a yellow card for complaining about the calls in this match. That’s total crap! They were terrible calls. See, I have a list of them tattooed on my chest. Let me just take off my shirt for a second … wait, hold on, another phone call. WHAT! A SECOND YELLOW? THIS IS ABSURD. I GUESS TODAY’S ALN IS OVER. THANKS A LOT, EUROPEAN SOCCER OFFICIALS.

‘The Finish Line,’ Episode 3: Steve Nash Reacts to the Backlash