About Last Night: Spartans Get Back on Track 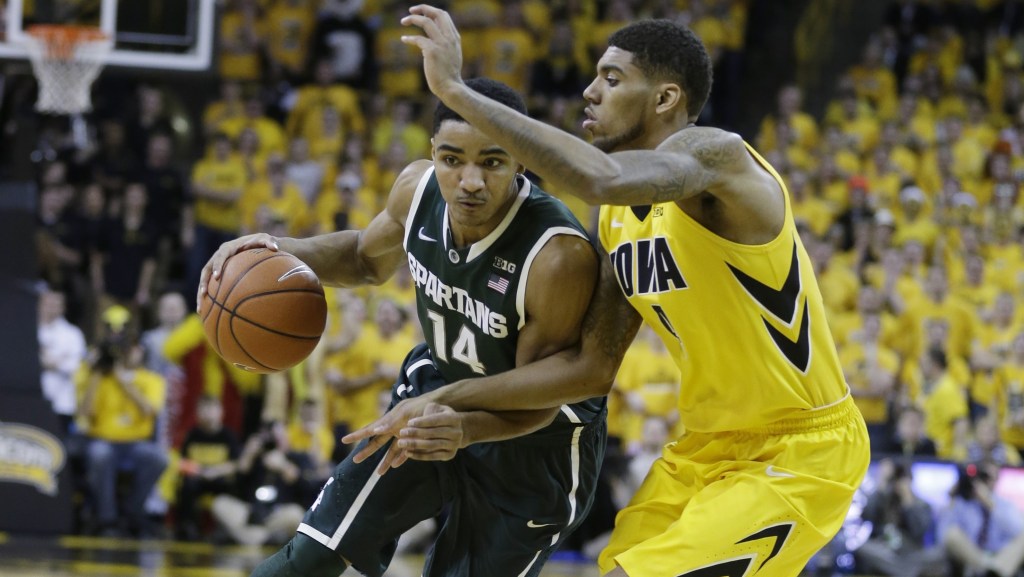 In case you were too busy just being about that action, boss, here’s what you missed in sports on Tuesday:

In advance of the big game, all week long we’ll be handing over About Last Night to the stars of Super Bowl XLVIII. Today: Seattle Seahawks running back Marshawn Lynch.

• Michigan State beat Iowa in overtime. Never been to Iowa.

• Aw, what the hell is this? Beast Mode didn’t snub anyone. No, no, no — y’all just asked dumb questions. Not my thing. Whatever.

• Melo and the Knicks won big over Boston. That reminds me, I got a friend out in Queens who’s a big Knicks fan. Probably should look him up while I’m in town for the game. I think he has a kid now.

• Why do they have hockey in Florida?

• 4-0 in England for Liverpool. Never been to England, but Liverpool’s a funny name. Imagine that. A liver pool.

• I don’t even know what any of these words mean, but Jimmie Johnson was a great coach.

• Aw, hell, yes. Northwestern’s football team is looking to be represented by a labor union. Now this is something worth talking about. Did you guys know I majored in social welfare at Berkeley? I mean, we’re talking about something totally unprecedented with this move. Workers’ rights are critical for the future of the game. You got injury concerns, major problems with amateurism, kids’ parents refusing to let them play. These are existential threats. How can we convince the best young kids to take up the game of football if we can’t promise that players will have a seat at the negotiating table from the time people start profiting off their play? I know it’s tough for me, and I work with kids every summer. And what about major injuries? Take Beast, for example. What if Beast Mode had blown a knee back when he was beasting at Cal? What sort of rights would he have had? Would he be Beast-Moding through the disability system, which is a bureaucratic nightmare? Or would he be on his own, lone-wolfing it as a lost cause? With hindsight, Beast has no regrets. Still, though, there are a lot of fascinating questions about our game’s sustainability.

• I bet y’all want to ask me about these new Skittles, though. They’re good.