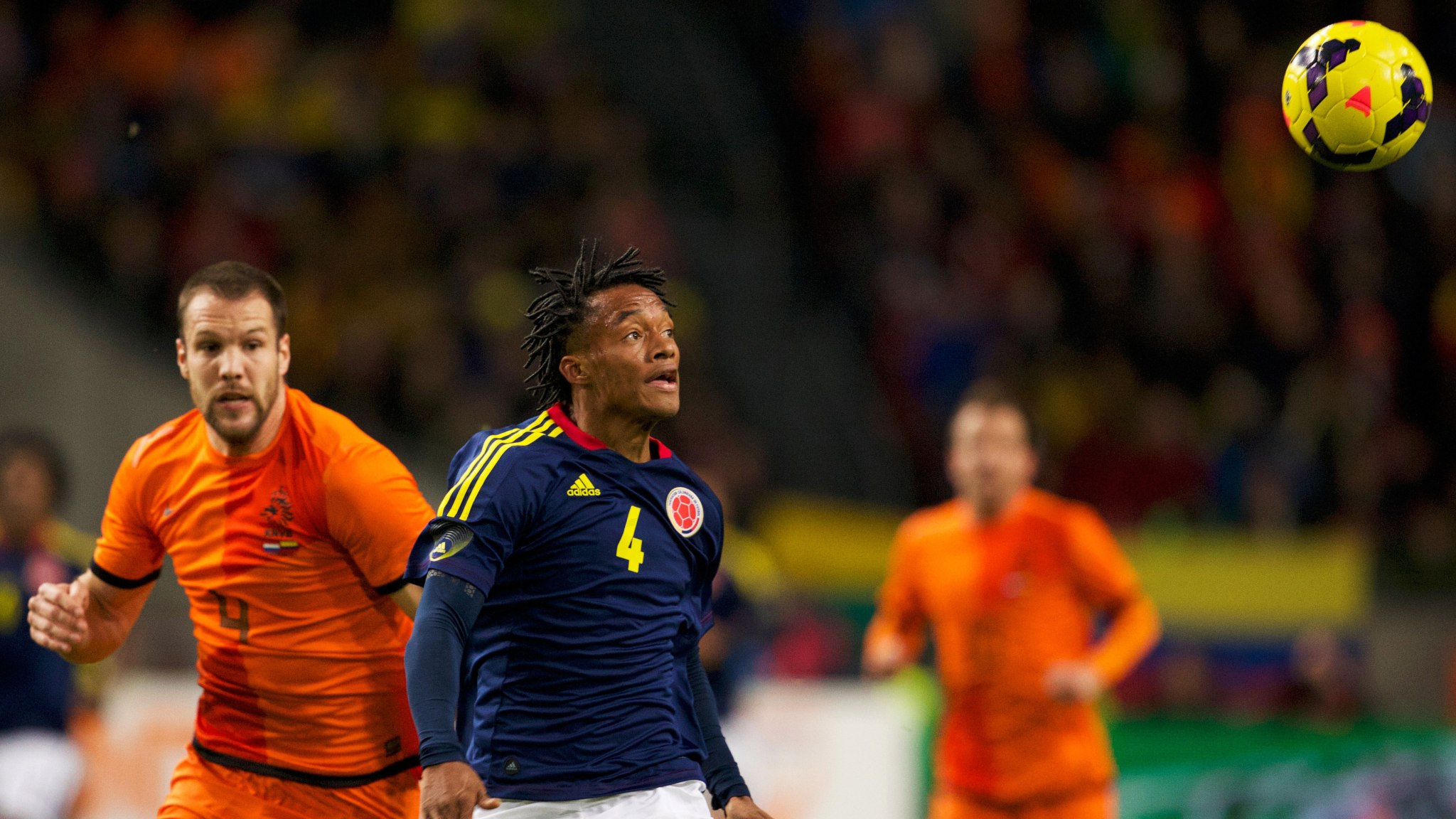 Earlier this season, in a game against Napoli, Juan Cuadrado was ejected after receiving two yellow cards. Both of them were for diving. He plays on the wing for the fourth-best team in Serie A — and completes about one successful cross every two games. He’s a top-10 player in Italy — in the categories of both “losing the ball” and “giving it to the other team.” He has taken 44 shots and scored two goals. His nickname is “Vespa.”

And yet, Juan Cuadrado has been linked with [insert any team from the Forbes Top 20].

The 25-year-old Colombian may appear to have been cultivated in a lab by some crazy scientist who just really disagreed with Sir Alex Ferguson’s morals, sure, but is that such a bad thing? And while “efficiency” and “being good at everything” seem like the two most prevalent characteristics among the world’s best players, Cuadrado does one thing impeccably: He will dribble your goddamn face off.

When I watch Cuadrado’s highlight clips on YouTube, I’m left pumping my fists, taking my shirt off, and getting ready to sprint to the nearest Mediterranean-themed club. That always wears off, thankfully, but the generic Euro-house music of every soccer video on YouTube somehow makes sense with Cuadrado. Those compilations of perfect Mesut Ozil passes seem better fit to Philip Glass compositions, and pairing anything less than the voice of God reading “The Love Song of J. Alfred Prufrock” with Steven Gerrard’s best goals is an insult. But the highs and still-pretty-high lows of crappy trance music weirdly enhance Cuadrado’s game — otherwise, it’s just him running past people.

Step overs and elásticos are more signifiers of danger than consistently effective moves. It’s a quick cut, a change of speed, and the ability to run as fast as an actual motorized scooter, all while keeping the ball an inch off your foot, that breaks people down. Cuadrado can dance — more on that in a bit — but it’s the almost effortless stop-and-start and the extra gears (not on the top end, but he’s got in-between speeds that seem to fit whatever problem presents itself) that let him get past his man so easily.

Last year, he led Serie A in completed take-ons, with 118. This season, he’s averaging almost one more per game, currently topping Italy with 4.2. That’s good enough for eighth-best in all of Europe, better than Cristiano Ronaldo, Neymar, and Luis Suarez. He gets fouled more than three times per game — no doubt a byproduct of the thing he does well. His other numbers — 20th in the league with just over 1.5 key passes per game, two goals from the 15th-highest shots-per-game average, three assists in 15 starts — are a mix of tantalizing, frustrating, and him maybe just being who he is. Even if those dribbling numbers never convert into more goals and chances created — right now, he’s on pace to about match last season’s five-goal, six-assist output — he’s the late-game sub of nightmares.

When Cuadrado scores, he celebrates with the world’s most violently aggressive Dougie. “The fans like the dance I do after scoring,” he said at the beginning of the season, “and I’m training a lot on the pitch to be able to dance more.” For Colombia, he’s been occasionally used as a fullback, and he was in and out of the lineup toward the end of qualifying, so there’s a chance he’s not fully featured in Brazil. That, speaking for law-enforcement officials across the world, would be a crime. The guy just wants to dance.

About Last Night: Spartans Get Back on Track