Forget Suárez: All Hail the Outside of Ricardo Quaresma’s Right Foot 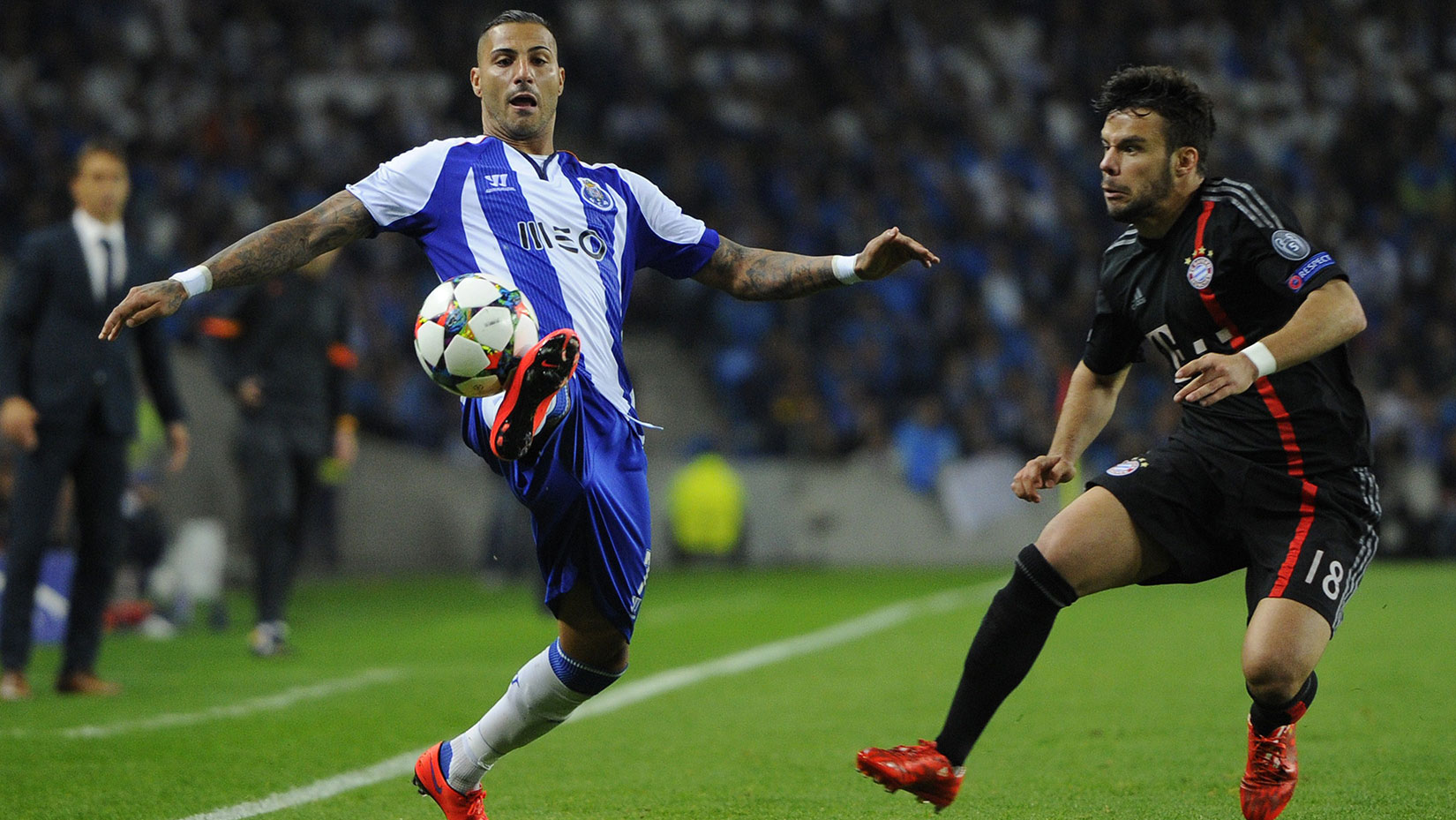 … en route to a 3-1 win for Barcelona in Paris last night. This team, which also includes Lionel Messi and is therefore likely in violation of a number of anti-monopoly regulations created during the formation of the European Union, looks something like a smoldering freight train, burning a straight line through the Champions League, destined for a trophy ceremony in Berlin.

But while Alley was out here trying to board Snowpiercer, Ricardo Quaresma was reintroducing the world to the outside of his right foot. The shortest distance between two points is a straight line, but the edge of the universe is curved, buddy:

For all the surprise surrounding Porto’s 3-1 victory over Bayern Munich, Quaresma’s finish was anything but a shock. Don’t believe me?

At 31, there’s a pretty good chance yesterday’s game was the last time the Portuguese winger does something notable on a big stage. He’s played for seven teams — Sporting Lisbon, Barcelona, Porto, Inter Milan, Chelsea, Besiktas, Al Ahli, and back to Porto — in 14 years. Once touted ahead of Cristiano Ronaldo as Portugal’s future megaman winger, Quaresma ended up as a guy who was getting paychecks from Dubai before he turned 30.

Some might look at that initial promise, that list of brief stints with prestigious clubs coupled with a lack of production, and see Quaresma’s career as a failure to make good on a wealth of talent. He’s never been chosen for a Portuguese World Cup squad. He won Italy’s Bidone d’oro (“Golden Bin”), which is given to the worst player in Serie A. And Jose Mourinho summed up his brief stint coaching R.Q. with this one devastating line: “I am disappointed with him.”

Others, however, might look at this goal and forever pardon any mistakes from a man who gave us a brief glimpse into the eyes of our creator:

Now, is Quaresma a good soccer player? “Good” in the sense that “you can have this guy in your starting 11 and win a ton of games”? I’m not so sure — and his career would certainly suggest the answer is “hell no.” Despite yesterday’s game — two goals, three tackles, three interceptions — efficiency is the last word that comes to mind when I think of Quaresma. And despite that UEFA video a few paragraphs up,  if you were coaching a child, there’s basically nothing to be gleaned from letting her/him watch tape of this dude. In a fundamental sense, everything he does is wrong — the suffocating angles he’ll take infield, the lack of a left foot, all the flicks and heel passes — but that unorthodoxy doubles as his brilliance: He’s so good at being wrong that sometimes it all ends up right.

There’s no one like him — or at least, there’s no one else who’s been able to hang around for as long as he has. In a sport where the best attacking players are ones who either subtly move in and out of space or power toward goal in intimidating straight lines à la Bale and Ronaldo, Quaresma is neither. He’s all massive cuts and exaggerated weight shifts — a sledgehammer swinging in all the wrong directions, fighting for enough room to unleash that atomic outside of the foot. Although Quaresma has never latched on with a great team and consistently performed, his crooked momentum has provided more mind-blowing moments than just about anyone else who was unable to hang around the summit.

Now, even with the two-goal win, Porto are still roughly a toss-up to advance past Bayern Munich. And even if they pull off the upset next week, they’re likely to get dumped out by another European behemoth like Barcelona in the next round. But you know what? An hour after the tweet about her favorite Spanish club, Alley sent out another one:

Sometimes I get so revved up on life I feel like I'm going to implode…the good & bad of exhilaration ..exhausting 😬😬😬

Let’s all just assume that she’d just watched highlights of Quaresma scoring a goal. Because even if she hadn’t, I’m not sure I can describe the experience any better.