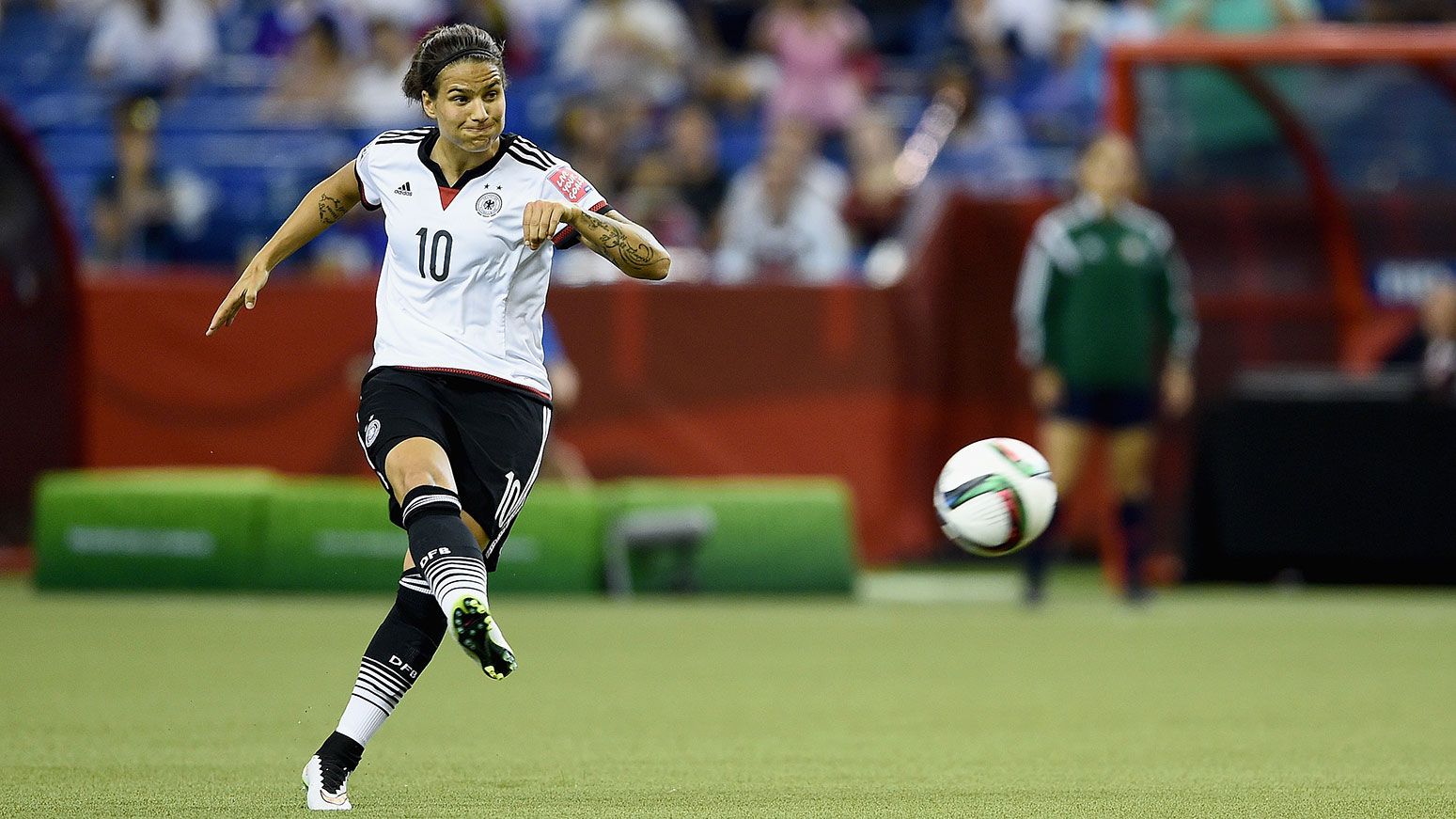 Listening to beIN’s Ray Hudson lose his mind over Jorge Valdivia’s performance against Peru yesterday, it made me wonder what might happen if he ever got the chance to announce a game involving Dzsenifer Marozsan.1

Ahead of tonight’s Women’s World Cup semifinal against the United States, Marozsan, a 23-year-old midfielder who plays for FFC Frankfurt, remains a question mark after hyperextending her ankle late in Friday’s quarterfinal against France. She came into the tournament with a host of different ailments, which limited her to two starts and two appearances off the bench but couldn’t keep her from doing stuff like this:

Unlike Marozsan, Valdivia’s yet to score in the Copa America, but he’s got three assists and, with Chile now in the final, a real claim to being the best player at a tournament that also includes Neymar, Alexis Sánchez, Arturo Vidal, James Rodríguez, Edinson Cavani, and the answer to all of your questions, Lionel Messi.2 Yet, we’re talking about a dude who looks like an over-served pirate and has been employed by multiple teams in the UAE before his 32nd birthday.

For La Roja, it’s all about a never-ending barrage of straight lines toward the opposition’s goal. Every movement — every tackle; hell, every goal kick — serves the purpose of putting the ball into the back of the net as soon as possible. And as we’ve seen throughout the tournament, all of that one-way acceleration tends to blow up the shape of the game — no matter the opponent — creating the kind of passing patterns and open spaces you don’t normally see in a professional soccer game.

Still, watching Chile when it’s not quite on, when the opponent’s resisting or parrying it to the side, eventually becomes frustrating — like a GIF of a dog running into a glass door. It’s a team full of sprinters and vertical passers, but it’s most dangerous when there’s someone to subtly direct all the energy as it gets closer to goal. That’s where Valdivia, who doesn’t run much or provide a ton of defensive resistance, comes in. At his worst, it’s like he’s playing a different game; at his best, though, he makes the game his. For all the straight-ahead running around him, Valdivia serves as the Chileans’ final-third reference point. He’ll find space, and with a quick sidestep or slip pass, he’ll shift the defense to create just enough room for a teammate to run on to the ball and put it where it needs to be.

And that brings us back to Marozsan. For as different as the two styles might look, the Chile men and Germany women both function under the same driving principle: Exploit transitions from defense to attack as efficiently as possible. For Chile, it involves long runs and straight passes, while for Germany, it’s shorter passing and quicker movement. And as Valdivia does for Chile, Marozsan often provides Germany with the unexpected variety that takes the transitions from fluent to fatal.3

Maroszan, who’s more of an all-around contributor, tends to operate deeper than Valdivia, and rather than receiving passes in awkward spaces, she’ll dribble through the defense to get there herself. It’s great if you can move the ball upfield with a succession of one- and two-touch passes, but the defense can still retreat into its shape as the ball moves forward. How do you fix that? Find a midfielder who can blow it up all by herself and then plant one in the upper corner from 20 yards out.

In other words, even ultra-efficiency doesn’t quite work without some creativity. While every Chile game is essentially a religious experience at this point, and while there’s a kind of chrome beauty to Germany’s smooth, machinelike movement upfield, the presence of a fully functioning Valdivia or Marozsan pushes their games from something to appreciate into something worth enjoying.

Valdivia’s surely been called “a luxury player” in the past — a derogatory Britishism for someone who looks good but doesn’t make his team better — but now he’s the guiding force behind Chile’s run to the Copa America final. As for Marozsan, her possible absence or probable injury-induced lack of effectiveness is a boon to the U.S.’s chances of making it to the World Cup final. A creator who gets into the half-space in front of the defense, she’s the exact kind of player the Americans have lacked,4 and that’s a big reason why the team’s play, though effective so far, has been so blunt and unengaging. Without Marozsan on the field and without the U.S. having to react to her with the ball at her feet, that’s one less player worth screaming about.

Open Twitter and Fire Up the Satellites: It's Time to Play NBA Spy Games