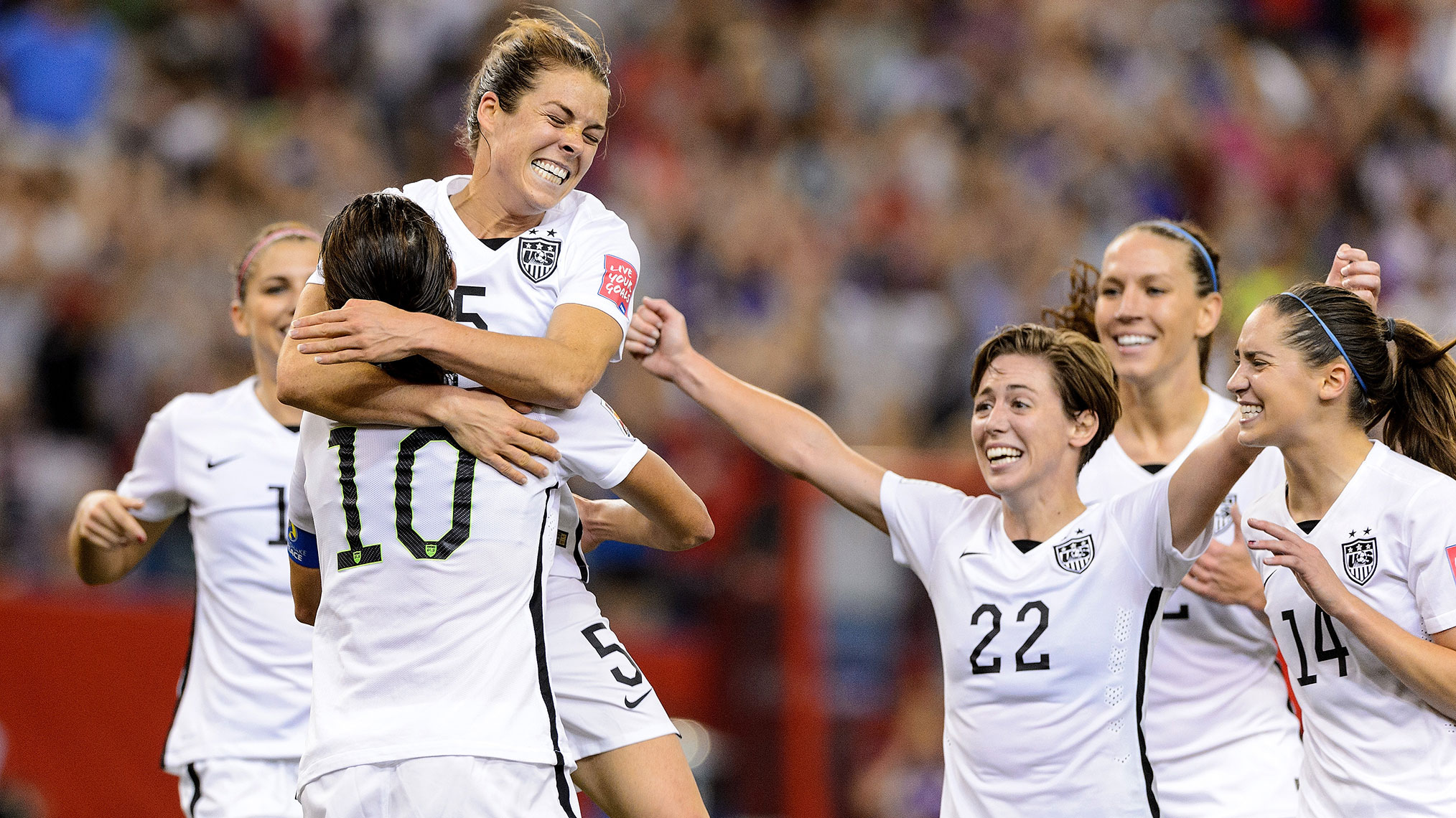 For the United States Women’s National Team, now one win from its third World Cup title after yesterday’s 2-0 victory over Germany, the quest for success has been weirdly illusory. Despite winning three straight Olympic gold medals (and coming within a last-second defeat to Norway in 2000 of winning all five golds awarded by the IOC), the last 16 years have, well, been a failure, because the Stars and Stripes haven’t brought home the World Cup. Worse than that, though, countries like Germany, Japan,1 France, and a handful of others have caught up to the once-dominant Americans, who’ve seemed alternatively unable and unwilling to make the changes necessary to stem the tide of their competition.

Even after prevailing for gold in London in 2012 after defeating the same Japanese team that beat them in the final of the 2011 World Cup, coming into Canada this summer, there was a sense that the Americans weren’t good enough to win the World Cup. They relied too much on the past, specifically the brilliant head of Abby Wambach, and they didn’t have the young players to replace even a fraction of her production. The backline, anchored by the ageless Christie Rampone, was, well, aging. The Americans were one of the best teams in the world and certainly the most accomplished, but they still weren’t good enough.

Rock bottom came at the 2014 Algarve Cup, a yearly tournament in middle-of-nowhere Portugal that’s watched by almost no one.2 The U.S., who won the Algarve eight times between 2003 and 2013 and never finished lower than third, wrapped up their time on the Iberian Peninsula by beating North Korea … in the seventh-place game. That’s not quite Serena Williams going out in the first round of the French Open, but it’s close.

A month later, head coach Tom Sermanni, who had a wonderful Scottish brogue and a less wonderful sense of the U.S. player pool, was surprisingly and unceremoniously cut in favor of then-USSF development director Jill Ellis. She had two tasks: win the 2015 World Cup and set the Americans up for the future. You know, no big deal.

After Ellis’s team beat Germany on Tuesday night, she has them one game from the first goal. Perhaps more impressively and importantly, the U.S. seems ready for the next decade, too.

Of course, Ellis can’t take all the credit. The National Women’s Soccer League, in which every woman on the U.S. team plays, gives her squad consistent playing time. The coverage and scrutiny the women’s team receives continues to improve — mostly, anyway — and that adds pressure to perform and be accountable. Development initiatives launched a few years ago are starting to pay off with talent, too.

Still, let’s give Ellis her due. She faced a series of impossible decisions, and while she’s made what have seemed like curious choices — like starting Alex Morgan alone up top against Germany — they have mostly worked. (Sound familiar?) Despite constant criticism over the first five games, her team, which talked a big game about rising to the occasion when it needed to, played the best it has all tournament, probably the best it has in years, and soared against the best squad in the world.3

xG map for #USA–#GER. There were… decisions made by the referee. But from open play #USA clearly the superior side. pic.twitter.com/SVUMhJ0J5O

Twenty-two-year-old Morgan Brian was excellent in midfield. Twenty-three-year-old Julie Johnston made one mistake that could have ruined the evening but otherwise continued her fine run of form. Twenty-seven-year-old Tobin Heath, long the next playmaker-in-waiting, showed poise she’s lacked in the past and threaded a beautiful ball that Alex Morgan (25) should have finished. Sydney Leroux (25) and Christen Press (26) provided attacking weapons on the bench. Twenty-six-year-old Kelley O’Hara came on late and scored the insurance goal. Meanwhile, elder stateswoman Abby Wambach watched (coached?) from the bench and then tipped the match further in the Americans’ favor when she entered with 10 minutes remaining.

Success at this level can be hard to achieve and even harder to define. The Americans won the greatest Women’s World Cup game in history, and it doesn’t mean much at all. On Sunday, they have one more battle, against either Japan (again) or England at BC Place Stadium in Vancouver. Whoever the opponent, they’ll be a big favorite. A victory there would achieve one fleeting measure of success. But regardless of what happens, they’ve shown that for the first time in a decade, they have some ideas about how to keep moving forward.

Elbow Apprehension: Why It's Hard to Get Too Excited About the Return of Jose Fernandez