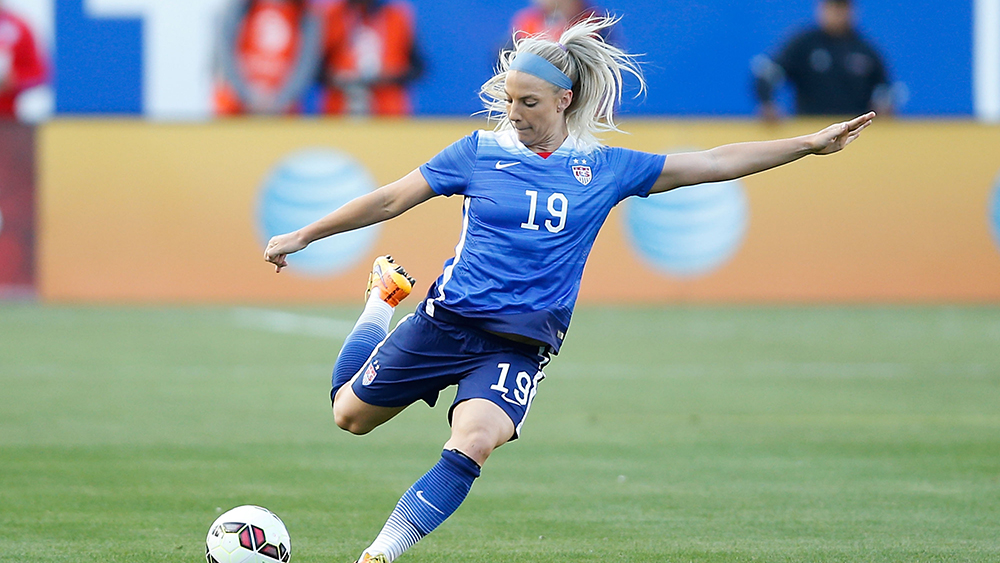 The United States women’s national team is going to score goals at this World Cup in Canada. With Abby Wambach and Christen Press and Megan Rapinoe and Sydney Leroux and Alex Morgan, head coach Jill Ellis has enough attacking talent to fill two squads. Finding minutes for all of those players might be harder to come by than goals. The USWNT didn’t play their best game during Monday night’s win over Australia, and they still managed to put three in the opposition net. It could have been five if Wambach hadn’t flubbed two headers that she normally buries while napping.

But if the Americans are going to win this whole thing, they are going to have to play defense. And much of this team’s defensive responsibilities fall to Julie Johnston, the 23-year-old center back, second-youngest player, and most inexperienced non-goalkeeper on the roster. Johnston, the captain of the U-20 side that won the 2012 World Cup, hasn’t lost in a red, white, and blue uniform since Ellis installed her as the senior team starter in February, replacing 39-year-old Christie Rampone. But still, we’re talking about someone who, until relatively recently, was probably thinking about tomorrow — the 2019 World Cup — not today.

Monday night was one of those sink-or-swim moments, and for a while it looked like Johnston, along with the rest of the U.S. defense, might slip under the Red River. Johnston and Becky Sauerbrunn struggled to contain streaking Australian attackers, while full-back Ali Krieger conceded too easily on the right flank. The good thing about playing for the U.S., however, is that Hope Solo patrols the net, ready to make the type of saves that impress Landon Donovan (as they should). The Matildas’ goal came from another defensive breakdown — more of a team collapse than specifically the fault of the center backs — although neither Johnston nor Sauerbrunn acquitted herself particularly well on the sequence.

Johnston, in the biggest game of her life, improved throughout the rest of the game, running into the match and (for the most part) picking her spots better in the second half. She nearly had a goal on a flick-on header off a Lauren Holiday free kick in the 49th minute, only to gift Australia a chance a minute later when she stepped up but failed to win the ball, letting Samantha Kerr streak in alone. Mostly, though, it was a performance that got better as the minutes ticked away.

That’s a good thing, because it only gets harder from here. Both Sweden, whom the U.S. plays next, and Nigeria, its third group-stage opponent, are quick on the wings and down the middle — a trait both sides displayed in a 3-3 track meet completed a couple of hours before the Americans took the field. If Johnston can’t cover for Krieger and communicate better with Sauerbrunn, not even Solo will be able to save the Americans. But if Johnston can keep the back line together, it will play a major part in one of the oldest teams in the tournament lifting the World Cup trophy for the first time since she was 7.

And don’t be surprised if she scores some goals along the way.