I Believe That We Will Worry: Four Ways It Could All Go Wrong for the USWNT Against Japan 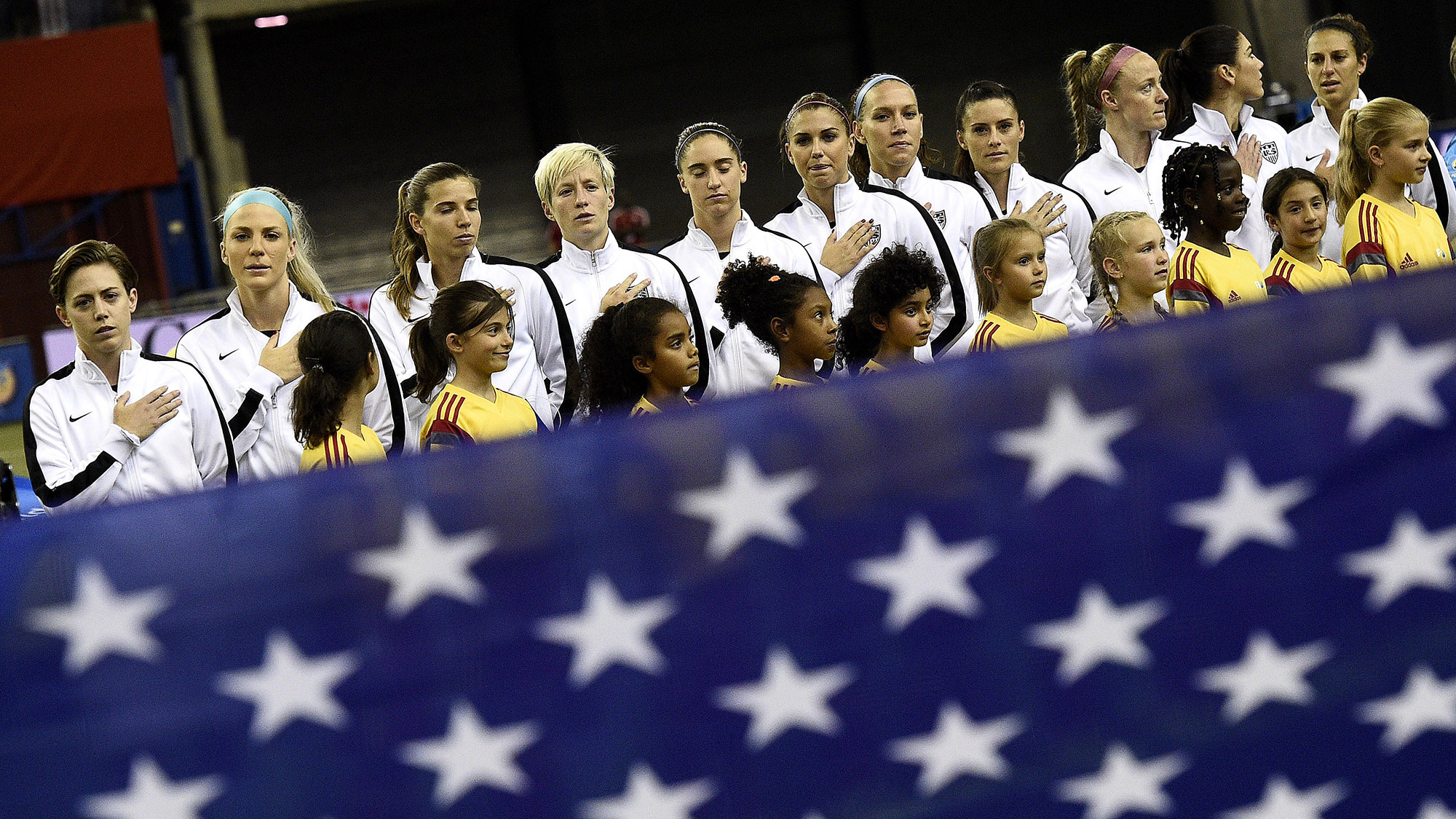 It’s sorted out the kinks. It’s set for the future. And it’s won the greatest game of all time. Yet, the United States women’s national team still, uh, hasn’t won the World Cup. The USWNT heads into Sunday’s final against Japan — a rematch of the 2011 final and the 2012 Olympic gold-medal match — as heavy favorites, and a loss (from our admittedly skewed red, white, and blue perspective) feels like it would just be the wrong ending to the story. This sport, though, rarely cares about narrative consistency. So, in true international soccer fashion, we’ve convened to count all the ways it could go terribly wrong for the Americans on Sunday. You don’t have to worry — we’ll do it for you.

If It Happened Once Before …

Noah Davis: When the United States beat Germany on Tuesday night, it won its Super Bowl. It played as well as it has in years. The no. 2 team in the world dominated the no. 1 for long stretches of the match, and it walked out of Montreal with a convincing 2-0 win. It was the type of performance U.S. fans thought — maybe “hoped” is the more appropriate term — the team had in it but weren’t quite sure. Great!

Except now, you know, there’s another game. Japan was bad — and extremely lucky — in the semifinal, but the squad is also capable of scoring goals like this:

Oh, and let’s not forget: The Japanese are the reigning World Cup champions, and they became such by defeating the heavily favored Americans in penalty kicks four years ago.

This version of Japan represents a different type of challenge than Germany. It’s a quicker, smaller, more technically focused side, which means that, yet again, U.S. coach Jill Ellis has lineup choices to make. The team has been playing better with Abby Wambach on the bench, but Japan also struggles to defend set pieces and balls in the air, so maybe Ellis rolls the dice, puts the motivator-in-chief back into the starting 11, and hopes the ball finds her head and then the back of the net. Or maybe not. Who knows! I am, thankfully, not the coach.

The U.S. can see the finish line, but it isn’t there quite yet. And recent history is littered with times when it has tripped over its own feet just inches from the end.

Mike L. Goodman: Think of the most patient person you know. Say, a mother calmly telling her child for the 11th time that no, you can’t have more dessert. Or a programmer sifting through code for hours upon hours just to find that one misplaced comma. Or maybe even a Cleveland sports fan brimming with hope that next season will finally be the season. Whatever you’re imagining, now clone that person three or four times, and that’s the Japanese midfield the U.S. will be facing in the final.

Part of the USWNT’s sudden surge in form over the last two games has to do with its newly defensively proactive midfield. Morgan Brian’s introduction has paid huge dividends, as has Jill Ellis’s surprise transformation into a tactical tinkerer, willing to shift to a midfield three (or five, depending on how you look at it) to combat Germany — keeping Brian in the lineup alongside Lauren Holiday and Carli Lloyd in the center of the midfield. But that midfield hasn’t faced anything like Japan yet. It handled a Chinese team that had no interest in having the ball, and then turned in an amazing performance against a Germany side that plays best at breakneck speeds.

On Sunday, Japan will test the U.S. differently. It will be content to keep, and keep, and keep (and keep and keep) the ball until the perfect moment to surge forward presents itself. Can the hyperactive, hyperaggressive trio of Brian, Holiday, and Lloyd (if all three in fact start) manage to shut down a Japanese midfield designed to exploit exactly those characteristics? The answer will go a long way to explaining what happens Sunday.

Tell Us What’s in the Crystal Ball, Abby

Allison McCann: Now that Abby Wambach can see the future, I wonder what she envisions for Sunday: Herself, once again the heading hero, draped in an American flag cape of glory jogging slowly around the stadium to thousands of fans chanting, “U-S-A! U-S-A!”? There’s no way her psychic visions could possibly be clouded by the pain of 2011: a defensive clusterfuck at the six that handed Japan its first goal, followed by a few brief moments in overtime in which she surely thought she’d be the savior, only to watch Homare Sawa’s equalizer sail past her on the near post. No, no, noooo, of course she sees only good things for the U.S. on Sunday. This is that special kind of clairvoyance with which you only see positive things, right, Abby?

Sure, Japan is in this final off the gift of England’s Laura Bassett’s shin and not the grit of defeating the best team in the world — Germany — but let’s not forget this is a team that’s run circles around the U.S. before. Japan has possessed the ball better than any team at this tournament, completing 80 percent of its passes (compared to the U.S.’s 74 percent), and Aya Miyama on the wide left has on more than one occasion made U.S. defenders look like they’re playing in quicksand. The Americans are heavily favored coming off that massive semifinal win, but this is a more even matchup than people might be letting on: Both teams have created the exact same number of World Cup chances (59) and scored the exact same number of goals (9). BUT WHAT DOES IT ALL MEAN, ABBY?

Messi Is the Argentine Iwabuchi

Ryan O’Hanlon: If you watched the last 20 minutes of yesterday’s semifinal, you saw the United States losing to Japan.

Unless you’ve somehow developed defeatist tendencies while rooting for one of the best soccer teams we’ve ever seen by, I don’t know, consuming only North Korean media coverage of the sport for the past 16 years — Kim Jong-il, the greatest women’s soccer player of all time, has heroically conquered the U.S. by playing one vs. 11 in the final of all six previous World Cups — do not worry about the U.S. pulling an England on Sunday. Its defense is too organized, and God’s cruelty must be evenly distributed across all of the world’s synthetic grass.

Instead, where you saw the U.S. losing was in a one-name vision: MANADONA.

A 22-year-old midfielder for Bayern Munich, Mana Iwabuchi came on against England, put her head down, and ran at its melting defense. With 10 substitute World Cup appearances to her name, this is what she does. All quick, choppy steps, Iwabuchi’s rhythm makes it hard for bigger defenders to read, and she’s willing to either slip around a defender’s outside shoulder or cut in from the left and have a shot.

Now, that’s not to say we’ll see Iwabuchi darting in from the sideline and picking out a top corner Sunday — give her a few more years — but she’s certainly good enough to momentarily shake free near the top of the box and get a shot off. And who knows? When you hit a ball into a crowd of bodies, something unexpected just might happen.