What’s Your Question? The Answer Is Messi 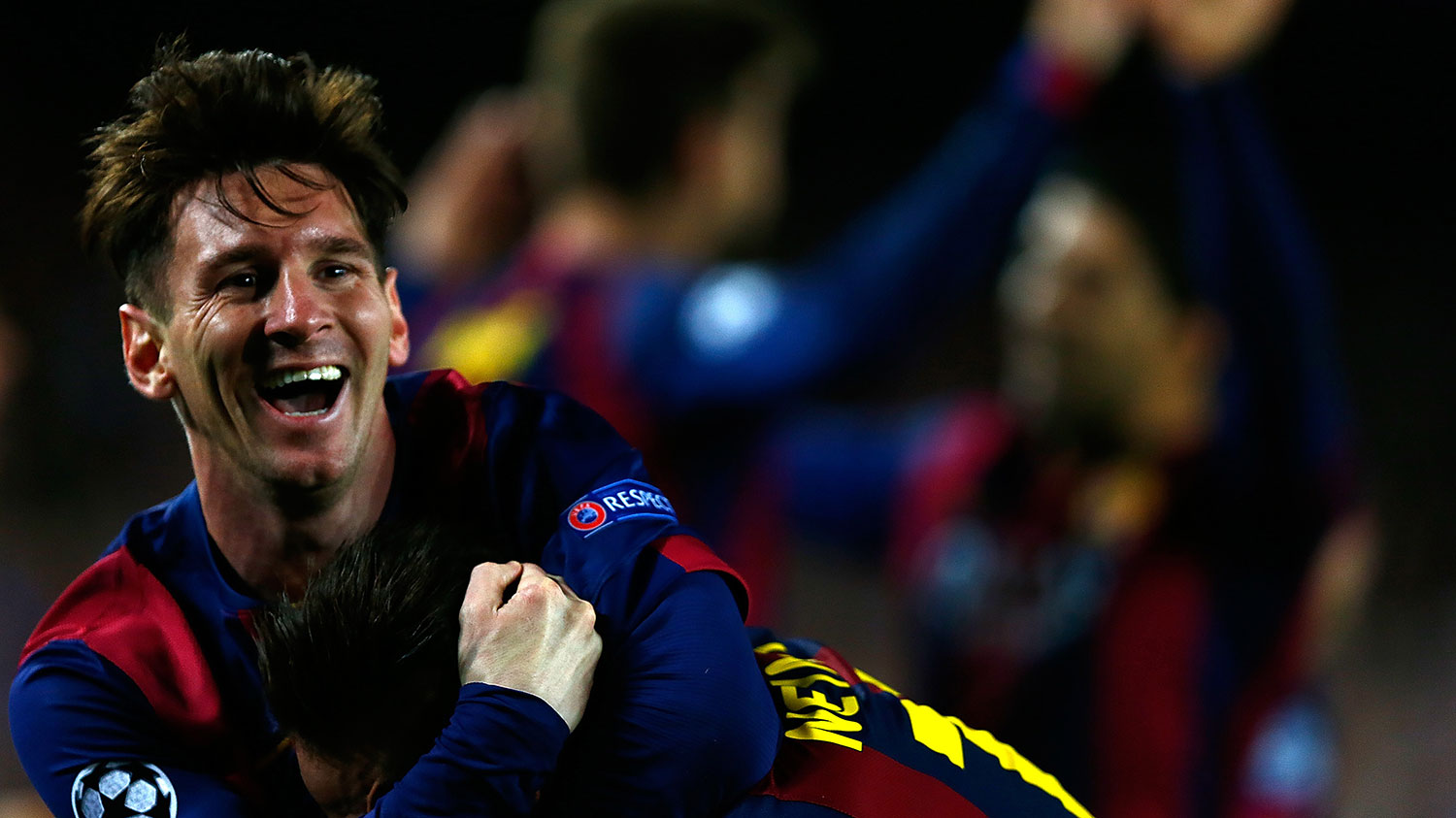 We briefly join the action during halftime of Bayern Munich–Barcelona at the Camp Nou. The score is tied 0-0 despite plenty of clear-cut chances for the hosts.

Ryan O’Hanlon: I’m not totally sure what just happened. Did Manuel Neuer transform into a bear at one point? How’re you holding up after that first half, Mike?

Mike L. Goodman: Better than Pep Guardiola, I imagine, but not by much. Guardiola came as close to costing his team the match in the first 15 minutes as any top manager I can remember. He could have reasonably set up his team to play a back three or a back four, but he decided that, of all days, today was the time to go the full Bielsa. Actually, if we’re being technical, it was even more insane than Bielsa, since the Argentine at least leaves an extra man at the back. Guardiola went straight up, ritually sacrificing Rafinha, Mehdi Benatia, and Jérome Boateng at the altar of Bayern’s big three, only to be bailed out by Neuer.

What’s even more concerning for Bayern, though, is that even when Pep switched the team to a back four after the first third, Bayern still weren’t able to really stabilize the game. Barça looks ragged, but that’s the price you pay to destabilize the most calm and calculated team in the world. Honestly, Bayern are lucky the match isn’t already over.

O’Hanlon: I need someone to fill my mouth with an entire pack of cigarettes and then light them all at once. I also imagine that’s what Pep is doing right now to prep for the second half.

And now we fast-forward to the end of the game, which Barcelona won 3-0.

Goodman: And we’re back. At least I’m back. Hopefully your lungs survived the halftime abuse.

There was a time when this game seemed sane. Somewhere around the hour mark, Bayern appeared to have stabilized. They weren’t exactly creating chances, but they were hanging on to the ball more and their butter-against-a-hot-knife quotient was greatly reduced when they did lose it. At around the 70-minute mark, Guardiola must’ve been thinking about what substitutions could win him the game.

Remember that, Ryan? Do you? It now seems like a lifetime ago. All hail Lionel Messi.

O’Hanlon: Would I carve a miniature portrait of Messi’s face into my forehead and then run around the world identifying nonbelievers and castigating them in public with an ornate baton? WHO’S SAYING I’M NOT ALREADY DOING THAT?

There was a point in the second half when I thought to myself, Hmm, this Guardiola team looks a little bit like a José Mourinho team. Countless outside-to-in attacks from Barcelona fizzled out amid a mass of Benatia, Boateng, and a handful of holding midfielders. It seemed like two great teams were destined for a stalemate — except that one of those teams had Messi.

I was touched by how they just buried Boateng on the field and then kept playing. That’s how he would’ve wanted it.1

In your preview, you talked about how Pep finally had a team full of his own players at Bayern, but is that better than having Messi? I don’t want to simplify this to “one team has the best player in the world, and the other doesn’t,” but it’s way easier to capitalize on the proper game plan when you have a magician to finish off the final step.

The thing about this game, though, is that Barcelona shouldn’t have needed Messi to terminate Neuer and so thoroughly erase Boateng from history that Kevin-Prince will no longer admit he ever had a brother. The hosts were dominant in the first 15 minutes and comfortably better for the majority of the rest of the pre-Messi ascension period as well. So, yeah, as Guardiola said after the game, Bayern were 15 minutes away from a good result, but that was despite how they played, not because of it.

There’s another world where maybe Bayern are healthy, Pep has his whole roster to choose from, and he concocts a game plan that actually stymies Barça for 75 minutes before Messi does his thing. Then you just throw your hands to the heavens and say, “Messi! What can you do?” This, however, is not that world. In this world, Guardiola’s team wasn’t good enough, and it just so happened that Messi’s magic was what delivered the message.

Also, while we’re slobbering all over this performance, can we talk about the Rakitic pass, which makes him an accessory in Boateng’s murder? The fluidity of Barcelona’s front three overshadows how perfect a fit Rakitic has been in this midfield. He’s done everything the team has asked of him, and it’s been quite a lot: attack, defend, go right when Messi comes central, go long when he comes deep, take over for a club legend in Xavi, and replace the last guy we thought was the future in Cesc Fàbregas. You know, no big deal.

O’Hanlon: And that’s before even mentioning Andrés Iniesta, who’s still ghosting past dudes with ease at 30, not quite ready to hand the “tiny, tricky, mobile midfielder” crown over to Thiago Alcantara just yet, and Sergio Busquets, still the soccer world’s greatest point forward. Add in two very good outside backs, an ideal, modern center-back pairing of a midfielder in Javier Mascherano and a giant in Gerard Piqué, plus a bench filled with capable, versatile players, and — at the risk of revealing that I’ve already lost my mind — I have to wonder: Is this the best club team I’ve ever seen? I know Pep’s Barcelona set the god-level standard, but this group can play all the necessary styles, and even with the big-money frontline, all 11 players seem to complement each other. There have been more talented rosters and there have been more cohesive units, but I don’t know if any team’s been able to pull both of those poles as close together as Barça has. And again: Messi.

ESPN’s SPI puts them at 94 percent favorites to advance to the final. A Bayern comeback isn’t even worth considering, right?

Goodman: As we’ve already established: Can Bayern come back? Messi. Though it’ll be fun to see them try.