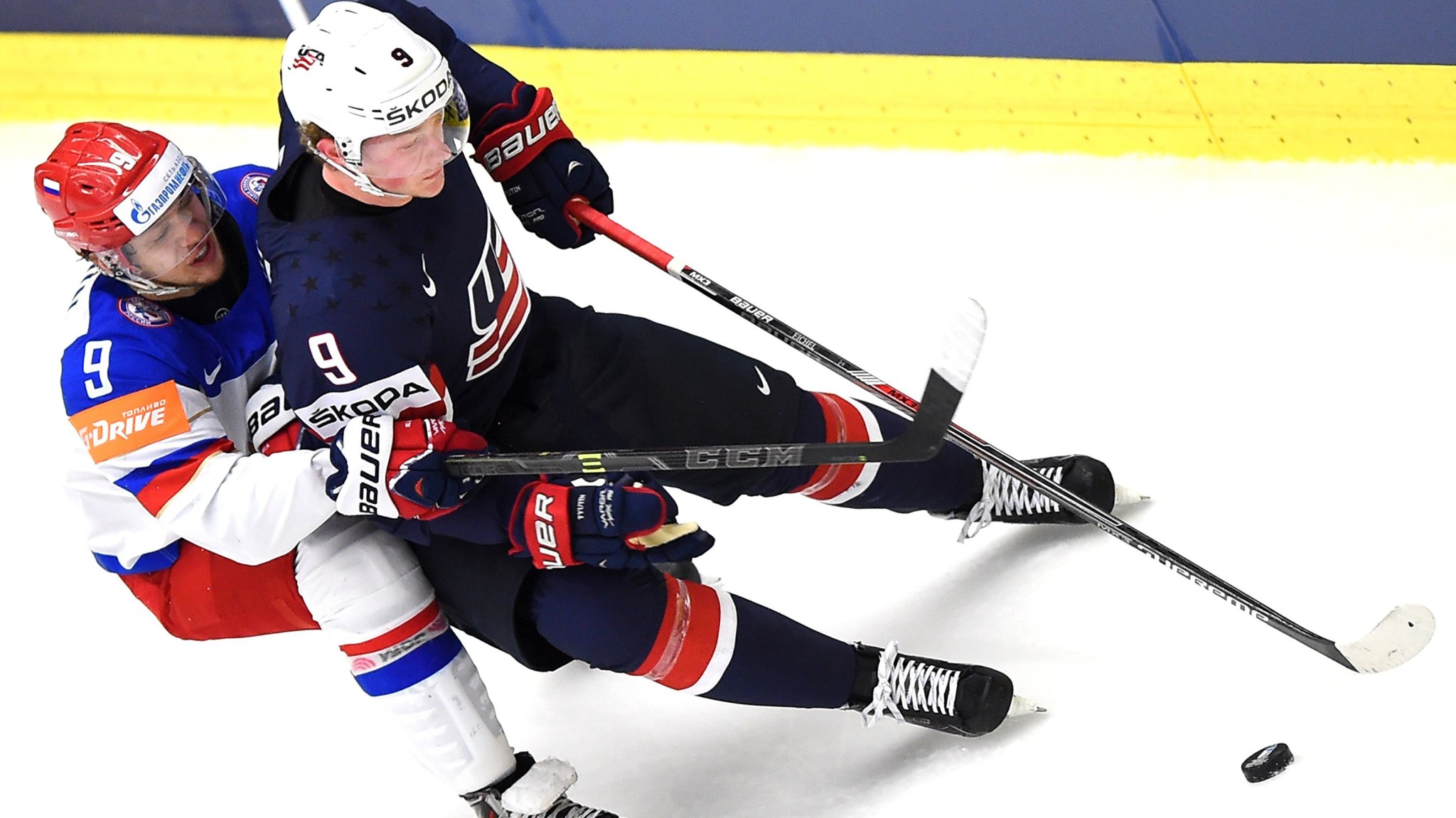 Right now, a typical NHL fan is spending just about every evening watching hockey. If the game goes to overtime, that can extend well into the middle of the night. On weekends, there are games on in the afternoons, as well. Which leads to an important question: What should we be doing in the morning?

Could I interest you in some hockey?

The IIHF’s Ice Hockey World Championship is taking place this month in the Czech Republic, and, thanks to the magic of time zones, that means we’ve got meaningful hockey to watch all morning. Granted, it may be a little bit tricky to drag yourself out of bed at 6 a.m. to watch Norway play Belarus, but hockey fans will find a way. After all, you can sleep in July.

The tournament has been running since last Friday, but if you haven’t been keeping track, don’t worry. There are still plenty of games left to go, and I’ve put together a handy guide to bring you up to speed. Here are 10 things you need to know about the World Championship:

1. This tournament is for the championship of the entire world!

Sounds pretty exciting, right? This is the big one. It says so right there in the tournament’s name. Whoever wins this one will be the undisputed world champ!

2. It’s not really a world championship in any meaningful sense.

Look, the World Championship is a nice tournament. It’s fun. It matters to the players who go. But it’s not a real world championship, and never really has been.

The tournament’s biggest problem is timing; since it takes place every year while the NHL playoffs are still going on, many of the world’s top players aren’t able to play. And even among those who are available, finding an excuse not to go has become a bit of an annual tradition. So while the World Championship always features lots of recognizable names, it’s never really a definitive best-on-best scenario.

But those tournaments aren’t going on right now, so … on to the World Championship!

3. There are a whole lot of teams.

International men’s hockey is generally considered to be a six-country sport, with gusts up to seven depending on how you feel about Slovakia. The big six — Canada, Russia, the USA, the Czech Republic, Sweden, and Finland — tend to dominate, with the occasional feel-good run by an underdog nation mixed in.

Since it’s kind of hard to run a six-team tournament, major events often work in two more teams and run with eight.1 Occasionally you’ll get 10 or even 12, with some preliminary tournaments to narrow down the field and give the countries with weaker programs a chance to play meaningful games. But once the real deal gets going, you want to avoid having too many teams cluttering up the schedule.

Not the World Championships. This year’s field features 16 teams, divided into two groups. And every team in a group plays each other in the round robin, which means …

4. All of those teams create lots of mismatches.

Most days on the round-robin schedule have a distinct “mid-’80s Saturday-morning wrestling” feel — you’ve got one good matchup if you’re lucky, and then a whole lot of squashes. Luckily, this year’s tiebreaking procedure doesn’t rely on total goal differential, so there’s no incentive for the stronger nations to really run up the score. But hockey is hockey, and you can take your foot off the gas only so much. We’ve already seen Canada beat Germany 10-0 and Sweden drop Latvia 8-1. That will continue as the round-robin portion wears on; there are basically one or two important games on the schedule for the top nations, and the rest are batting practice.2

5. Team USA is doing well, and it’s led by a surprising star.

Heading into today’s matchup with Belarus, Team USA is sitting at a perfect 3-0-0-0,3 good for first place in Group B. And that includes wins over a pair of strong teams: The Americans beat Finland 5-1 in the opener, and then knocked off the Russians 4-2 on Monday. Given that the toughest test left on their schedule is Slovakia, it looks like they’ve got an excellent shot at running the table during the round robin.

That would be an impressive showing from a team that really doesn’t feature any established NHL stars; when Justin Faulk is your big name, you’re probably not icing your best possible roster. But Team USA is young, featuring names like Seth Jones, Torey Krug, and soon-to-be no. 2 overall draft pick Jack Eichel, so their success is a good sign for the program’s future.

Perhaps the most intriguing player on the roster is Jack Campbell, the 23-year-old goalie. He’s a Dallas Stars prospect with one whole game of NHL experience under his belt. (He got shelled for six goals on 47 shots back in 2013.) Finding goaltending is always tricky in the World Championships, since the best goalies are usually still in the NHL playoffs or taking time off to rest. But while Campbell is probably still a year or more away from a regular NHL job, he has plenty of international experience, and he’s been very good so far in this tournament.

6. Canada sent a bit of a powerhouse.

It’s become an annual tradition in Canada: The World Championships arrive, all of the nation’s top players are either busy or pretending to be, someone else wins gold,4 and Canadians complain that they would have wiped the floor with the rest of the world if only Sidney Crosby and friends had been there.

Well, that excuse is out the window this year, because the Canadian lineup is pretty stacked. Crosby is there, making his first appearance since 2006 (when he won the scoring title as a teenager). He’s joined by other top stars like Claude Giroux, Tyler Seguin, and Taylor Hall. In fact, the forward lines look an awful lot like an NHL All-Star team.

Team Canada isn’t unbeatable — the blue line isn’t as star-studded as the forward, and the goaltending duo of Mike Smith and Martin Jones is just OK — but they can’t say they didn’t get to bring any stars. And the Canadians have looked good so far, winning their first four, including a comeback win over Sweden yesterday.

7. There are lots of other familiar names.

There’s some other top talent spread around the rest of the teams that will be familiar to NHL fans, including Russia’s Vladimir Tarasenko and Ilya Kovalchuk (remember him?), Sweden’s Oliver Ekman-Larsson, and even Slovenia’s Anze Kopitar. And, of course, Jaromir Jagr is playing for the Czechs, because at this point Jaromir Jagr just wanders the earth looking for any hockey game he can find and then joining in.

8. It’s an IIHF tournament, so everything is kind of weird.

OK, yes, “weird” is relative here, and I’m coming at this from a North American perspective. But if you’re planning to tune in to a World Championship game, be prepared for ads on uniforms, clocks that occasionally go the wrong way, and arenas that always seem to have a car parked in each corner for some reason.

The tournament also features a few tweaks that will appeal to certain NHL fans. For one, it uses the 3-2-1-0 point system, meaning teams are rewarded for going for the win in regulation rather than waiting for overtime or a shootout. (That’s where the extra digit in teams’ records comes from.) And there’s even relegation, that fascinating European concept that sees the worst teams get kicked out of the top division and back down into the minor leagues.

9. The whole thing might come down to a shootout.

A quick reminder: Shootouts are awful, and no true hockey fan likes them. They can be fun, sure, but they’re no way to settle a meaningful game. That’s true of NHL regular-season games in November, and it’s even more true for do-or-die contests in an international tournament.

But the IIHF loves them, so we’re stuck with them. All games at this year’s tournament will settle ties by using a single sudden-death overtime period, followed by a shootout (or, to use what is for some reason the IIHF’s preferred parlance, “game-winning shots”). That includes the gold-medal game, since apparently everyone involved in the tournament has an early flight and we wouldn’t want to get stuck watching some sort of multi-overtime classic.

The good news is that the overtime gets longer as we go — five minutes in round robin, 10 in the playoffs, and then a full 20 in the gold-medal game. That helps, but we’re probably going to get stuck with an elimination shootout at some point. That makes now a good time to remember that the IIHF’s shootouts are weird. They start off normally enough, with three shooters on each team. But if we’re still tied after Round 3, teams can start reusing players, and all hell breaks loose.

If this sounds familiar to you, it’s probably because it happened at least year’s Olympics, when T.J. Oshie ended up single-handedly beating the Russians. Another memorable example came in the 2007 WJC semifinal, when Canada used a steady dose of adorable youngster Jonathan Toews to beat Team USA.

If it happens again, it’s OK to enjoy it at the moment. Just remember to deny it later.

10. Only the team that wins will remember.

We probably should have listed this entry first, since it’s pretty much rule no. 1 of the World Championships: You’re obligated to care only until your favorite team is eliminated. Once your country is out, the tournament ceases to exist for another year. So, uh, go easy on the tattoos.