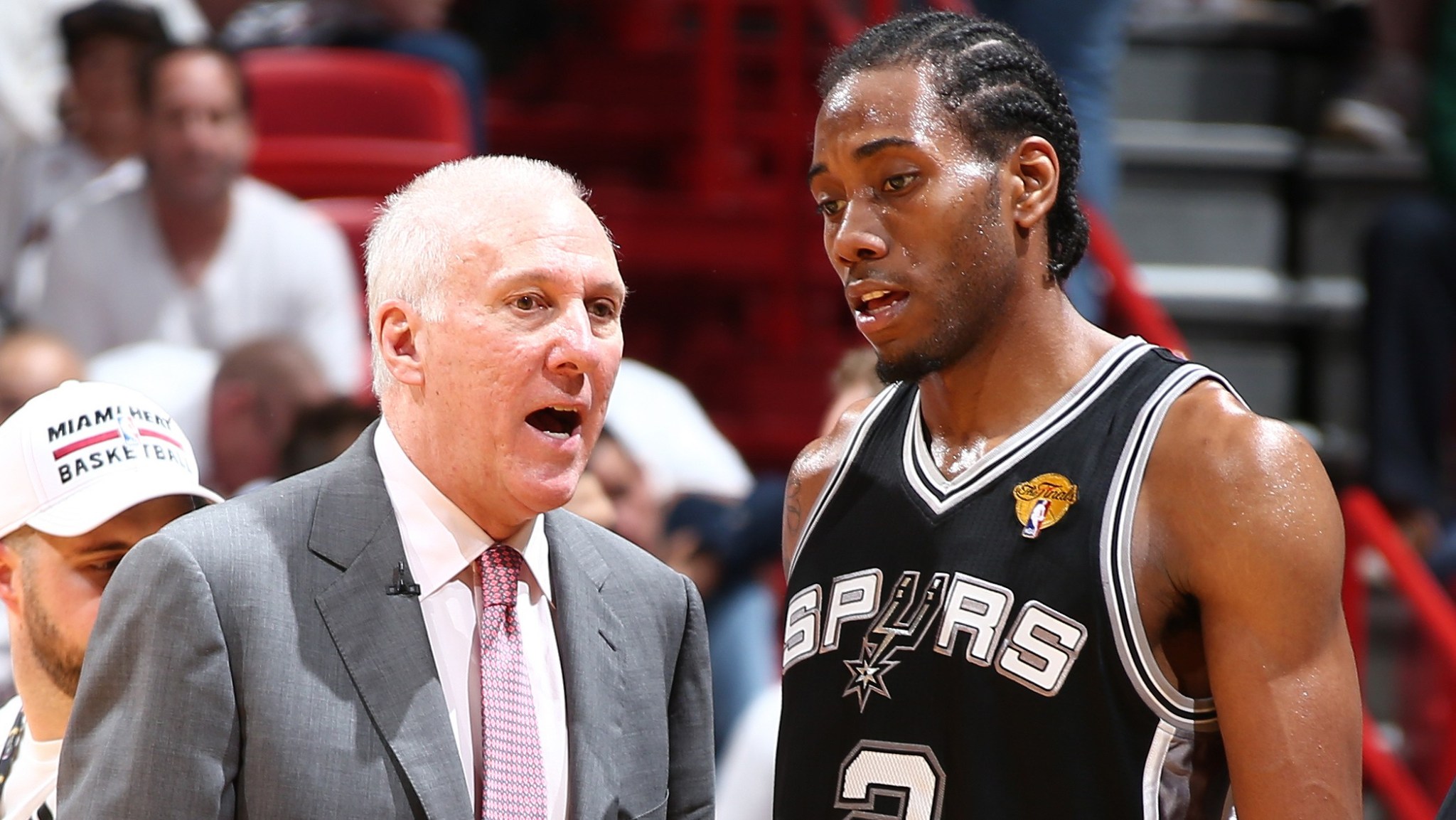 In case you were busy buying milk and cookies to hasten the arrival of World Cup mascot Fuleco, here are the top five stories you missed in sports on Tuesday:

In turning the NBA Finals into NBA Jam:

Kawhi Leonard poured in a career-high 29 points for the San Antonio Spurs, who shot an obscene 75.8 percent from the field in the first half, as they blew out the Miami Heat 111-92 to take a 2-1 series lead in the NBA Finals. “I’m giddy as a schoolgirl,” said Spurs coach Gregg Popovich after the game, using a sarcastic, gruff monotone. “My goal was to have my team shoot a high percentage for half of Game 3, and now that it’s been accomplished I’m going to buy some laurels to rest on. Where does one buy laurels these days? Also, what was the question?” When told that no question had been asked, and that he in fact was interrupting Heat coach Erik Spoelstra’s press conference, Popovich shrugged and said, “That’s a stupid question you’re about to ask Erik,” before walking out of the room. Just then, a reporter asked Spoelstra whether he thought his team was capable of recovering from this defeat. As Spoelstra began to answer, Popovich popped his head back in to say, “Swish,” before vanishing into the night.

In consorting with a power even higher than Sepp Blatter:

Cristiano Ronaldo looked healthy and Portugal looked dominant in its final World Cup tune-up, beating the Republic of Ireland 5-1. “This is the worst day of my life,” said Ghanaian witch doctor Nana Kwaku Bonsam, who had claimed to have cursed Ronaldo in advance of the World Cup. “Well, except for the day when that terrible ‘Witch Doctor’ song first hit the charts here in Ghana. That is still the worst day of my life.” Dr. Bonsam closed his eyes as he reminisced. “Everybody was like, ‘Have you head that walla-walla-bing-bang song?’” Bonsam said. “And it’s like, I want to tell them, ‘That song is demeaning garbage.’ But to even deign to speak on the matter was so far beneath me. I am a doctor who consorts with the devil. The devil. I’m not a weirdo with a bone through my head. Even my son came up to me and called me Dr. ‘Bone-sam.’ It’s like, ‘Have a little respect for your father’s work with the devil.’” Bonsam then shook off the uncomfortable memory and added, “At least that curse I put on Pepe to make him act like a dick all the time is still working out.“

Doug Fister outdueled Giants starter Madison Bumgarner in a 2-1 win for the Washington Nationals. The tense affair proved especially trying for Fremont mother of three Kelly Fitzgerald-Curtis, who spent the bulk of the evening attempting to prevent her three sons, Joshua, James, and Tyler, from figuring out the unfortunate ways in which the starting pitchers’ names could be combined for humorous effect. Her efforts were hampered by UC Berkeley undergraduate Colin McCarthy, who, seated in an adjacent row, spent the game challenging himself and his dorm mates to make increasingly off-color remarks at the expense of Fister, leaving Mrs. Fitzgerald-Curtis the unenviable choice of either letting her sons roam the stadium freely or hastily teaching three adolescent boys about the birds and the bees in the upper deck of AT&T Park.

Angels outfielder Collin Cowgill’s walk-off home run ended a 14-inning AL West stalemate, as Los Angeles beat the Oakland A’s 2-1. However, after an official review, Oakland was given the win because Yoenis Cespedes had done this hours earlier:

However, after another official review, the original reviewing official was revealed to be undercover officer Frank Drebin, and victory was restored to the Angels.

Cardinals starter Adam Wainwright shut down the hapless Rays, who are now nursing a 28-inning scoreless streak, while Matt Holliday’s solo home run provided just enough offense for St. Louis, who beat Tampa Bay 1-0. The Rays are now a staggering 18 games under .500, a fact that Ghanian witch doctor Nana Kwaku Bonsam attributes to “a long game orchestrated to punish those who would drop the devil from their name. A really, really confusingly long game. Give me this one. Please.”