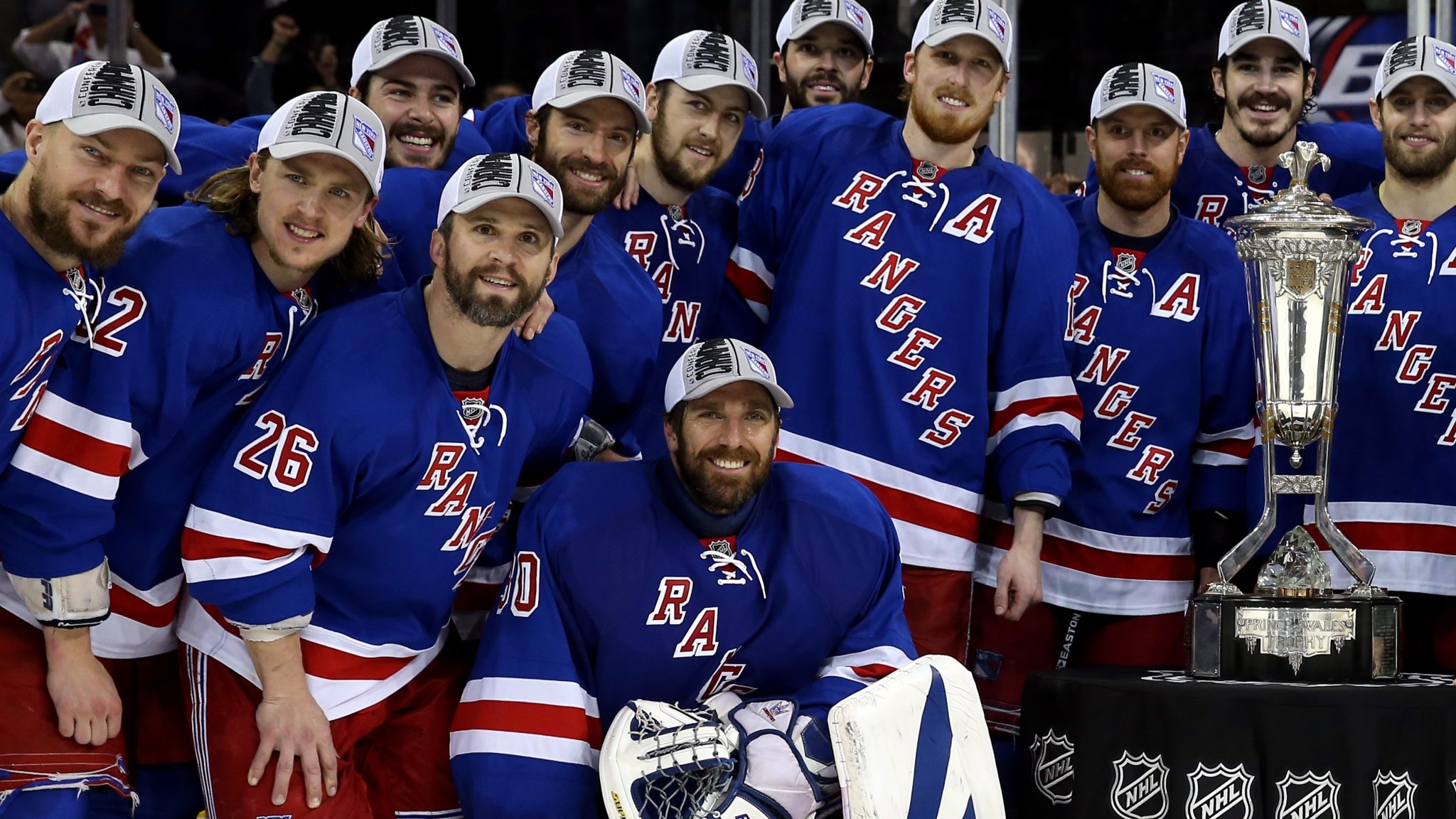 In case you were busy engaging in shenanigans and buffoonery, here are the top five stories you missed in sports on Thursday:

In the Qvists that shall continue:

On the strength of a Henrik Lundqvist shutout, the New York Rangers beat the Montreal Canadiens, 1-0, and are going to the Stanley Cup final for the first time since 1994. “Our team was great, but this Rangers team is a like a box of chocolates,” said Rangers legend Mark Messier, the captain of the ’94 team. “And they’re going to a place where the beer flows like wine. Where beautiful women instinctively flock like salmon of Capistrano. I’m talking about a little place called the Stanley Cup final. And if they go slower than 50 miles per hour they’ll explode before winning the Cup. But hope is a good thing. Maybe the best of things. And this team is smokin’! So let me ass you a question: Can you feel the love tonight? And if my answers frighten you, then you should cease asking scary questions.” When Messier was interrupted, and asked whether he was making an inane series of references to movies from 1994 in a sad attempt to remind people of his glory days, Messier replied, “I can’t believe you stopped me before I got to knucklepuck it home with a D2: The Mighty Ducks reference.”

A return to San Antonio meant a return to form for the Spurs, who walloped the Oklahoma City Thunder, 117-89, to take a 3-2 lead in the Western Conference finals. Many are speaking to the impact of home-court advantage in this series, and to this point the home team has dominated all five matchups. However, I’d like to speak to the continued trend of the Thunder doing awesome things in their playoff losses. In this case, let’s take a look at Russell Westbrook last night:

Am I saying that Westbrook’s dunk doomed the Thunder to lose Game 5 of the Western Conference finals? Yes. Definitely. No question in my mind. Analysis over. Moving on …

In justice is served … ish:

Former Microsoft CEO Steve Ballmer has reportedly purchased the Los Angeles Clippers from Donald Sterling’s family trust for $2 billion after Sterling himself was deemed legally incapacitated due to a crippling case of hideous racism. Unfortunately, this archival footage of Ballmer from 1997 suggests that things won’t be smooth sailing for the Clippers:

In making a record in the month of May:

Edwin Encarnacion’s two home runs helped him tie Mickey Mantle for the AL record for home runs in May, but they weren’t enough for the Blue Jays, who lost 8-6 to the Kansas City Royals, snapping Toronto’s nine-game winning streak. Meanwhile, in Houston, rookie George Springer hit his seventh home run in seven games and 10th home run of the month in the Astros’ 3-1 win over Baltimore, equaling Jose Canseco and Wally Joyner’s joint mark for the third-most ever hit by a rookie in May. “No way, I worshiped that dude as a kid!” exclaimed Springer when told of the company he joined with his home run. When asked what he thought of his former idol’s presence on Twitter, Springer asked, “Wait, is Wally Joyner on Twitter? That’s amazing! I had the Wally World poster on my wall. I always thought he was way better than Dale Murphy. Wally Freakin’ Joyner! So good.” Springer then poked around on his phone for a minute before looking up the press corps and saying, “Dude, Joyner isn’t on Twitter. Why would you betray a Wally worshiper like that?”

In there’s not tying in bees, ya’ll:

The Scripps National Spelling Bee ended in a tie for the first time since 1962 as Sriram Hathwar and Ansun Sujoe exhausted the championship words without either landing a decisive spelling blow on his opponont. [DING.] Oh, for crying out loud …