About Last Night: Rangers Run Over 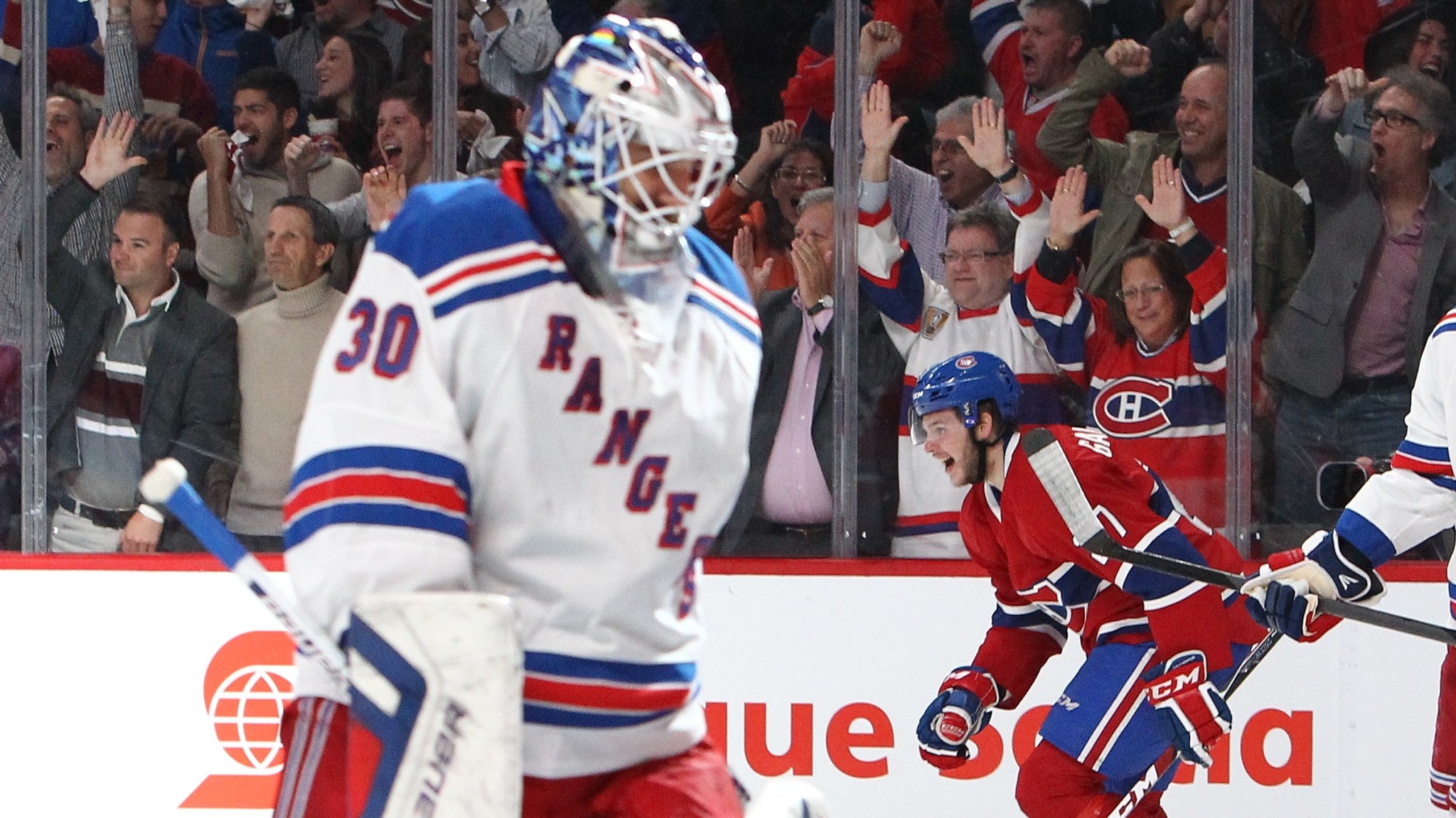 In case you were busy redefining what it means to get Bourqued, here are the top six stories you missed in sports on Tuesday:

In the Qvist to save one’s Canadian bacon:

The Montreal Canadiens chased Henrik Lundqvist in the second period and kept pouring in the goals, staying alive in the Eastern Conference finals with a 7-4 win over the New York Rangers. When asked if he had lost any confidence because of his benching, Lundqvist narrowed his steely gray eyes and replied, “Look at my face. Look at it. Does it look like I have lost confidence?” When told that no one could really tell, Lundqvist replied, “Oh, yes, I don’t know either. I just thought I would give you the gift of looking at my face for a little while. What were we talking about?”

In really effective work from a guy who has had three knee surgeries in the past year:

Russell Westbrook led the way with 40 points, 10 assists, and five steals as the Oklahoma City Thunder evened up the Western Conference finals at two games apiece with a 105-92 win over the San Antonio Spurs. Westbrook becomes the second player in NBA history to reach those totals in a postseason game, joining only Michael Jordan in the “Scorey-Sharey-Stealy” club, which will now need a better name than the whimsically idiotic one Jordan gave it when he was the club’s only member.

In news that will make us finally acknowledge an uncomfortable truth:

Dallas Cowboys middle linebacker Sean Lee is likely out for the upcoming NFL season after reportedly tearing his ACL in the first day of OTAs. Adding to the woe caused by this injury is the uncomfortable truth mentioned above: Cowboys fans who complain that their franchise has become cursed are no longer in the wrong. Horrifying news all around.

Despite giving up four runs, Blue Jays starter Mark Buehrle won his league-leading ninth game of the season as Toronto beat the Tampa Bay Rays 9-6. “I think we can all agree that pitcher wins are the only stat that really matters,” Buehrle said after the game, which drew only the silence that ensues when someone says something that may or may not be sarcastic. After a hideously awkward 30 seconds passed, Buehrle confused things more by deadpanning, “Just kidding, we all know that saves and RBIs also let you know a lot about a guy’s true talent level.”

Houston starter and likely British character actor Collin McHugh took time off from playing minor characters in Masterpiece Theatre miniseries to throw seven shutout innings in the Astros’ 3-0 win over the Kansas City Royals. Meanwhile, Cardinals starter Lance Lynn threw his first career shutout to give St. Louis a 6-0 win over the New York Yankees. “We had to push his pitch count by seven pitches,” said Cardinals manager Mike Matheny as ominous tones played in the distance, “but I’m sure he’ll be fine.” Darkness then fell upon the Cardinals’ clubhouse as Matheny noted that Lynn’s arm has seemed strong all year, before a spooky looking mirror that no one had noticed before crashed to the ground.

In how do you say dos a cero in Azerbaijani?

The U.S. men’s national team started slowly in its first tuneup since the team’s World Cup roster was announced, but late goals from substitutes Mix Diskerud and Aron Johannsson gave the U.S. a 2-0 win over Azerbaijan. Also, the answer to the above question is iki sifir. Now if only anyone knew how to say dos a cero in Portuguese, Akan, or German …