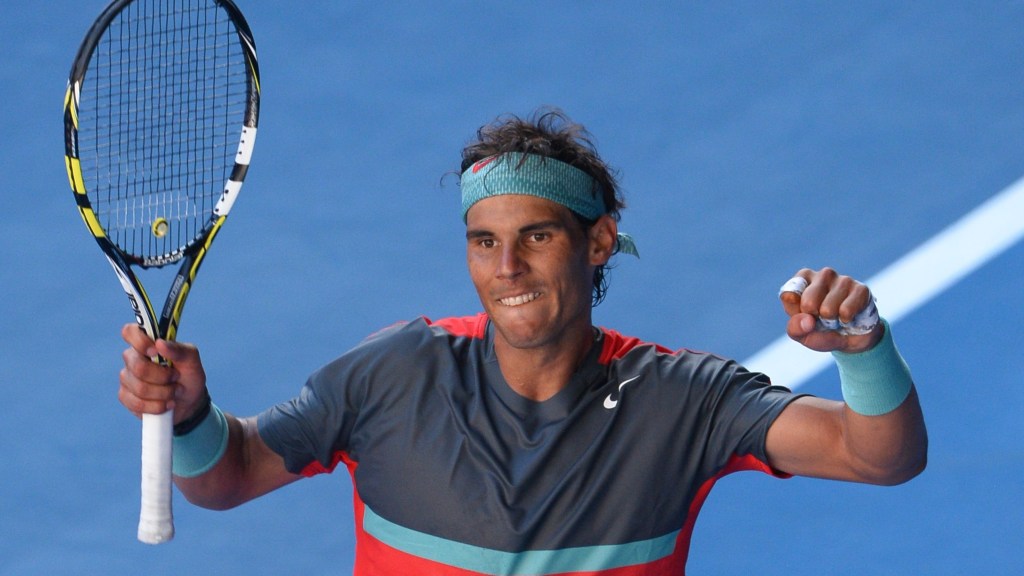 In case you were busy putting your house on Team Rice in the Pro Bowl, here’s what you missed in sports on Tuesday:

• Overcoming a blister on his racket hand, Rafa Nadal survived the slew of upsets that have struck the Australian Open, beating Grigor Dimitrov, 3-6, 7-6 (3), 7-6 (7), 6-2, to advance to the semifinals. “I never prepare to play this Grigor, so I always get off to a slow start,” Nadal explained after the match. “But one of these times my banking on him, how would you say it, metamorphosizing into a cockroach while he sleeps, and then him terrifying his family and dying alone in his room amid an existential crisis — that all will pay off for Rafa.”

• Kevin Durant exploded for 46 points, as the Oklahoma City Thunder pulled away late to beat the Portland Trail Blazers, 105-97. “When the basket is an ocean, you can’t really do much about it,” Portland guard Wesley Matthews said after the game before pausing. Matthews’s eyes then turned dark as he screamed, “Wait a second! Why is the basket for Kevin an ocean? The basket for both teams should be a basket, with a metal rim and netting. Or they should both be oceans. I want to shoot at a damn ocean. Why am I only thinking of this now?”

• The Michigan State Spartans were forced to come from behind and hold on late to top Indiana, 71-66, to improve to 7-0 in Big Ten play. “That was almost as bad as taking the team to an inspirational early screening of 300: Rise of an Empire,” Michigan State head coach Tom Izzo said after the game. “I thought it would be inspirational, anyway. But everyone read way too much into the questionable politics of the Spartan system of brutally enforced military culture. Then Keith Appling was all like, ‘Hey, that’s a lot like our system of athletics under the NCAA,’ and that gave everyone a lot to think about. Which was definitely not what I was going for at all.”

• Reports suggest that numerous Major League Baseball players wanted Alex Rodriguez removed from their union after he sued the organization in the wake of his 162-game suspension for the use of performance-enhancing drugs. “Brothers, please understand why I did what I did,” a shirtless Rodriguez announced from the back of his megayacht Deceit as it remained anchored in international waters off the coast of Venezuela. “When Cesar Chavez fought for union rights centuries ago,” Rodriguez said as he mindlessly threw grapes over the port side of the yacht, “he never imagined how wealthy I would become. And now that I am that wealthy, it’s incumbent on me to look out for no. 1.” When asked by newly appointed first mate of common decency Rob Ford if that was really the angle he was going with, and also if it was cool for Ford to finish off the brewskis in the fridge, Rodriguez replied, “Obviously yes to both questions.”

• Julius Randle posted a double-double as Kentucky easily handled Texas A&M, 68-51, to move to 4-1 in SEC play. Aggies reserve forward Davonte Fitzgerald was reportedly furious after the game, telling his teammates, “You sons of bitches better get me some wins, because I have 2,500 8x10s signed ‘Davonte Basketball,’ and those sure as shit aren’t going to move themselves.”

• The Blue Jackets’ surge continues, as R.J. Umberger scored two goals in Columbus’s 5-3 win over the Los Angeles Kings. However, no one in the organization was willing to credit defenseman Jack Johnson’s rallying cry, “It’s navy blazer season, bitches,” for the team’s seven-game winning streak.