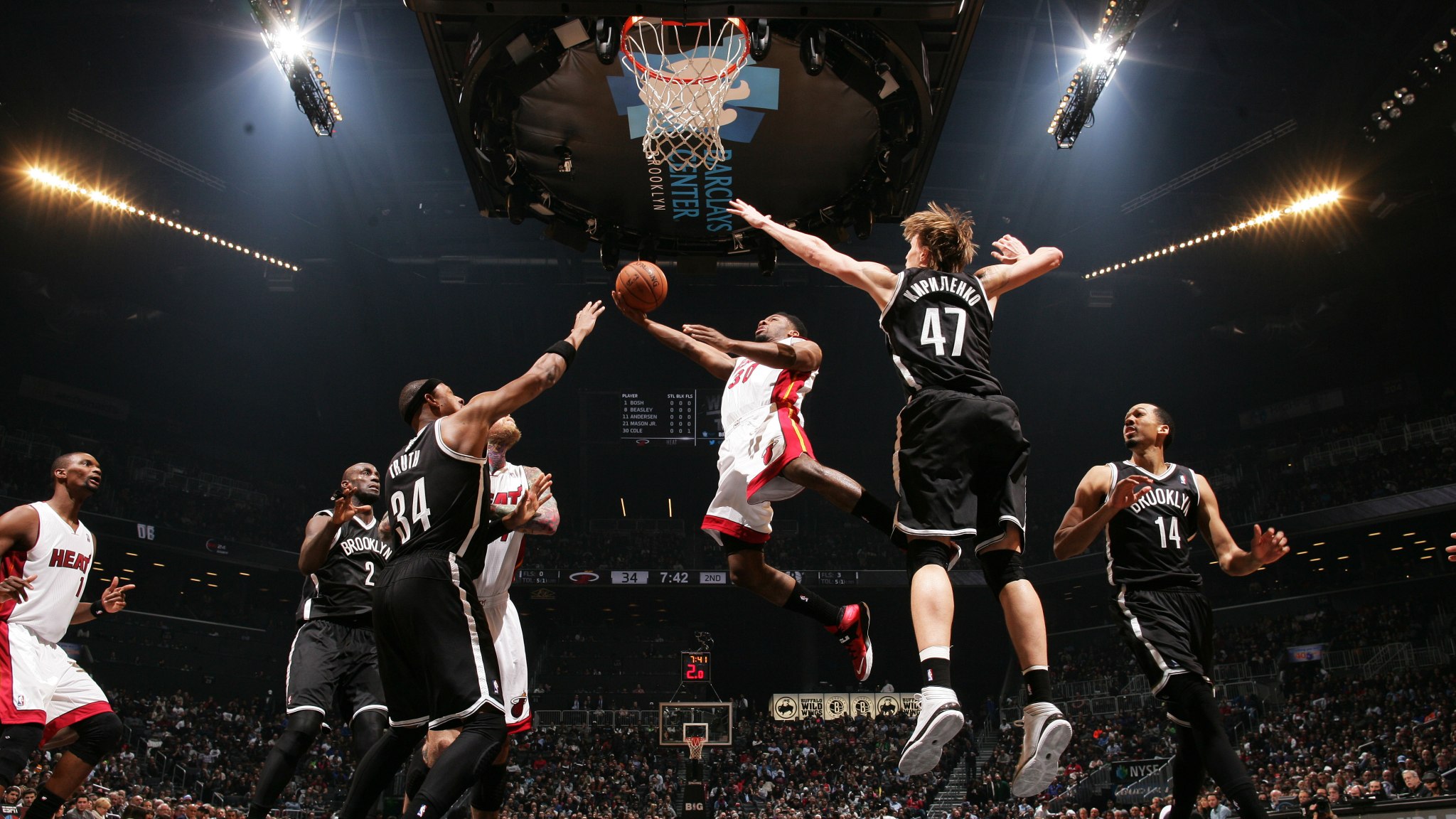 Miami Heat backup point guard Norris Cole plays a brand of defense that is, frankly, rather invasive. He’s all up in his mark’s business, all the time. At 6-foot-2 and 175 pounds, Cole’s not the biggest or bulkiest point guard, so he plays the pest instead. He pressures the ball relentlessly, forcing the opposition to waste precious seconds off the shot clock before getting the ball over half court and initiating the offense.

“I can pick up and pressure for a whole game and I won’t get tired,” Cole said after an early January game against the New York Knicks in Madison Square Garden, one he started in place of the injured Mario Chalmers. “I can blow up pick-and-rolls where we don’t have to keep two [defenders] on the ball. [I can] get over screens or under. I think that continuous pressure without getting tired or anything like that — I think that’s my gift.”

As executives, coaches, players, writers, and statheads have tried to gain a better understanding of NBA defense over the last few years, there has emerged a line of thinking that point guard defense is either not important at all, or at least not as important as big man defense. For his part, veteran Heat wing Shane Battier strongly disagrees.

“I would say it’s the most important [part of defense],” Battier said before that game against the Knicks. “You can figure out everything else, but defense starts with the point guard. Norris has been a great anchor for us up front. When you can get the ball handler to initiate an offense from further out than they’re used to, it affords the wings, it affords the big guys an extra second on defense, and that’s often the difference in a possession.”

Coaches often talk about getting their teams into their sets more quickly. The sooner the action starts, the more time there is to run through multiple options and find an open shot. That two- or three-second delay in initiating the offense can mean the difference between a heavily contested 3 and a pump fake that leads to a layup.

Though point guards aren’t often considered defensive anchors, it does seem that Battier, of course, is right about Cole. The fact that Cole had prior experience playing Miami’s blitzing style of pick-and-roll defense from his days at Cleveland State helped make him an impact defender from the jump. The disruption he’s capable of causing is readily apparent in Miami’s game film, but a dig into the numbers is necessary to do it real justice.

• The Heat have allowed opponents only a 101.3 offensive efficiency with Cole on the court this season, according to NBA.com, a per-possession points allowed rate that would rank eighth in the NBA; it is also 2.2 points per 100 possessions better than the Heat’s mark without Cole on the floor.

• Heat opponents score fewer points in the paint, shoot a lower percentage from the field (45.3 percent vs. 46.8 percent) and from 3 (32.8 percent vs. 41.4 percent), and generate fewer assists both overall and as a percentage of their field goals made when Cole is in the game.

For all his defensive prowess, though, it’s Cole’s development on the other end of the floor that has elevated him from the niche player he was as a rookie to the key rotation cog he is today. Cole spent most of his time at Cleveland State playing on the ball, as point guards tend to do. His shots mostly came off the dribble, whether he was pulling up or attacking the rim.

But Heat point guards are not asked to do the same things that most point guards are. Sure, they bring the ball up the court, and they even initiate the offense some, but they aren’t primary ball handlers. The role they play is closer to that of a shooting guard or small forward on most teams. Often stationed in the corner or elsewhere around the 3-point arc, Heat point guards mostly spot up, set screens, and attack closeouts off the catch.

Though he struggled to find his shot as a rookie (39.3 percent from the field and 27.6 percent from 3), Cole professes that he never was, and certainly is not now, bothered with the transition. “I’m a guard. Of course, I’m used to handling the ball; I like handling the ball as a point guard, but we have some of the greatest playmakers in the world with D-Wade and LeBron, so it’s an easy transition. It’s not too hard.”

The steady progression in his jumper is evident in his shooting percentages, which are up from all areas of the floor for the second consecutive year. After raising his conversion rates to 42.1 percent from the field and 35.7 percent from 3 last year, he’s up to 47.2 percent and 41.2 percent, respectively, this season. In true Heat fashion, he’s become especially proficient in the corners, from which he’s made 45.7 percent of his shots during the 2013-14 campaign.

Cole attributes the gains he’s made to confidence and repetition. “Having the confidence to make the shots [is big],” he said. “My first year, it wasn’t that I couldn’t shoot. I could shoot. I’ve been able to shoot. It’s just a matter of getting used to the position that I was going to be shooting and having a feel in shot selection. I’ve been able to shoot my whole life; it’s a matter of shot selection. I think my shot selection has gotten a lot better, and I put in work as far as repetition.”

Cole says he works on spot-up 3s every day, in addition to practicing five-on-zero continuity drills so he knows the right place to be at the right time within Miami’s sets. Sometimes those sets involve him working on the ball — traditional point guard style — as a pick-and-roll ball handler, but for the most part he’s an ever-present off-ball threat, ready and willing to let fly on a catch-and-shoot 3 at a moment’s notice.

“This team is different because you have Dwyane, you have LeBron,” Battier said. “We have nontraditional ‘point wings.’ Norris is shooting a great percentage from 3 this year. Mario is too. Playing this way might not always be the case for their career. They might find themselves in a situation where they’re the primary ball handler, but it’s always good to have that skill set off the ball.”

Despite Cole’s rather obvious offensive progression and defensive acumen, it’s still often said that teams can attack Miami at the point guard position. Commentators and pundits, when searching for a weakness, often settle on the slot manned by Cole and Chalmers, who himself has improved markedly over the course of his six-year NBA career. It’s the natural place to land when there are multi-time All-Stars at nearly every other spot in the lineup. But it doesn’t bother Cole one bit.

“Talk doesn’t really bother me because eventually you’ve got to play on the court. Like a fight, you can talk all you want, but eventually you’ve got to get in the ring and fight. Talk off the court doesn’t bother me. I know in between the lines, and after the games, teams know who’s who out there and who can play. So I don’t really worry about talk. I know on the court what I can do, and the guys that I play against, they know what I can do.”

"As a player, you have to go to college, you have to develop your skills and so forth and so on and then come to the league. So, we kind of got sold on that, sold on that dream a little bit and, fortunately, I didn't really listen too much to it. Neither did [Kevin Garnett], neither did LeBron [James] and that worked out pretty well for our careers."