The Weirdest of the Weirdos: Manu Ginobili and the Spurs’ Exception to Their Rules 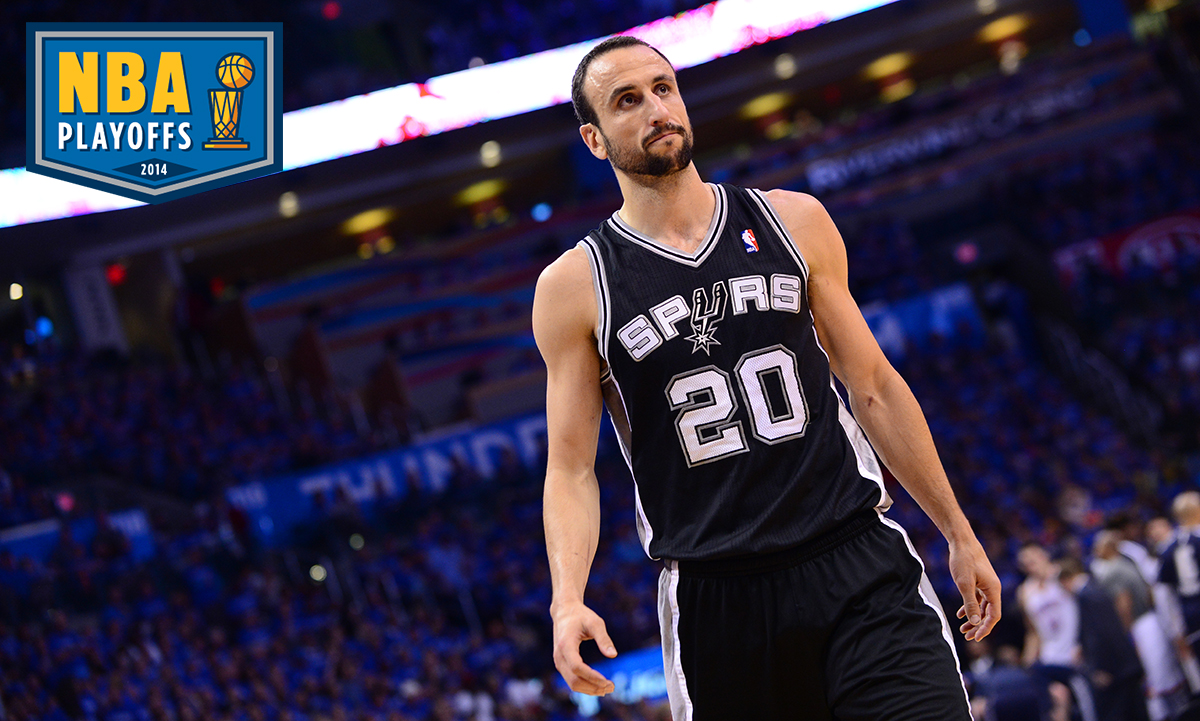 When you think of the San Antonio Spurs, you think of Tim Duncan. As well you should. He’s the longest-tenured player on the team; he holds all kinds of franchise records; he has long been a paragon of the virtues — class, professionalism, selflessness, long-term excellence, and fundamental on-court play — commonly associated with the organization; and he is arguably the greatest power forward of all time.

Duncan is often referred to as the symbol of San Antonio’s greatness, but in my mind he is actually too much of a prototypical Spur to accurately symbolize the way the Spurs exist in the NBA ecosystem. The Spurs are and have been the most consistently great team in the NBA for a good while, and as such they are constantly upheld as a model organization, but the truth is that almost no other NBA franchise operates the way they do. They have long been the ultimate outsiders, even while remaining in the inner circle of championship contenders for the entirety of Duncan’s career.

The Spurs have been ahead of the curve on nearly every strategic and tactical development of the last decade and a half. The value of the corner 3; the relative lack of value of offensive rebounding compared to transition defense (though some have challenged that notion); the sacrificing of dollars and touches in pursuit of larger team-based goals; hyper-aggressive minutes management; and constantly fluid rotations with a deep and versatile bench. San Antonio was among the first to adopt each of these strategies and many more.

They’re still such an outlier on the minutes-management front that this season the Spurs became the first team in modern NBA history on which every player on the roster averaged less than 30 minutes per game. Gregg Popovich has been sitting his stars — and even hyper-competent role players like Danny Green — to save their legs for the playoff grind since before it was in style. (And I’m not even sure it can realistically be described as “in style” just yet. Miami is really the only other team doing this, and even then it’s just with Dwyane Wade.)

The Spurs are weird, way more so than any other team in the league. And that’s why the true symbol of San Antonio’s greatness is none other than Manu Ginobili — the outlier among outliers, the weirdest among the weirdos.

Nearly everything the Spurs do differently than the rest of the NBA can be viewed through the prism of Ginobili, particularly when it comes to minutes, random rest days, and individual sacrifice on both a salary and statistical level. Manu’s been coming off the bench despite being one of the two or three best and most productive players on the team for nearly his entire career — he’s started more than 50 games just three times in 11 years. He’s averaged over 30 minutes per game only twice, with a career high of 31.1 way back in 2008. He’s never made more than $14 million — significantly less than the maximum — in any season of his career. He’s never been the team’s leading scorer or assist man, despite possessing the most diverse offensive skill set on the roster.

Just as the Spurs exist on another plane of greatness, so, too, does Manu among bench players in modern NBA history. He is so far ahead of the pack that it’s not even worth putting anyone else in the conversation for the title of “Best Bench Player of the Modern Era.”

Manu operates under an entirely different set of rules than the rest of the Spurs, at the intersection of singular talent and team-oriented system. Before Kawhi Leonard came along, Ginobili was the only player on the team who could get away with gambling out of scheme for steals. He’s still pretty much the only player who can get away with breaking the offense and not having Gregg Popovich look like he wants to murder somebody. His wild drives and outrageous passes are otherwise anathema for the Spurs, whose offensive system is an acutely constructed machine that runs with Peyton Manning–esque precision — except when Manu decides to pursue something that seems beyond possibility until the moment it actually happens.

One-handed hook passes across the court:

Behind-the-back dishes to the corner off the drive:

Whatever this thing is:

I mean, who even thinks of this stuff? Nobody but Manu.

Tim Duncan is unquestionably the heart and soul of the Spurs, the beacon that guides the team. Tony Parker is the team’s best player. Kawhi Leonard is the future. R.C. Buford is the architect and Gregg Popovich is the hand on the wheel. But Manu, more than anyone, represents what the Spurs are really about — being great and being different, all at the same time.